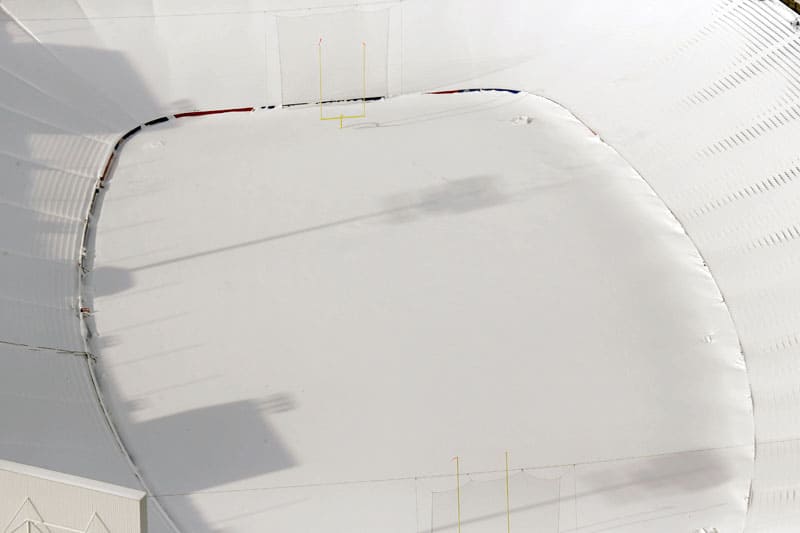 Sunday’s New York Jets at Buffalo Bills football game has been moved to Monday night at 7pm ET, the NFL announced this evening.

Instead of at snow-covered Ralph Wilson Stadium in Buffalo, the game will be played at Ford Field in Detroit, Michigan. CBS will reportedly broadcast the game in the local Buffalo and New York markets.

Below is full statement from the NFL:

Due to public safety concerns in light of the ongoing weather emergency in western New York, Sunday’s Jets-Bills game has been rescheduled to Monday night at 7 p.m. ET and relocated to Ford Field in Detroit.

As mentioned earlier today, public safety resources in western New York must be fully available to deal with the recovery from the storm.  We continue our discussions with the team and the Red Cross on ways the NFL can support the community through this weather disaster.

We greatly appreciate the hospitality of the Detroit Lions in hosting the Bills and this game, which will be televised by CBS in the New York and Buffalo area markets.  While Ford Field could have hosted the game on Sunday, in order to give the Bills as much practice time as possible under the circumstances, the decision to play on Monday night was made.  The Lions’ practice facility will be available to the Bills on Friday and moving the game to Monday night will enable the Bills to practice on Friday and Saturday and have their walk-through on Sunday.  The Bills have been unable to practice this week in Buffalo.

Details on tickets and other game day information for Monday night will be announced at a later date.

Monday’s clash between the two AFC East rivals will be the second this season. Buffalo won the first matchup 43-23 in East Rutherford last month.

Buffalo is currently 5-5 overall and 2-3 in the AFC East, a full three games behind the division-leading New England Patriots. The Jets are a woeful 2-8 overall and 0-2 in the division, good enough for last place.

I guess Ralph Wilson Stadium doesn’t employ workers to keep the stadium from looking like that. I know they can’t keep all the snow off but this is inexcusable to me.

guess you don’t live in snow country…they estimated it to be 220TONS of snow to remove, you can’t do this without a concerted effort…next

Both of those teams still sucks!!! Go patriots!!!!!