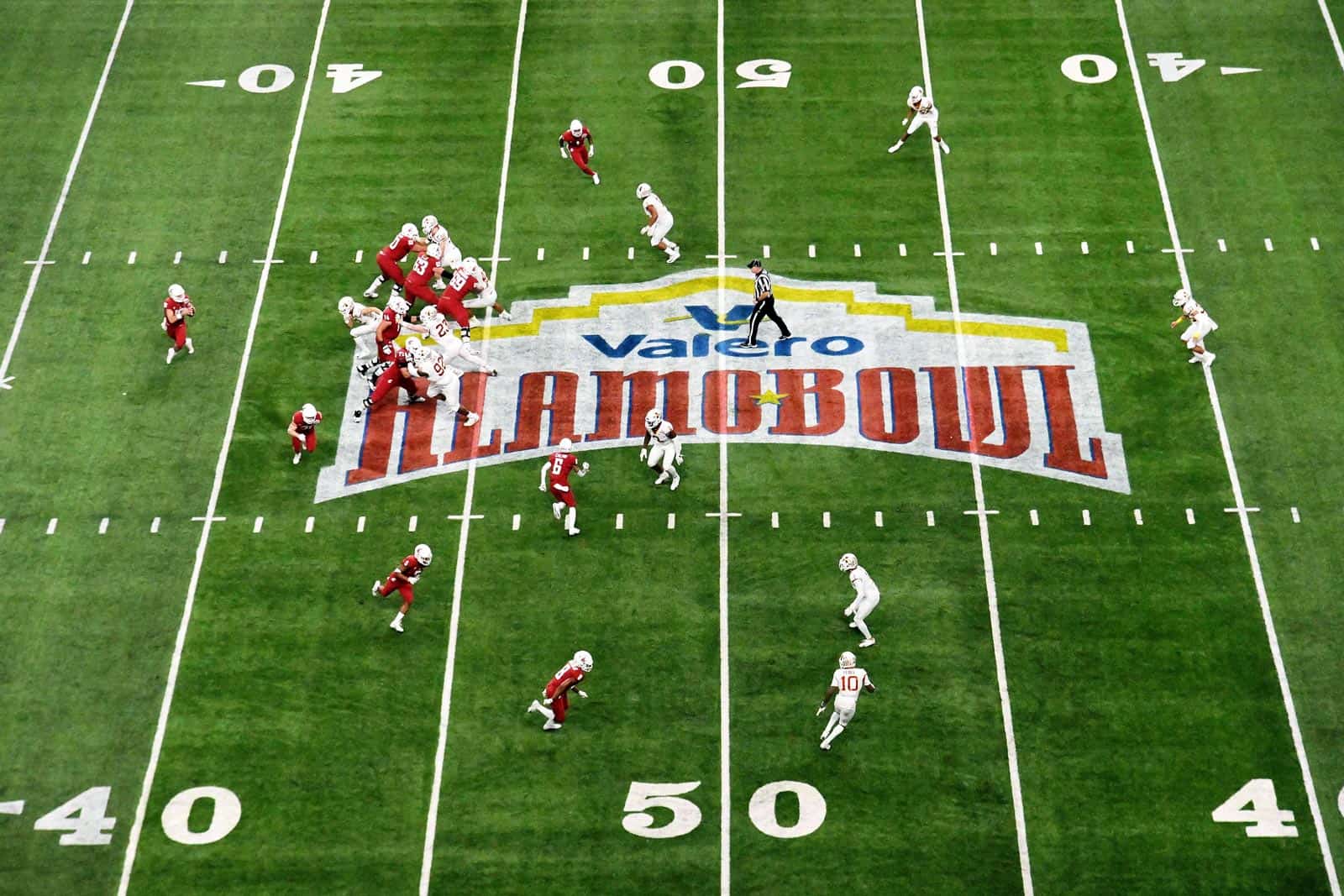 The college football bowl schedule on New Year’s Eve kicks off at Noon ET on ESPN with the Belk Bowl at Bank of America Stadium in Charlotte, N.C. The contest features the Virginia Tech Hokies of the ACC facing the Kentucky Wildcats of the SEC.

At 2:00pm ET on CBS, the Tony the Tiger Sun Bowl at Sun Bowl Stadium in El Paso, Texas kicks off. The Florida State Seminoles from the ACC take on the Pac-12’s Arizona State Sun Devils in that contest.

Just under two hours later at 3:45pm ET, the 23rd-ranked Navy Midshipmen of the American Athletic Conference square off with the Kansas State Wildcats of the Big 12 in the AutoZone Liberty Bowl at Liberty Bowl Memorial Stadium in Memphis, Tenn. The game will be televised by ESPN.

The NOVA Home Loans Arizona Bowl is next at 4:30pm ET on CBSSN. It features the Georgia State Panthers (Sun Belt) taking on the Wyoming Cowboys (Mountain West).

The fifth and final New Year’s Eve bowl game is the Valero Alamo Bowl at the Alamodome in San Antonio, Texas. The game, which kicks off at 7:30pm ET on ESPN, features the 11th-ranked Utah Utes of the Pac-12 facing off with the Texas Longhorns, who represent the Big 12.