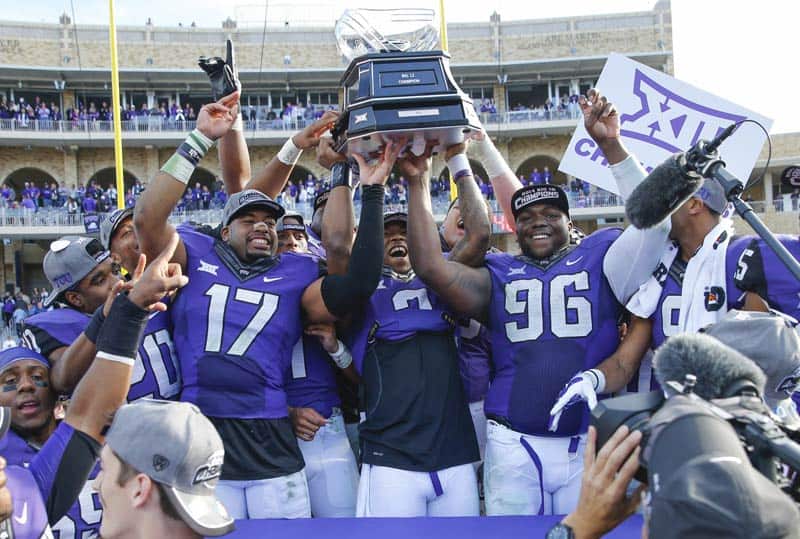 There are three college football bowl games slated for New Year’s Eve 2014. Coming into today, 27 of the 39 bowl games have been completed.

This season marks the premiere of the “New Year’s Six,” which includes the two College Football Playoff semifinal games and the four top-tier bowls. All of these games will be played on New Year’s Eve and New Year’s Day this season.

The New Year’s Eve bowl schedule kicks off from the Georgia Dome in Atlanta with the Chick-fil-A Peach Bowl. It features Ole Miss taking on TCU.

Next up is the Vizio Fiesta Bowl from Glendale, Arizona, where Boise State takes on Arizona. The final game of the evening features Mississippi State vs. Georgia Tech in the Capital One Orange Bowl in Miami.

what idiot doesnt know what espn is

We do not have cable, nor do we need it, so please tell me why we are not good enough to have our Football Games on our local Channels? Most cable companies over charge and even with a starting price incentive, within 6 months their rates are out of site.

Hey V greco…what’s up with the idiot comment?? What ever happened to common decency and kindness. In spite of the ugly remark, I do wish you a Happy New Year

Why can’t we, the viewing public, have it the way it used to be, games on all the major channels instead of everything on ESPN. It’s not like there aren’t enough bowls to go around, I mean, come on, with 39 bowl games why does ESPN have 35 of the 39 games? Isn’t this considered monopolizing what used to be pretty much EVEN sharing. Instead of having the vast majority of games in a few days this year they are strung out over a 17 day (25 if you count the days between January 4th and January 12 when there is nothing.