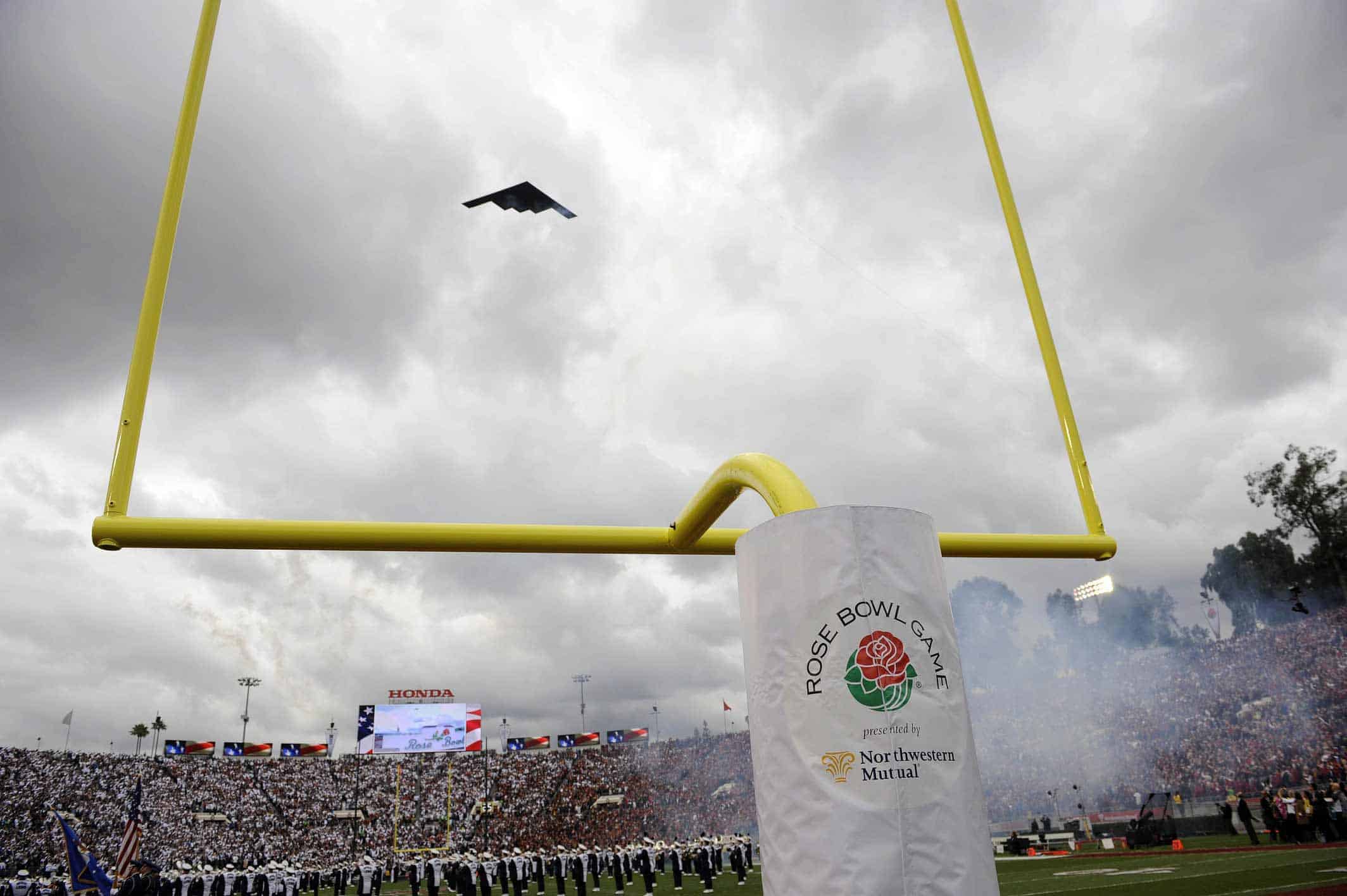 There are five college football bowl games slated for New Year’s Day 2018, and two of the games are the College Football Playoff semifinals.

This is the fourth season of the “New Year’s Six” bowl games, which includes the two semifinal games and the four top-tier bowls.

The AT&T Cotton Bowl was played on Friday, Dec. 29 and was followed by the PlayStation Fiesta Bowl and Capital One Orange Bowl on Saturday, Dec. 30.

The New Year’s Day bowl schedule kicks off at noon ET at Raymond James Stadium in Tampa, Florida with the Outback Bowl. It features the Michigan Wolverines vs. the South Carolina Gamecocks.

The final non-playoff game of the New Year’s Six, the Chick-fil-A Peach Bowl, kicks off 12:30pm ET. That game features the 12th-ranked UCF Knights against the 7th-ranked Auburn Tigers.

The first College Football Playoff semifinal is slated for 5:00pm ET at the Rose Bowl Game, where No. 3 Georgia faces No. 2 Oklahoma. The final game of the evening is also a playoff and it features No. 1 Clemson vs. No. 4 Alabama in the Allstate Sugar Bowl.