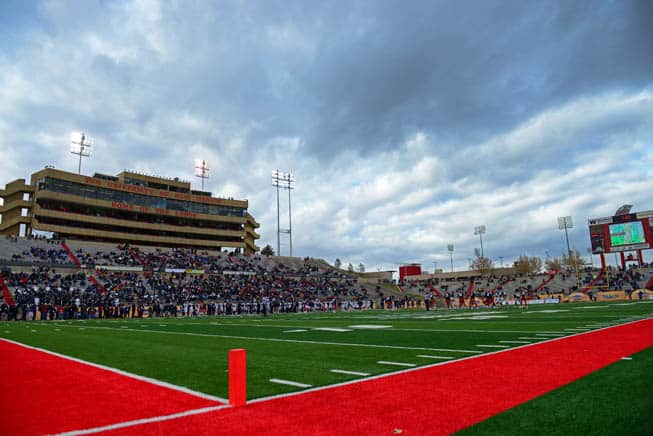 The New Mexico Lobos and the Tulsa Golden Hurricane have scheduled a home-and-home football series for 2015 and 2017, UNM announced today.

“Our football program has tremendous respect for Tulsa,” UNM coach Bob Davie said. “The fact that the Golden Hurricane have gone to a bowl game for three straight years shows the success they’ve had. Giving the proximity between the schools, the series should generate a great deal of fan interest.”

Tulsa actually announced this series last August, but dates for the series were not agreed upon or announced until now.

New Mexico and Tulsa last met in Albuquerque in 2009. The Golden Hurricane trounced the Lobos 44-10 and extended their lead in the overall series to 4-2.

The Lobos now have three non-conference games scheduled for both the 2015 and 2017 seasons. In 2015, UNM also travels to Arizona State and hosts rival New Mexico State.

The addition of New Mexico also gives Tulsa three games in 2015 and 2017. The Golden Hurricane also play at Oklahoma and host FAU in 2015 and travel to Oklahoma State and Toledo in 2017.