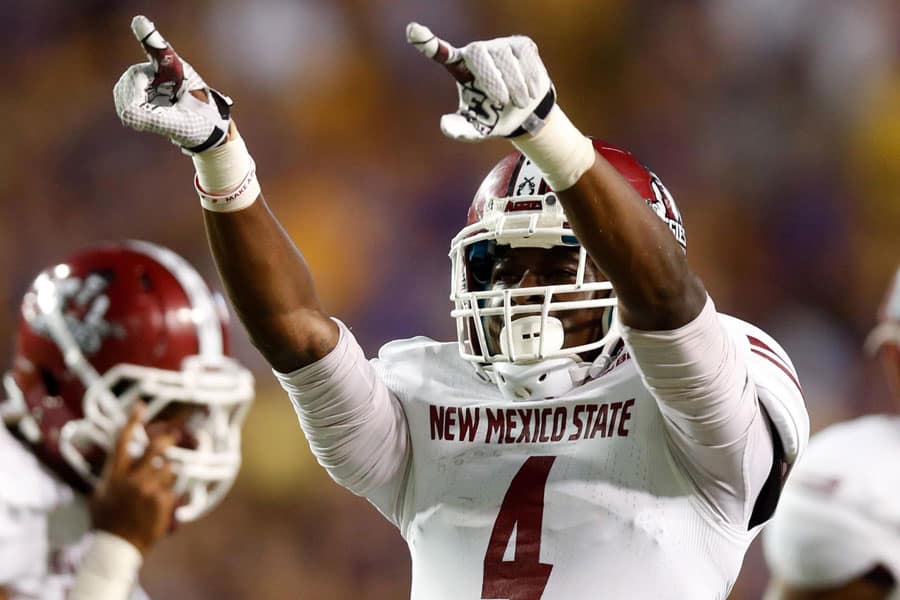 The New Mexico State Aggies have announced kickoff times for their home football games in 2018, which includes five games at Aggie Memorial Stadium in Las Cruces.

New Mexico State will begin competing as an FBS Independent this season. The Aggies played in the Sun Belt Conference through 2017, but their membership was not renewed.

New Mexico State will open the 2018 season at home against the Wyoming Cowboys in Week Zero on Aug. 25. The game is set for a 6:00pm MT start at Aggie Memorial Stadium.

The Aggies later host the New Mexico Lobos on Sept. 15 and the Liberty Flames on Oct. 6. Both of those games will also kick off at 6:00pm MT.

New Mexico State’s final two home games of the 2018 season are both scheduled for 2:00pm MT. The Aggies host the Georgia Southern Eagles on Oct. 20 and the Alcorn State Braves on Nov. 3.

NMSU’s road trip to take on the Minnesota Golden Gophers on Thursday, Aug. 30 has been set for a 5:00pm MT start on the Big Ten Network.

Kickoff times for road games at Utah State, UTEP, Louisiana, Texas State, and BYU will be announced at a later date.

No broadcast partner? Not even a local one?

Still to be announced I presume.

If they can keep their coach and get back to a bowl game…..you might be right.