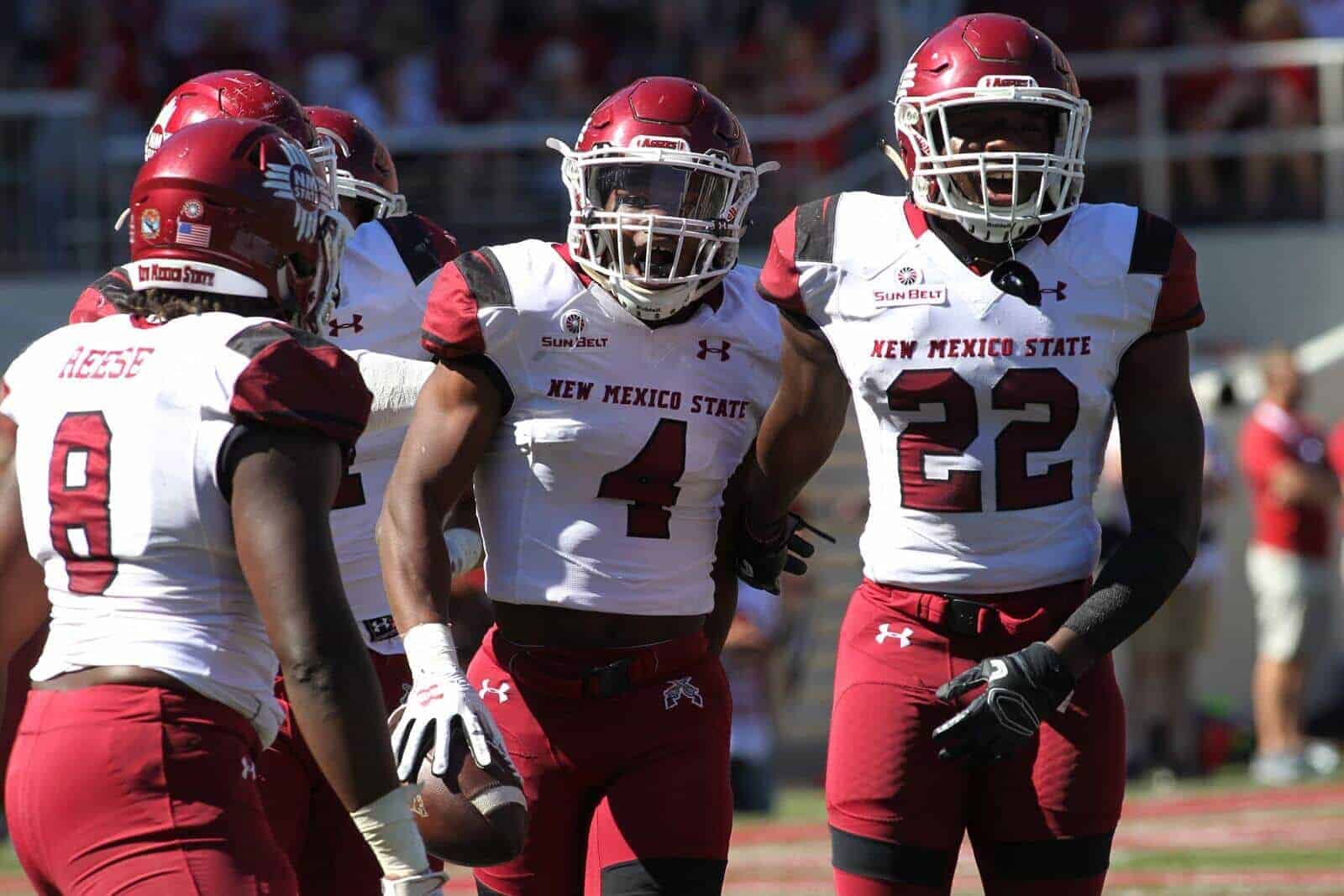 The New Mexico State Aggies will host the Incarnate Word Cardinals in 2019, according to UIW’s official website.

New Mexico State will entertain Incarnate Word at Aggie Memorial Stadium in Las Cruces on Nov. 16, 2019. The game will be the first-ever meeting between the two schools on the gridiron.

Incarnate Word is a member of the Southland Conference in the Football Championship Subdivision. The Cardinal, which started up their football program in 2009, are 1-7 overall and 1-5 in Southland play this season.

New Mexico State is playing its last season as a member of the Sun Belt Conference. In 2018, NMSU will join Army, BYU, Liberty, Notre Dame, and UMass as an FBS Independent.

New Mexico State still needs to schedule three additional opponents in 2019. Two of those opponents will need to be home games in order to meet the FBS minimum requirement of five.

Going to be a tight fit for the Aggies to find two FBS schools to go there for small payouts.

They need 3 more games. They definitely want these to be “in kind” rather than payout games.

They have an open date September 28 (game @New Mexico is the 21st, though it’s listed by FBS schedules as TBA) which should not be a problem to find school willing to come to NMSU first for. They can not doubt travel to another G5 school in October (have 10/12, 10/26, 11/2 open). These two would be in kind, home and home series. Theses are probably already scheduled, just not announced, or awaiting signatures.

The 12th game is the tough one. They have to find a G5 school willing to come to Las Cruces in late October or early November and either that school or the one they get to come September 28th has to be willing to put off a return trip from the Aggies maybe 3 or 4 years further out.

The other option, they can do what Liberty did and schedule a 2nd FCS school in 2019. But that is waving the white flag as far as making a Bowl game goes.