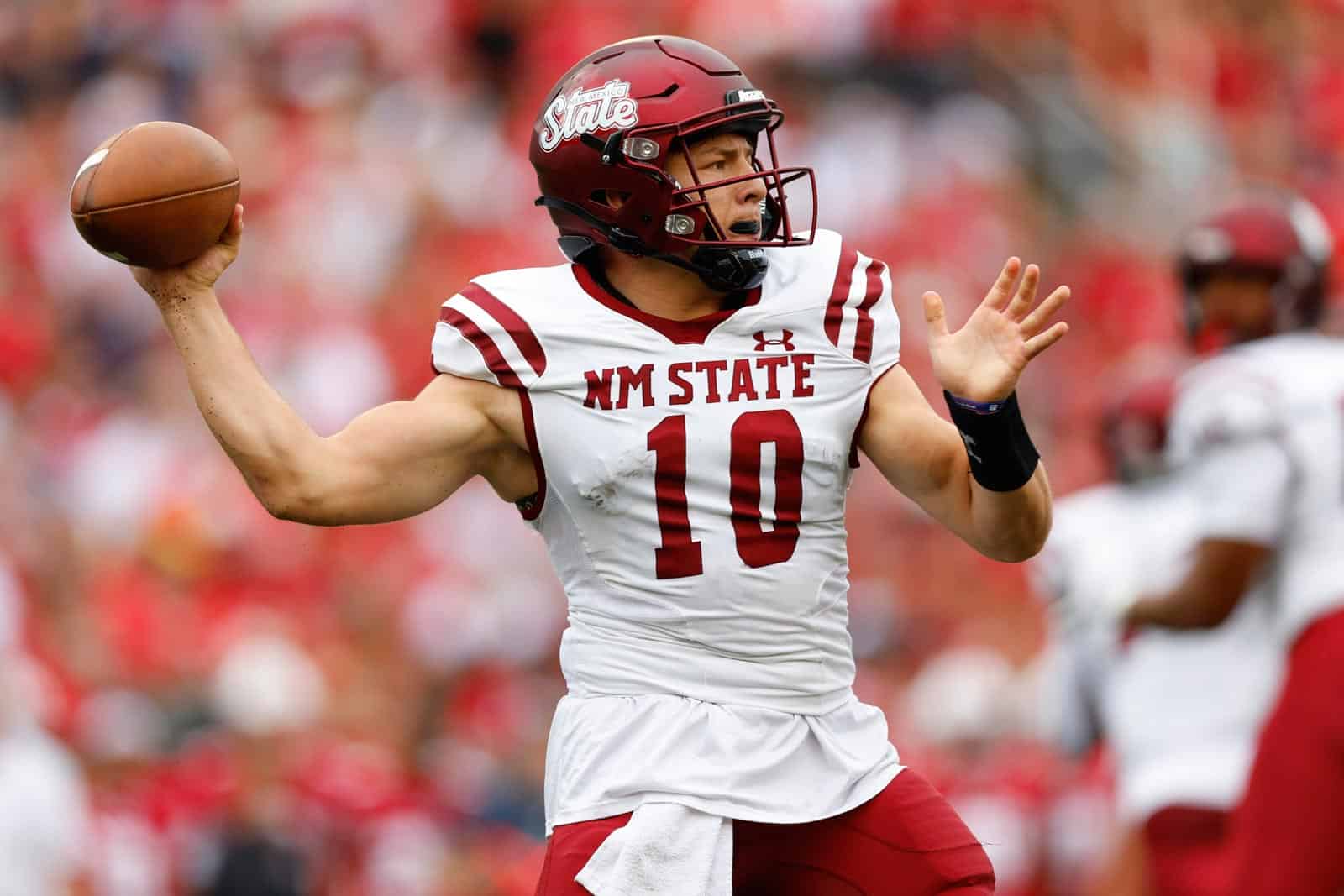 The New Mexico Lobos and the New Mexico State Aggies have set dates for their football games through the 2025 season, FBSchedules.com has learned.

According to a copy of the contract obtained by FBSchedules.com, New Mexico will host New Mexico State next season on Sept. 16, 2023 at University Stadium in Albuquerque, N.M.

The 2022 contest played on Saturday, Oct. 15 in Las Cruces was also part of the most recent contract signed by both schools last November. New Mexico State defeated New Mexico in that contest, 21-9.

New Mexico and New Mexico State meet annually in a rivalry game that is known as the Battle of I-25 and the Rio Grande Rivalry. The Lobos and Aggies had played every season since 1945, but did not meet during the 2020 season due to the COVID-19 pandemic.

The two schools first met on the gridiron in 1894 in Albuquerque and have met 112 times overall. The New Mexico Lobos currently hold a commanding advantage in the series, 73-34-3.

Battle of I-25 Series