New England and Seattle to meet in Super Bowl XLIX 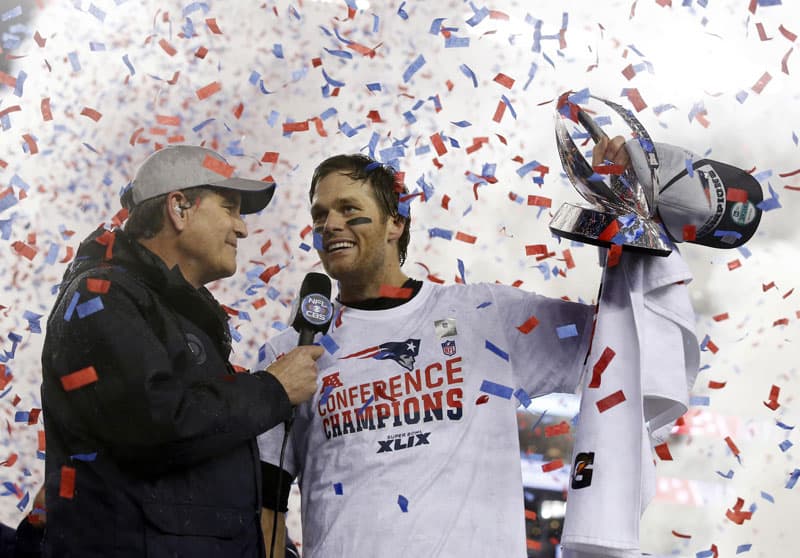 The New England Patriots and the Seattle Seahawks will meet in Super Bowl XLIX on Sunday, Feb. 1 at University of Phoenix Stadium in Glendale, Arizona (6:30pm ET, NBC).

New England claimed the AFC title and a trip to the Super Bowl with a 45-7 victory over the visiting Indianapolis Colts.

This will be New England’s 8th Super Bowl appearance, which ties them for the all-time lead along with Dallas and Pittsburgh. New England is 3-4 in the Super Bowl.

The Seattle Seahawks punched their ticket to Super Bowl XLIX with a thrilling 28-22 overtime win over the Green Bay Packers.

Trailing 19-7 with just under four minutes left in the game, Seattle rallied to take a 22-19 lead with 1:25 remaining. Green Bay was then able to answer with a late field goal that sent the game into overtime.

Seattle won the toss and, of course, took first possession of the ball in overtime. On their sixth play, Russell Wilson hit Jermaine Kearse for a 35-yard touchdown pass to win the game.

The victory sends Seattle to the Super Bowl for the second consecutive season and the third time in their history. In Super Bowl XLVIII last year, Seattle rolled over Denver 43-8.

No one is happier than Jim Nantz…….he’ll offer Al Michaels $100K to let him do the play by play.

The Seahawks started 3-3 the last NFL team to start the season 3-3 and then go on to make it to the super bowl.

seattle was lucky to make sb it shouldve been packers s patriots,the interception that packers got wouldve won the game but the guy screwed up and slid instead of running in a td