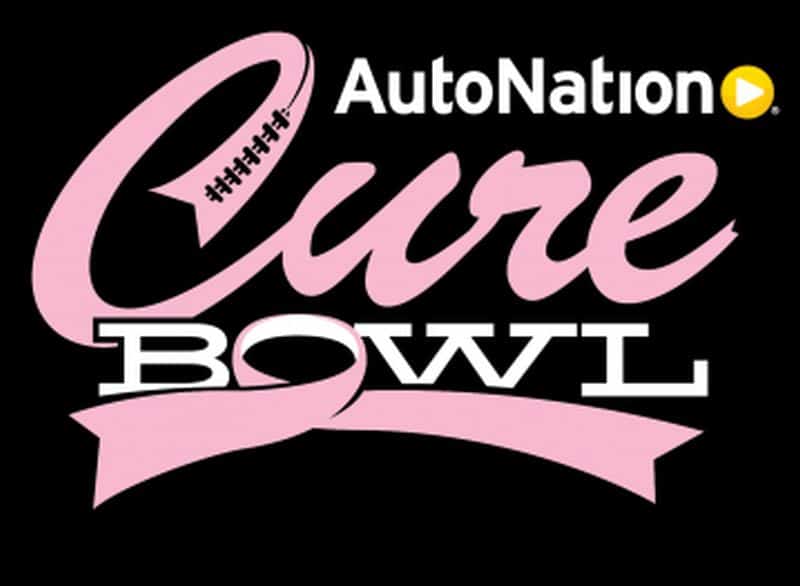 ESPN’s Brett McMurphy joined a number of sources in announcing earlier today that the 40th postseason bowl game debuting next year would be called the AutoNation Cure Bowl.

The game, slated to match members of the American Athletic and Sun Belt Conferences, will field its inaugural contest December 19, 2015.  The Orlando Citrus Bowl will host the contest.

The Thursday announcement stated that part of the proceeds from the game would be donated to the Breast Cancer Research Foundation.  Numerous conference and city dignitaries joined in a press conference earlier Thursday outside the Citrus Bowl to unveil the game and its mission.

Megan Dowdy, president of the Orlando Sports Foundation, perfectly summed up the goal of the game.

“This is not just a football game.  Together, we can tackle breast cancer.”

For more on the game and its humanitarian efforts, visit the official site.

I appreciate why this bowl game will exist…….will it feature the #7 Sun Belt team vs. the #8 MAC team? 40 bowl games = 80 teams…..no way 80 teams will finish 6-6 or better, unless some teams start scheduling all 1-AA OOC games.

IIRC, there will be 40 bowls, but only 78 teams, since the teams in the Championship Game will be in two bowls.

Lost in Va. … they will start inviting teams with losing records to bowls (5-win teams, then 4-win, etc)

Ok this is it, no more Bowls!!! now we need to add a bunch of fcs and new colleges teams so the bowls will mean something again. 35 was perfect, even with the playoff they did not have to go higher than 37 games (30 regular bowls, 7 playoff related games)

82 are eligible this year if you counted GA Southern and App State….