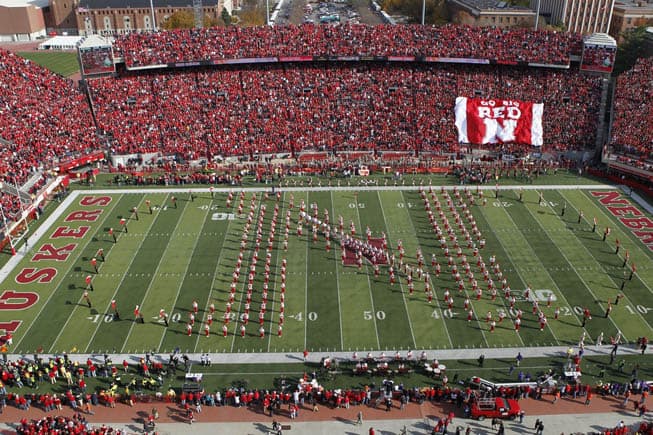 The Nebraska Cornhuskers and the Oregon Ducks have scheduled a home-and-home football series for 2016 and 2017, both schools have announced.

Nebraska will host the first game of the series at Memorial Stadium in Lincoln on Sept. 17, 2016. The Cornhuskers will then travel to meet the Ducks at Autzen Stadium in Eugene on Sept. 9, 2017.

Current Oregon offensive coordinator Scott Frost played at Nebraska. He was a quarterback for two years for the Cornhuskers and led them to the national championship in 1997.

“I have a great affection for the University of Nebraska — what the program stands for, what the people of Nebraska stand for,” Frost said. “There’s a lot to admire about that program. I think Oregon is very similar. We do things the right way here, with good people.”

Nebraska and Oregon have met six times and the Cornhuskers lead the series 5-1. The two schools first met in 1952 and haven’t squared off since 1986.

“This is a win-win scenario,” Nebraska Director of Athletics Shawn Eichorst said. “The University of Tennessee asked for scheduling relief, and we were able to add the University of Oregon, a perennial top-25 program, to our non-conference schedule as we roll into the College Football Playoff era. This should be a great series, not only for our football programs, but for the tremendous fans of both schools.”

Nebraska was scheduled to play a home-and-home series with Tennessee in 2016 and 2017, but the series has been pushed back to accommodate Tennessee’s 2016 Battle at Bristol match-up with Virginia Tech.

looking forward to playing Oregon but hate not seeing Tennessee for 10 years! :\

The Vols chickened out……

I don’t think they chickened out. Rather, they took the bigger payday to play Virginia Tech at Bristol.

It’s not that Oregon can’t schedule decent NonCon games, it’s just they get tired if playing on “neutral” territory and want Home and Home series.

Don’t like, mostly because I’m a TN alum living in Lincoln (my kids are all Husker alums), and I was looking forward to seeing my favorite two teams play in my chosen hometown. I will probably be too old to go and really enjoy it by the time 2026 comes around. Very disappointed.

Wow!! As it stands right now from what I can tell, this game would be game #350 in Nebraska’s current record run of consecutive home sellout. What a great potential matchup for a landmark event.

Kinda late… But Liz you’re never too old to go to a Huskers game!

Keith can’t write worth a crap!

Keith is entering ESL classes now as we speak.

I’m interested to see what mike Riley does with the talent at NE .unfortunately the recruits think otherwise

Oregon will dominate the game and go out with a easy win over the Cornhuskers. #WTD and go Ducks!!!!!!

Ducks are losing not going to be the team they were. There done how long has the ducks been going to bowl games for my be 15 years straight or less maybe 10 years and how many national titles do the ducks have 0 so try being a power house team for decades and stat streaks that go back 40 years or more and the list of accomplishment’s go on and on and on. GO BIG RED!!!!!!!!!