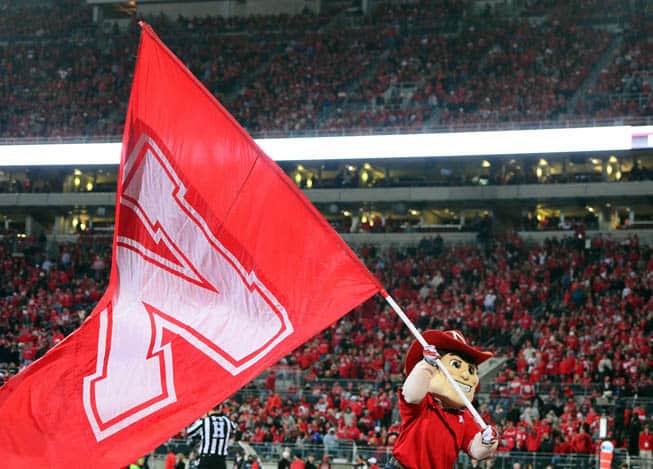 Due to the Big Ten beginning a nine-game conference football schedule in 2016, the Nebraska Cornhuskers and the Northern Illinois Huskies have canceled their 2016 game at Soldier Field in Chicago.

Nebraska needed to cancel the 2016 game vs. NIU because they needed to get down to three non-conference games due to the Big Ten’s move to a nine-game schedule.

As a result of the cancellation, Nebraska has completed their 2016 football schedule. The Cornhuskers open the season with three straight non-conference games at home against Fresno State (Sept. 3), Tennessee (Sept. 10), and Wyoming (Sept. 17).

Although Nebraska and NIU will not meet in 2016, the two schools did add two additional games to the contract which means they will now meet a total of four times.

“The Big Ten schedule necessitated these changes, and we are happy that the Cornhuskers will remain on the Huskie football schedule going forward with the addition of the 2021 and 2023 games to the 2017 and 2019 contests,” NIU Deputy Athletic Director Christian Spears said. “We have reached out and are actively working on returning to Soldier Field against a quality opponent in the future.”

Earlier today, it was revealed that Nebraska had scheduled a home-and-home football series with the Cincinnati Bearcats for 2020 and 2025.

That’s a killer for NIU who so desperately wants to move from the MAC to a major. This was going to be a huge game for them…

Scheduling 4 road games and 0 home games against any opponent is the most insane thing I’ve ever heard of in sports.

Why is that insane? Nebraska gets an automatic 85,000 per game and NIU gets about 20,000. I am sure both teams make far more money when the game is played in Lincoln.

Every MAC team needs a couple of guaranteed payday games each year and they are probably grateful that Nebraska is giving them 4 of them.

Boooooooooooo! Hoping that when AD Frazier takes office in August he can resolve this and get the Soldier Field game with Nebraska back on for 2027.

NIU wasn’t moving to a Big5 conference in any case. Stop dreaming.

Marginal football programs with a small fan base cannot expect home games against top quality schools that are financially well off and who would be giving up big money to show up in a dumpy little stadium to appease the desires of the modest number of fans whom they are able to draw. Welcome to the real world! The poor go on the road to help pay the rent and the rich more than oblige them for a near certain victory.

I wasn’t aware Soldier Field was a “dumpy little stadium.”

Marginal Football Programs? NIU has played in the MAC title game 5 straight seasons. Please keep thinking NIU is marginal and that this series will be an easy 4 game sweep for Nebraska. NIU has defeated the following Big 10 programs on the road: Northwestern 2014, Iowa 2013, Purdue & Minnesota. Huskies also defeated Maryland in 2002 in DeKalb when they were ACC members and also defeated Alabama on the road that year. NIU recruits heavily in Missouri, Kansas, Iowa and has started to recruit Nebraska. This series will only help that effort and garner NIU huge national exposure. If the Huskers lose one of these first 2 games they will try to buy out of the series but that is not going to happen. This will be a fun 4 game series that Huskie fans are looking forward to.

USM actually had a home game with Nebraska in 2013. The Superdome was initially mentioned as a venue but USM “sold” the game back to Nebraska and will now play it in Lincoln. An athletic department deficit was the reason for USM’s move.

When are the Corn Dogs returing the game at BYU? Or is BYU another instance of Nebraska being afraid to play an away game? Quite a pathetic program they have In Lincoln. They owe at least 6 road games to Florida State. It will be good to see the Nebraska program return to the losing ways of around ten years ago when they had a perfect coach in Callahan. They should have never let him go. At least he had class compared to the ….ss they have now leading the football program.

We’re playing or have recently played at Va Tech, UCLA, Fresno, Wyoming, Oregon, Tennessee, Oklahoma, Colorado, and Cincy. Does that sound like a program that is chicken?

Agreed with Mark. We have away games against Oregon, Tenessee, Colorado, Oklahoma, etc in the upcoming years. You guys need to gtfo Husker Haters.

Away at Miami aswell.

For those of you who think these will be 4 easy home games for Nebraska; NIU has defeated the following Big 10 opponents all on the road: Northwestern 2014, Iowa 2013, Purdue & Minnesota, also Maryland in 2002 when they were ACC members. This 4 game series will give NIU huge national exposure and Lincoln is only 450 miles from DeKalb or about the same distance from NIU to Ohio U, Kent State or Akron and closer than Buffalo. NIU is also recruiting more heavily in Missouri, Kansas, Iowa, Minnesota & Nebraska so this series will make that easier also.