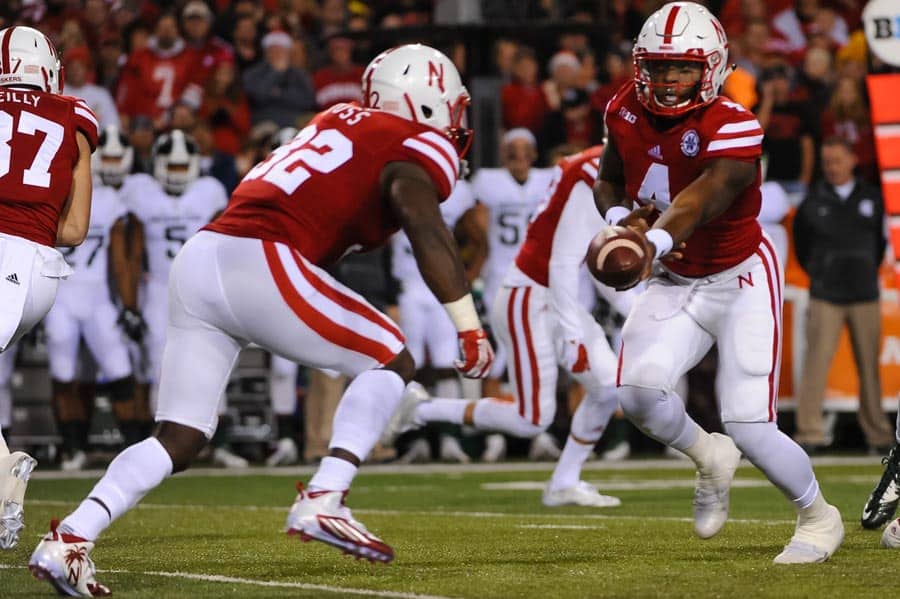 It seemed to be a jumbled mess with the NCAA and there not being enough six-win bowl eligible teams to fill the needed slots. That is no longer the case.

On Monday, the NCAA announced that the remaining bowl slots would go to the seven-loss teams that have the highest Academic Progress Rate (APR). This may seem like another one of the NCAA’s antics, but it could be a good balance to push academic initiative rather than strictly on-field performance.

Shortly after the NCAA release, the University of Missouri (5-7) announced they would not accept a bowl bid. This could be due to the off-field conflict with the unfair rights of African-American players as well as the health issues and retiring of head coach Gary Pinkel. However, it seems quite strange due to the fact that they had the APR necessary, and you don’t see schools deny a revenue opportunity such as that very often.

Brett McMurphy of ESPN reported that there is a tie between Minnesota and San Jose State and Illinois and Rice for APR, then the bowls would select those teams for that slot.

As many as five teams with seven-losses will be selected to a bowl game. In early projections, Kentucky and other power conference schools have been selected to fill these slots. This may seem a confusing process, but the NCAA is doing the right thing initiating academic success for athletic reward.

Too many bowls!!! I don’t think a team that is 5-7 deserves a bowl bid! But it’s all about the almighty dollar, the sponsors don’t want these games going unplayed!

To not let some 5-7 teams in would tend to punish an 8-3 mid level conference team, AND punish a bowl sponsor who puts millions of dollars into college athletic budgets to provide scholarships for Title 9 student athletes. The law of unintended consequences comes into play quickly when you say there are too many bowl games.

At this point, I would rather see a 8-3 mid level conference team play instead of a 5-7 team getting into a bowl, I understand where you are coming from but it just does not seem right. I luv bowls but now it seems to be getting out of hand a little, I have nothing against a 6-6 team getting to one, 5-7 is another story.

Day, all teams with a 6-6 or better record will go to a bowl. This process is only for after those teams are placed, how the remaining slots will be filled amongst those teams that are 5-7.

Yes, I am confused! Totally miss read it, never thought it would come to this, more bowls then teams to fill them.

I agree with Jeff. The post season is all about the money, and not about the game. I don’t feel 6-6 teams deserve a post season game. There needs to be 25% less bowl games. Make them meaningful again. It used to be a big deal to get to a bowl game, now more than half the teams accomplish this.

” you don’t see schools deny a revenue opportunity such as that very often.”

With conference revenue sharing, it sometimes pays more to NOT play in a bowl, especially if it’s a mediocre bowl that won’t sell many tickets.

I’m good with the number of bowl games, just wish there was an 8-team playoff, which would solve this problem by moving quarterfinal games into some of the current bowl slots. I like the solution that the NCAA is implementing in this case, but would take the expanded playoff any day…

I think Day and some others are confused about the situation. There are not enough teams, mid level or anything else, with .500 records to fill out all the bowls. As Mike was saying, by not allowing 5-7 teams into the bowls, other teams with winning records would have no one to play, so there would not be a game.

Every team with at least a .500 record will be in a bowl if they want to be.

What does this even mean:

“This could be due to the off-field conflict with the unfair rights of African-American players as well as the health issues and retiring of head coach Gary Pinkel.”

I thought the same thing.

I’m a Mizzou guy and I think it was a smart move. MOST bowl games are money losers to the individual schools (but made up with that conference revenue). Like many, Mizzou fans are now a bit spoiled with recent success. At most, a few hundred fans might be interested in making a trip to Shreveport (!) the day after Christmas. And if we have a new coach in place in the next week or so– let him get started on next season and put this one behind us . . .

What revenue opportunity? Reports have shown that most schools lose money when they play in these smaller bowl games. It costs a lot to pay for transport, hotel, and food for your football players, coaching staff, marching band, and top faculty members.

They should keep the same amount of bowls, but add all FCS conferences except for ivy, pfl, meac, and swac to FBS. Because there would be so many teams, you would need at least 7 wins to get to a bowl.
A lot of people don’t know that FCS is still part of division 1, and college football is the only college sport that has such split in d1.

Day, all teams with a 6-6 or better record will go to a bowl. This process is only for after those teams are placed, how the remaining slots will be filled amongst those teams that are 5-7.

Bowls are fun, but projections show some unappealing match-ups. Some projections have 3 MWC vs Pac12 match-ups. A year or two ago a bowl was played between two teams who already met in the regular season. Maybe some of the bowls can be play-in bowls for the chance at another bowl. That would solve the 5-7 issue. Or pluck a 1-aa team eliminated from that more sensible playoff structure

A 5-7 team should not be in a bowl game.Neither should a 6-6 team,this is saying to athletes that mediocrity is acceptable.Hell,just invite em all to play,after all,God knows we don’t want to offend anyone or leave anyone behind!

People take the existence of these minor bowls so seriously. If you don’t want to watch two mediocre teams play, then don’t watch. Nobody is holding a gun to your head. If the game is played without your all important eyeballs glued to the screen it’s not like you invested anything. Get over it and get used to it as long as enough people watch for ESPN to sell the required ad space.

I want Kansas and Central Florida to fill two of the unfilled spot in one bowl game and settle the claim to who is the worst this year. Guaranteed to have higher ratings and more interest than some of these possible other match-ups. Kansas Jayhawks (0-12) vs. Central Florida Golden Knights (0-12) in the Detroit Motor City Toilet Bowl, it will be an instant classic.

why cant teams play in multiple bowls???? bowl season stretches out over a month longer period!!!! I mean really a team could play in 4 bowl games?!?! the national champs will play in two bowl games, plus possibly a conference championship which basically is a bowl games?!?! why cant iowa decline an invite to the playoff and schedule 4 bowl games against 4 6-6 teams and win them all and collect all the money from the free parking spot? I would love to watch iowa stomp 4 teams in bowl games for 4 staright weeks

One correction on the article. These bottom Bowl are not revenue generating, they are expenses. Most schools lose money on them. Stands are half full and most of those are locals with giveaway tickets. Schools have to purchase a certain number and rarely sell out to these things. If your team is 7-5 or 6-6 or 5-7 are you really going to fly to some small town in central Tennessee for Christmas to see a night game? Schools wind up eating a large chunk of those tickets plus paying their own way.

The right thing to do is to kill a dozen of these Bowls and require 7 wins.

@StadiumJourney I’ve heard the 8-team playoff suggestion thrown a lot in the past year or so, but I have a problem with that. My major concern is that it may diminish the level of competitive drive among the power 5 conferences. In other words, I think that would open the door for teams to schedule softer schedules (both in & out of conference) to give themselves better chances to get into the playoffs. We already have this problem in both this year & last year, such as Ohio St., who only has 2 quality wins over Penn St. & Michigan, and lost their 3rd quality game to Michigan St. Their non-conference wins are also a joke in a mediocre Virginia Tech (6 wins, 6 losses) and Hawaii who not only has 3 wins in the season, but is winless in their own conference.

Yet under an 8-team playoff system, or even a 6 team one, teams with soft schedules and little to no quality wins like Ohio St., Baylor, etc. would get to play once again for a national title.

If the NCAA wants a higher Academic Progress Rate (APR) for 5-7 Schools, then they should require it for every School in order to get to a Bowl Game, including 13-0 Schools!!! I will not watch a stinking 5-7 Team play in a Bowl Game! How unfair is it to 6-6, 7-5, or 8-3 Mid-Major Schools to loose out on a Bowl game just because the Power 5 Conferences want even more money, and leaving the Smaller Schools with a much smaller piece of the revenue pie! The NCAA, and Power 5 Conferences are so Fucking Greedy!!! I wish the Smaller Schools would sue them!!!

I don’t see the smaller schools complaining when they are cashing their checks from the larger schools after they play them. This year the bowls have ran into a deli ma with not having enough 6-6 record schools so they have to go to 5-7 teams.

I’d love to see the “student” put back into “student-athlete.”

First of all, I do like that the fact that the first choice teams for bowls (5-7 teams) are based on APR. They should use that for the 6-6 teams as well.

Mainly, I believe there are too many bowl games, if more than 50% of the league is needed to fill in the bowls. I always believed that no more than the top half of the ANY league could deserve more after a regular season; therefore, the NCAA should have less bowls or have some bowls (starting with the New Year’s Six Bowls) should take winners from other bowls. Now, this can shrink the amount of teams needed, and give the harder-worked teams a chance for more rewards. The NCAA can’t say that this is impossible, because they are doing that now, aka College Football Playoffs.