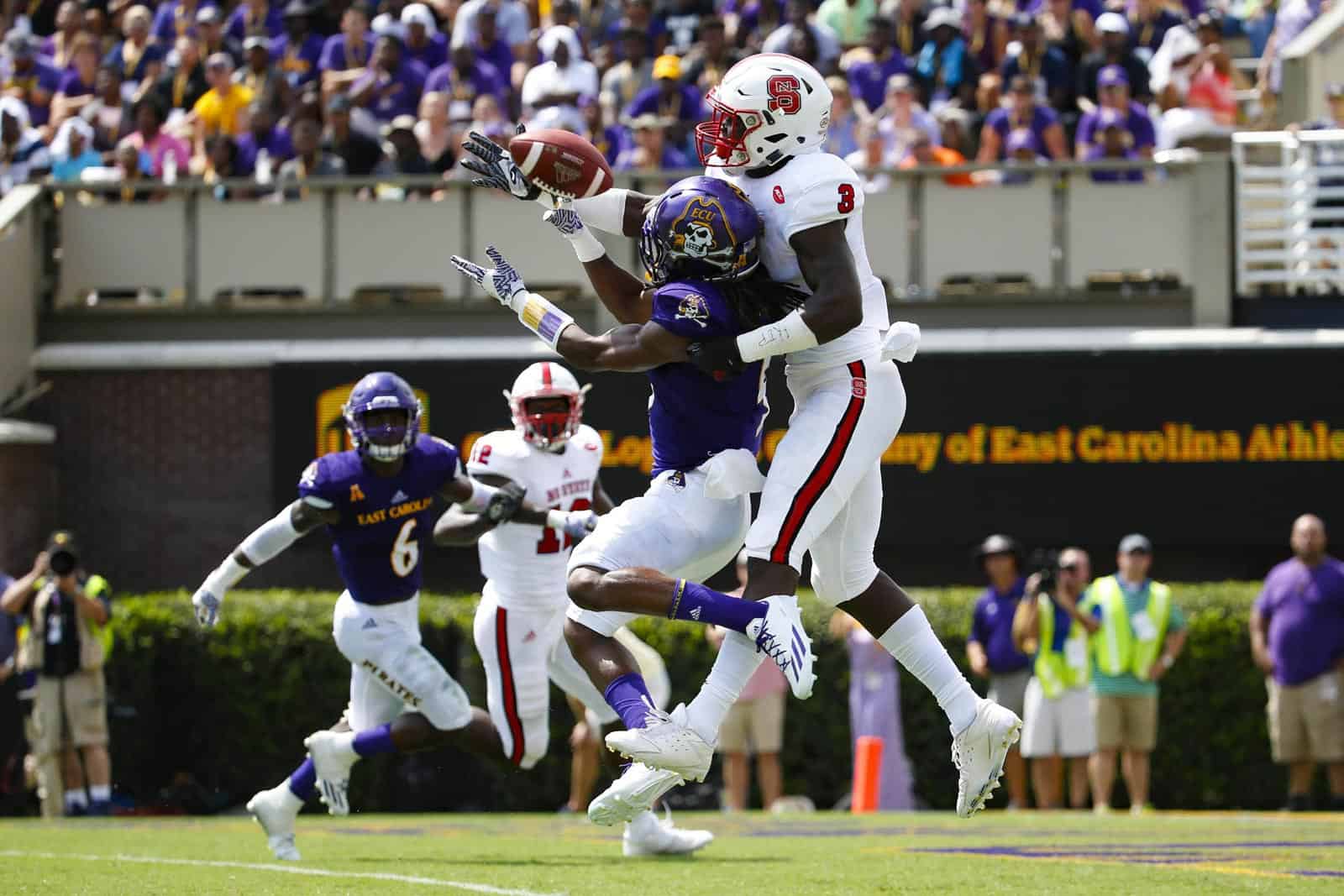 The NC State Wolfpack and the East Carolina Pirates have scheduled a football game for December 1, 2018 and have also added games for the 2025 and 2028 seasons, both schools announced on Tuesday.

NC State will host East Carolina on Saturday, Dec. 1 at noon ET at Carter-Finley Stadium in Raleigh. The game will not be played if either team advances to their respective conference championship game.

According to NC State’s release, the noon kickoff “is necessary to not conflict with a concert at PNC Arena that evening, since stadium complex parking is shared.”

The game replaces NC State’s game vs. West Virginia and East Carolina’s game at Virginia Tech, both of which were canceled due to Hurricane Florence.

“This replacement game makes sense for both schools,” said NC State Director of Athletics Debbie Yow.  “NC State lost a home game and ECU lost a road game due to Hurricane Florence. We’re pleased to be able to secure this twelfth game for both our fans and our team.”

The two schools also announced today that they have extended their future football series by adding two games. NC State will host ECU in Raleigh on Aug. 30, 2025 and then the Wolfpack will travel to face the Pirates at Dowdy-Ficklen Stadium in Greenville on Sept. 2, 2028.

“The opportunity to extend the football series with NC State is of great importance to ECU, the region and our fan base,” ECU Chancellor Cecil Staton said. “We had to make that decision Monday in order to formalize an agreement to capitalize on this opportunity and we are pleased that we could bring this to formal contract.”

East Carolina and NC State previously announced a home-and-home series that is set for Aug. 31, 2019 in Raleigh and Sept. 3, 2022 in Greenville.

NC State holds a 16-13 advantage in the series with East Carolina. However, the Pirates have won the last three meetings.

ECU won’t have to worry about the AAC champ. game…..

I all but assure you their game this year will be played. ECU won’t be good enough to finish in the top half of their division in the American for starters. And NC State will lose in Death Valley.

Virginia Tech and West Virginia need to schedule a December 1st game. The Mountaineers may not want to travel to Blacksburg a week after losing to Oklahoma, but it might be a good way to end the regular season on a high note.