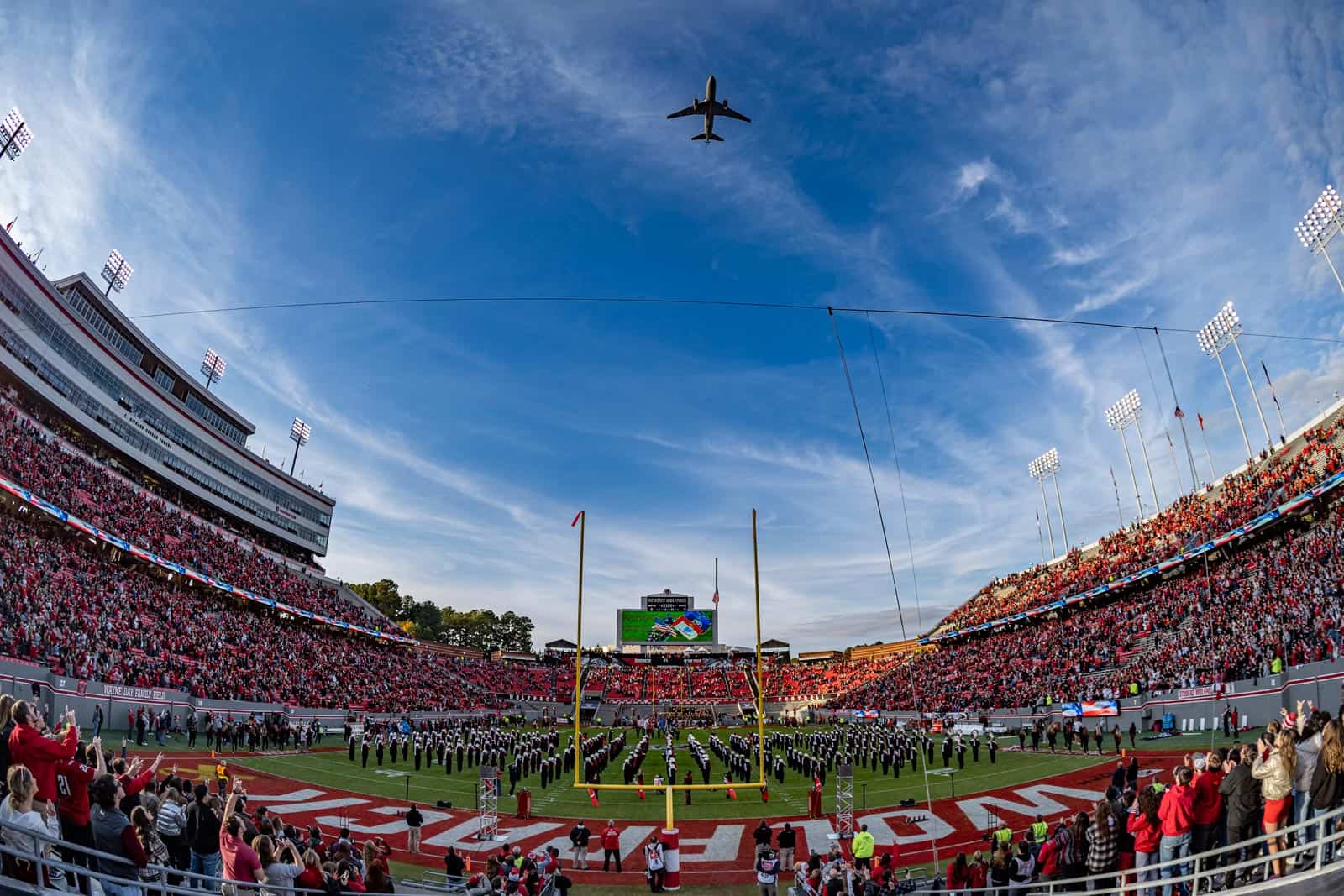 The NC State Wolfpack and the Appalachian State Mountaineers have scheduled a home-and-home football series for the 2025 and 2026 seasons, FBSchedules.com has learned.

NC State last squared off with Appalachian State in Raleigh in 2006, which resulted in a 23-10 Wolfpack victory. The Wolfpack lead the overall series over the Mountaineers, 6-0, which dates back to their first meeting in 1932. All six games were played in Raleigh.

Appalachian State is the fourth and final non-conference opponent for NC State for both the 2025 and 2026 seasons. NC State’s 2025 slate also includes home tilts with the East Carolina Pirates (Aug. 30) and Campbell Camels (Oct. 4) and a road trip to face the Notre Dame Fighting Irish on a date to be announced.

The Wolfpack are scheduled to open the 2026 season at home against the Florida Gators on Sept. 5. NC State is slated to host the Richmond Spiders the following week on Sept. 12 before traveling to face the Vanderbilt Commodores on Sept. 19.

With the addition of NC State, Appalachian State has three scheduled non-conference opponents for both the 2025 and 2026 seasons. The Mountaineers are set to visit the South Carolina Gamecocks (was Sept. 6; new date to be announced) and host the Toledo Rockets (Sept. 20) in 2025, while in 2026 they will travel to face the East Carolina Pirates (Sept. 5) and host the Charlotte 49ers (Sept. 19).

Happy and congratulations to App State for scheduling a Home and Home like you are finishing with North Carolina and did with Wake Forest. NC State AD, what are you thinking, those Mountaineers are good and horrible things happen if you lose to a group of 5 team and not much good happens. You should have scheduled Vandy or Kansas.

Credit to NC State for going to a Group of 5 school. They have many such trips scheduled in the future besides some attractive Power 5 matchups and Vandy. Hear discussion of how it is hard for Group of 5 schools to get a Power 5 to come to their place and often have to do 2 for 1 setups. Don’t criticize the Power 5 for being willing to schedule this.

Ohio State needs to have a home-and-home with App State. Michigan’s already played them twice (and we all know how the first time went).