Navy to host BYU on Labor Day to open 2020 season 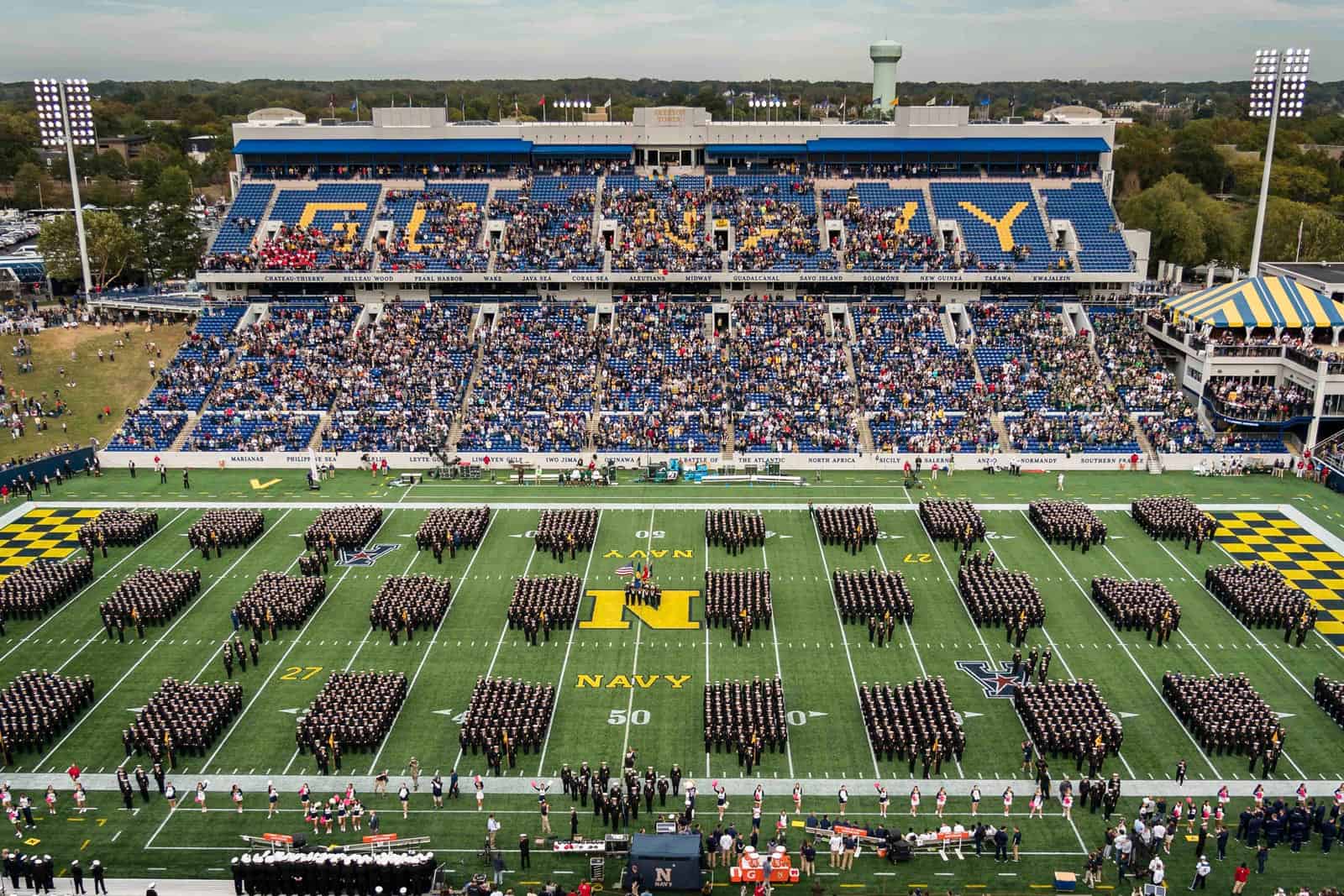 The Navy Midshipmen will host the BYU Cougars on Labor Day to open the 2020 season, both schools announced on Thursday.

Navy will host BYU at Navy-Marine Corps Memorial Stadium in Annapolis, Md., on Monday, Sept. 7. The game will be nationally televised by ESPN at 8:00pm ET.

“Looking ahead, we have created an exciting and anticipated matchup in Annapolis with one of college football’s storied programs in BYU,” Naval Academy Director of Athletics Chet Gladchuk said. “This game will bring great national exposure for the Naval Academy, Annapolis, our state and Navy football. Although attendance in our stadium will be regulated and greatly reduced with fan welfare and social distancing guidelines in effect, a national television audience will enjoy watching two of college football’s most storied programs kick off the season in a primetime environment.”

Navy and BYU have met two times previously on the gridiron.  The Midshipmen won the first meeting 23-16 in the 1978 Holiday Bowl and the Cougars returned the favor 11 seasons later in Annapolis in 1989 , 31-10.

BYU replaces Notre Dame on Navy’s 2020 football schedule, which will mark the first time since 1927 that Navy and Notre Dame haven’t played. Navy was slated to take on Notre Dame in Dublin, Ireland in Week Zero before the game was later moved to Sept. 5 in Annapolis, and the ultimately canceled.

Navy also had a game against Lafayette canceled and will not replace that contest, instead forging ahead with an 11-game schedule for 2020.

“We are very excited for the opportunity to play the United States Naval Academy at Annapolis,” said BYU Director of Athletics Tom Holmoe. “It’s always an honor and a privilege to play against a service academy, like we did annually for many years with Air Force. We first played the Midshipmen in the inaugural Holiday Bowl in 1978. The opportunity to visit Navy’s hallowed campus will be an amazing experience for our football team.”

Navy will make the return trip to face BYU at LaVell Edwards Stadium in Provo, Utah, on a date to be announced, per BYU’s release.

I am happy for both schools at this announcement. BYU will be a quality opponent for Navy following the loss of Notre Dame on its schedule. On the other hand, Navy is an excellent team to replace multiple losses to BYU’s schedule. I wish both schools all the best.

Army needs some games too. Looks like BYU and Army should also hook up. Both have plenty of open dates, like October 10.