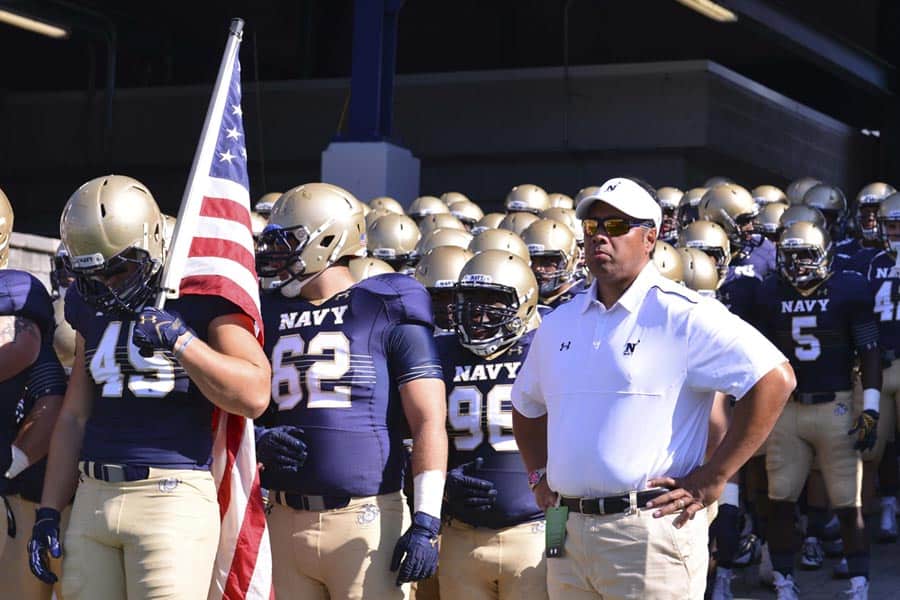 The Navy Midshipmen have announced kickoff times for their 2016 home games, which includes five contests at Navy-Marine Corps. Memorial Stadium in Annapolis.

Navy will open the 2016 season at home against Fordham on Saturday, Sept. 3. The game will be televised by CBSSN at noon ET.

One additional home game, a Nov. 12 visit from Tulsa, will also kick off at noon ET on CBSSN. Navy’s other three home games will each kick off at 3:30pm ET on CBSSN. Those games include UConn (Sept. 10), Houston (Oct. 8), and the Homecoming game against Memphis (Oct. 22).

On Saturday, Nov. 5, Navy will take on Notre Dame at EverBank Field in Jacksonville, Florida. That game, which was previously announced, will be televised by CBS at 11:30am ET.

The 2016 Army-Navy Game will be played on Saturday, Dec. 10 at M&T Bank Stadium in Baltimore, Maryland and is scheduled for 3pm ET on CBS.

Kickoff times for road games at Tulane, Air Force, East Carolina, USF, and SMU will be announced at a later date.