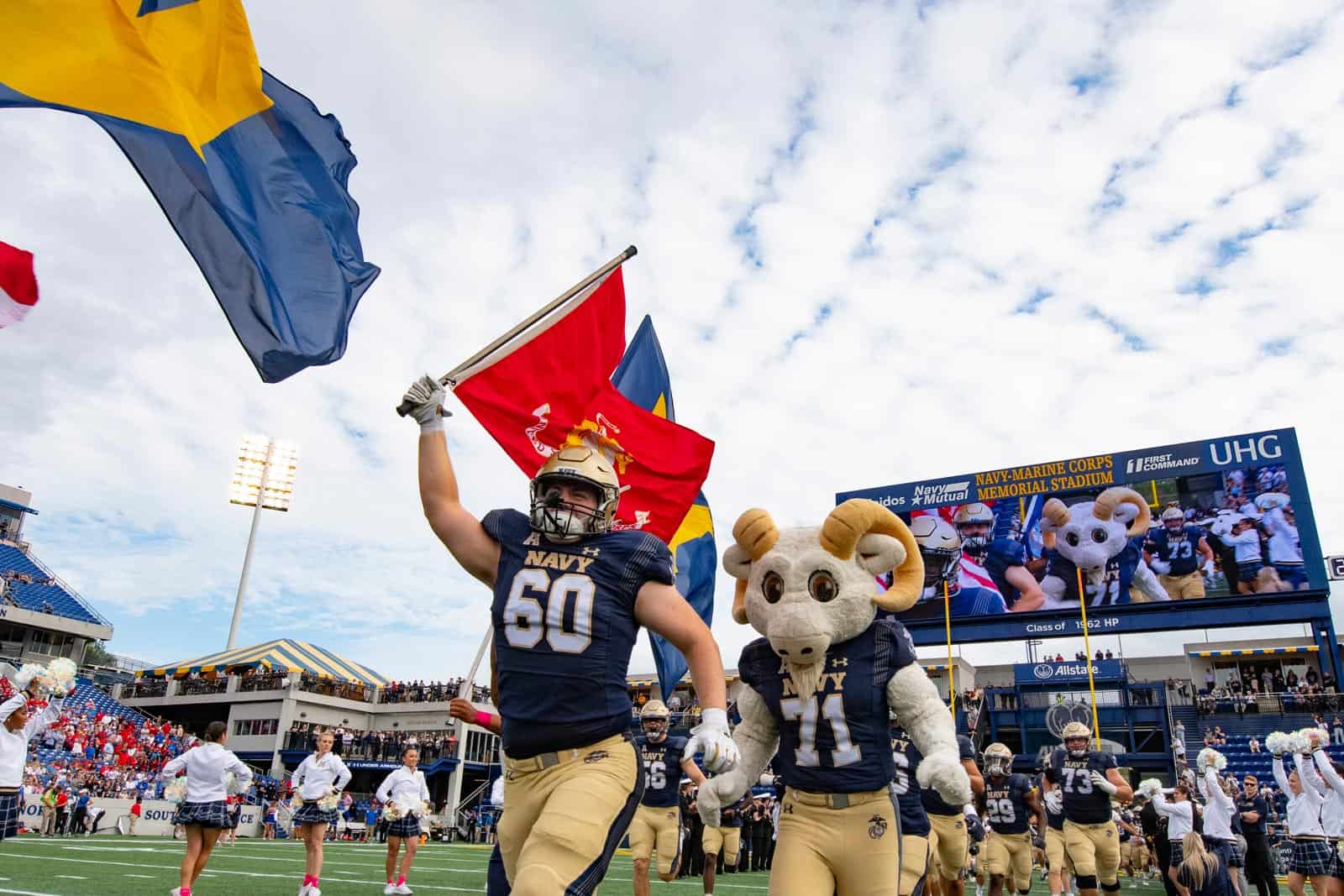 The Navy Midshipmen have replaced the Marshall Thundering Herd with the Wagner Seahawks on their 2023 football schedule, it was announced on Wednesday.

Navy was previously scheduled to play at the Marshall Thundering Herd on Saturday, Sept. 2, 2023, which would have been the second game of a home-and-home series that began in Annapolis, Md., during the 2021 season. Navy’s return contest in Huntington, W.Va., will not be played in 2023 and has likely been postponed to another season.

The Navy Midshipmen will now host the Wagner Seahawks one week later on Saturday, Sept. 9, 2023. Wagner, a member of the Northeast Conference in the Football Championship Subdivision (FCS), has never faced Navy on the gridiron.

Navy is scheduled to open the 2023 season against the Notre Dame Fighting Irish in Week Zero on Saturday, Aug. 26. The game will be played at Aviva Stadium in Dublin, Ireland, which might be the reason the Midshipmen wanted to clear the Sept. 2 game at Marshall from their calendar.

Other non-conference opponents for Navy in 2023 include the Air Force Falcons at home on Oct. 21 and the Army Black Knights on Dec. 9 at Gillette Stadium in Foxborough, Mass.

Marshall, which moved from Conference USA to the Sun Belt Conference this season, is scheduled to play non-conference contests at East Carolina (Sept. 9) and home against Central Connecticut (date TBA) and Virginia Tech (Sept. 23) next season.

Wagner was previously scheduled to play a road contest at the Toledo Rockets on Sept. 9, 2023. The status of that game was not mentioned in Wagner’s release, but it will likely not be played in 2023 because the Seahawks have a full non-conference schedule. Wagner is also slated to host Columbia and play at Fordham and Kent State to go along with seven Northeast Conference games next season.

Navy’s football program has really declined. Niumatalolo is in on the hot seat!