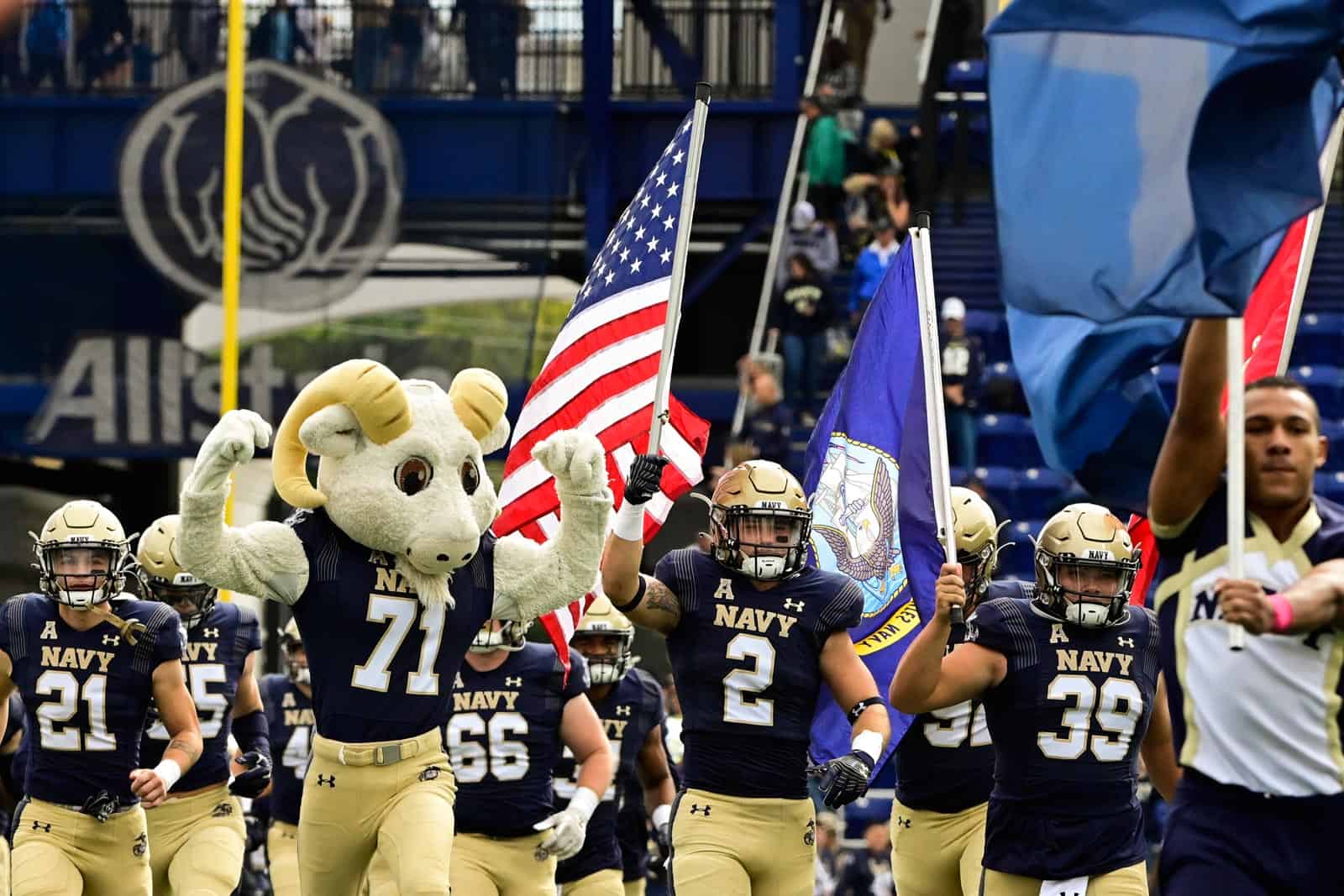 The Navy Midshipmen have posted their 2025 non-conference football schedule to their official website. The schedule includes games against Air Force, Army, Notre Dame, and VMI.

Navy is set to kick off the 2025 season at home at Navy-Marine Corps. Memorial Stadium in Annapolis, Md., on Saturday, Aug. 30 against the VMI Keydets, which was previously unannounced. The game will mark the 11th overall meeting between the two schools, but first since a 51-14 Midshipmen win on Oct. 11, 2014.

The Midshipmen begin their annual pursuit for the Commander in Chief’s Trophy when they battle the Air Force Falcons on Saturday, Oct. 4 at Navy-Marine Corps. Memorial Stadium. The Falcons defeated the Midshipmen last season in Annapolis, 23-3, and now hold a 32-22 advantage in the overall series.

The Midshipmen are scheduled to travel to take on the Notre Dame Fighting Irish on Saturday, Nov 8 at Notre Dame Stadium in South Bend, Ind. Notre Dame leads the series with Navy 80-13-1 and has won the last five meetings.

Navy’s final non-conference game of the 2025 season will be the 125th edition of the Army-Navy Game. The annual rivalry contest will be played on Saturday, Dec. 13 at a site to be announced.

Navy is scheduled to open the 2022 season on Saturday, Sept. 3 at home in Annapolis against the Delaware Blue Hens. The following week on Sept. 10, the Midshipmen will open American Athletic Conference action at home against the Memphis Tigers.

I always find it exciting to learn who Navy’s 12th opponent will be.

Well, certainly nothing to write home about.

Navy needs to get out of the AAC and go independent. They have the brand to schedule who they want, and won’t be tied down with games against Tulsa, East Carolina, USF, etc, schools that they have little in common or history with. Go independent, which would allow them to renew rivalries with teams like UVA, Georgia Tech, Boston College, Pitt, and other frequent opponents while allowing them to schedule whatever power or non-power teams they wish. Having essentially zero flexibility in their OOC schedule (the 12th game is an FCS game most years) has to frustrate the fanbase as ND is the only marquee opponent year in and year out.

(1) Navy wants to play schools from Texas, Oklahoma and Florida – that’s where they recruit the most.
(2) Navy gets more money from the AAC media package than they would from going solo as an independent.
(3) Over the next five seasons, Army plays 9 Power-5 opponents, Air Force plays 2 Power-5 opponents while Navy is scheduled to play only Notre Dame 5 times. Scheduling UVA, Ga Tech, Bostin College, Pitt and other transitional Power-5 regional schools, would be disastrous from a win and loss perspective. Even if, as you suggest, ‘cup-caking’ the rest of their schedule would result in much less revenue generating interest than what they currently hold. “ND is the only marquee opponent year in and year out,” is exactly what the athletic department wants.