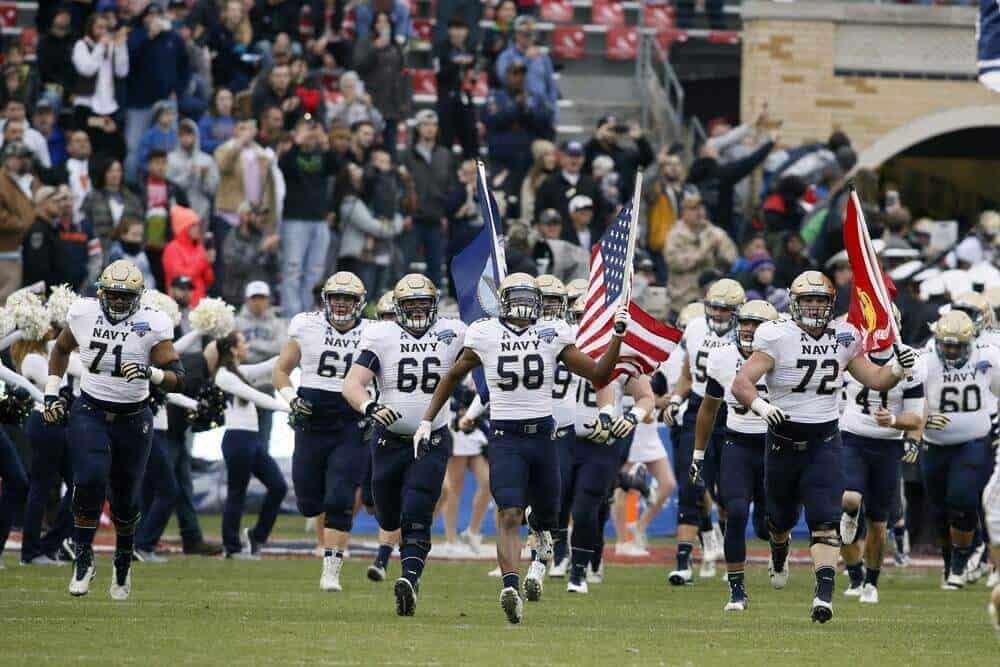 The Navy Midshipmen have posted their 2020 non-conference football schedule to their official website. The schedule includes games against Air Force, Army, Lafayette, and Notre Dame.

Navy is set to kick off the 2020 season against the Notre Dame Fighting Irish on Sept. 5. The game will be played at MetLife Stadium in East Rutherford, New Jersey.

The following week on Sept. 12, Navy hosts the Lafayette Leopards at Navy-Marine Corps. Memorial Stadium in Annapolis, Maryland. Navy and Lafayette have met 12 times on the gridiron and the Midshipmen lead the series 8-4.

Navy begins their quest for another Commander in Chief’s Trophy when they travel to take on the Air Force Falcons at Falcon Stadium in Colorado Springs, Colorado on Oct. 3. Last season, Air Force defeated Navy 28-14 to extend their series lead to 29-20.

Navy’s final 2020 non-conference game will be the 121st edition of the Army-Navy Game. The annual rivalry game will be played on Dec. 12 at a site to be announced.

Last season, Army defeated Navy 21-17 to break a streak of 14 consecutive losses to the Midshipmen.

Navy is set to open the 2017 season at Florida Atlantic on Friday, Sept. 1.

I think Navy need to play. One sec team. Like Vanderbilt. And. One ACC team Georgia Tec

Navy only has one non-conference game that isn’t a long-standing rivalry. They have 8 AAC conference games, Army, Air Force, and Notre Dame. So that last game is always going to be an FCS team or a low level FBS team