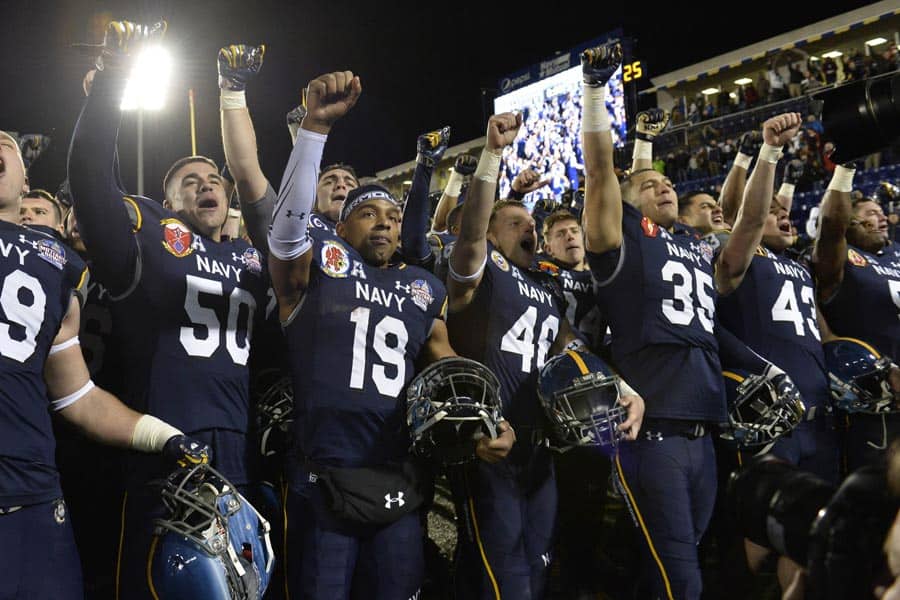 The Navy Midshipmen have posted their 2019 non-conference football schedule to their official website. The schedule includes games against Air Force, Army, Notre Dame, and Southern Miss.

Navy begins their quest for another Commander in Chief’s Trophy when they host the Air Force Falcons at Navy-Marine Corps. Memorial Stadium in Annapolis, Maryland on Oct. 5. Navy trails in the overall series 20-28 but has won the three of the last four contests.

The following week on Oct. 12, the Midshipmen travel to face the Southern Miss Golden Eagles at M.M. Roberts Stadium in Hattiesburg. In their first and only meeting in 2011, Southern Miss defeated Navy 63-35 in Annapolis.

On Nov. 16, Navy travels to South Bend to take on the Notre Dame Fighting Irish. The two schools have met 89 times, and the Midshipmen trail in the series 12-76-1.

Navy’s final 2019 non-conference game will be the 120th edition of the Army-Navy Game. The annual rivalry game will be played on Dec. 14 at a site to be announced.

The Midshipmen have dominated the Black Knights since 2002, winning 14 consecutive match-ups to extend their lead in the series to 60-49-7.

Navy’s 2016 Spring Game is set for Saturday, April 9 and their season-opener is Saturday, Sept. 3 at home vs. Fordham.

….so this means perhaps 3 Conf. games in September? unusual, if so….