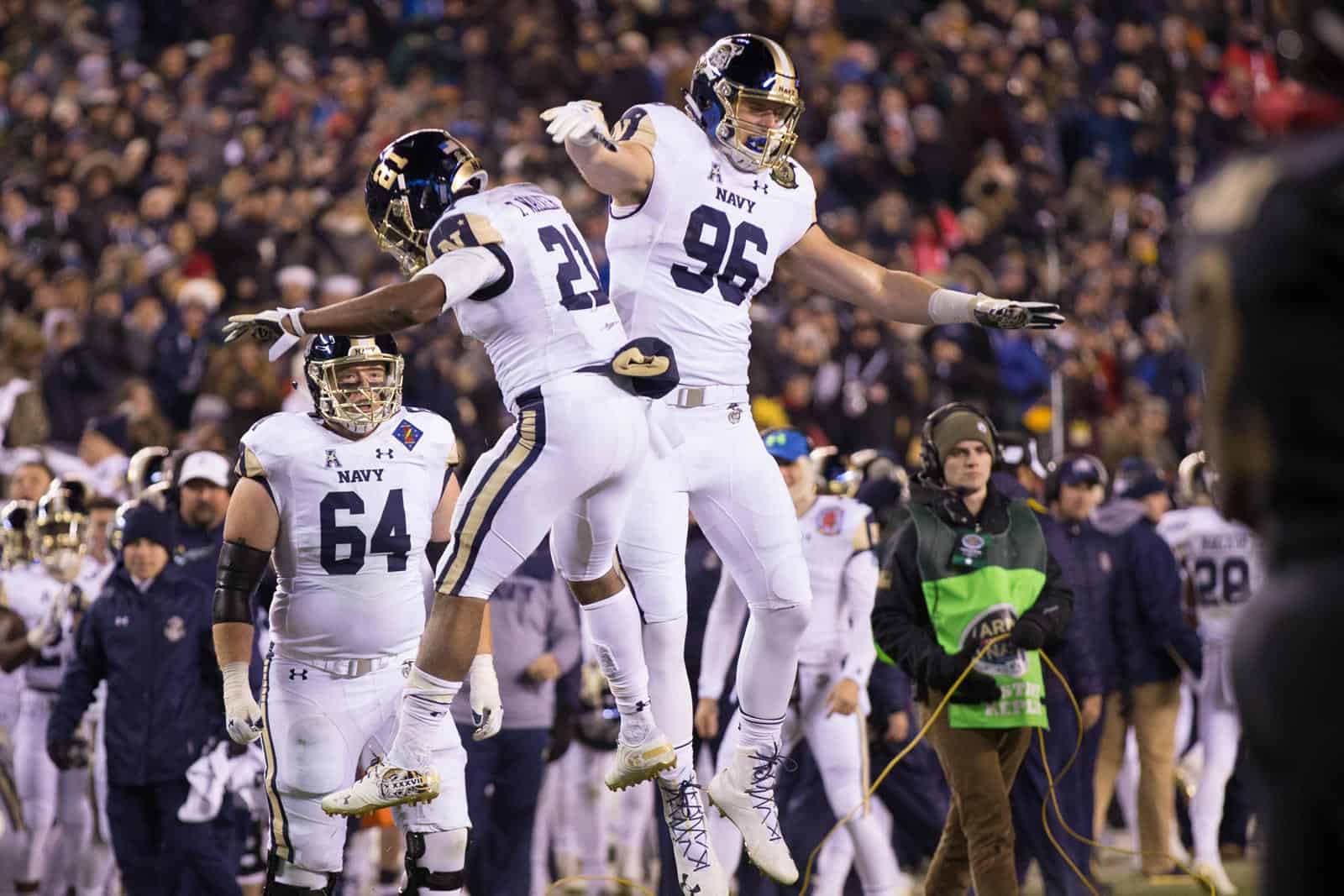 The Navy Midshipmen have posted their 2022 non-conference football schedule to their official website. The schedule includes games against Air Force, Army, Delaware, and Notre Dame.

Navy is set to kick off the 2022 season against the Delaware Blue Hens on September 3 at Navy-Marine Corps Memorial Stadium in Annapolis, Md. The two teams have met 18 times on the gridiron with Navy holding a 10-7 advantage in the series.

The Midshipmen begin their annual pursuit for the Commander in Chief’s Trophy when they travel to Colorado Springs, Co., to battle the Air Force Falcons on October 1. Air Force defeated Navy last season, 35-7, to extend their advantage in the overall series to 30-21.

The Midshipmen host the Notre Dame Fighting Irish on October 22, and the site of the contest will be announced at a later date. Notre Dame leads the series with Navy 79-13-1 and has won the last three meetings.

Navy’s final non-conference game in 2022 will be the 123rd edition of the Army-Navy Game. The annual rivalry game will be played on Dec. 10 at Lincoln Financial Field on Philadelphia, Pa.

Last season, Navy fell to Army 17-10, marking their third-consecutive loss in the series. Prior to that, the Midshipmen had defeated the Black Knights in 14 consecutive contests.

Navy opened the 2019 season with a 45-7 victory in Annapolis over the Holy Cross Crusaders. The Midshipmen’s next matchup is at home against the East Carolina Pirates on September 14.

Literally, there is no flexibility with Navy’s OOC schedule. FCS, Army, Air Force, and Notre Dame every year. They really should go back to being independent like Army. The Navy brand is strong enough that they will garner bowl bids if eligible.