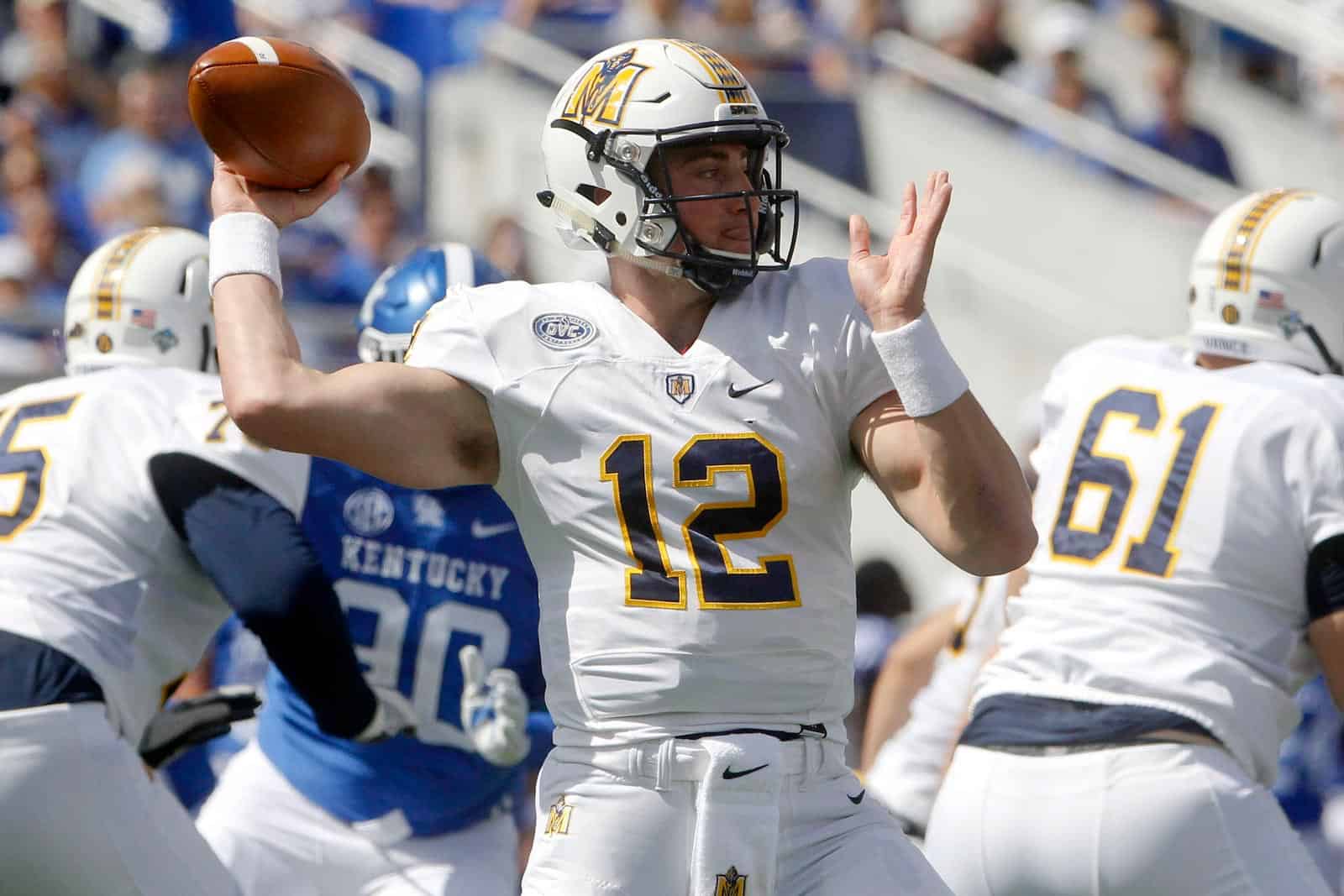 Murray State will open the 2019 season at home at Roy Stewart Stadium in Murray, Kentucky, against the UPIKE Bears on Thursday, Aug. 29.

The Racers then travel for back-to-back road games at Football Bowl Subdivision (FBS) opponents. Murray State plays at the Georgia Bulldogs on Sept. 7 and at the Toledo Rockets on Sept. 14.

“I love having the ability to play two FBS opponents, one of which is a College Football Playoff caliber team,” said head coach Mitch Stewart of the schedule. “Obviously, it will be a treat for me to come back home to Georgia and play my brother’s alma mater and it will be interesting to see if he’s wearing red and black or blue and gold! I’m very excited to play Morehead State, as that will be a new opponent for me with new and different challenges. They score a lot of points over there, so that will be a very good gauge of where we are at as a team going into our conference schedule.”

Murray State returns home to close out the non-conference portion of their 2019 schedule against the Morehead State Eagles on Sept. 21.

Ohio Valley Conference play for Murray State kicks off with a contest at the UT Martin Skyhawks on Sept 28. The Racers then host the Eastern Illinois Panthers on Oct. 5.

Murray State visits the Tennessee State Tigers on Oct. 12 before returning home to host the Eastern Kentucky Colonels on Oct. 19.

The Racers head out again, this time to face the Jacksonville State Gamecocks on Oct. 26, followed by a home contest against the Tennessee Tech Golden Eagles on Nov. 2.

After an open date on Nov. 9, Murray State welcomes the Austin Peay Governors to Roy Stewart Stadium. The Racers close out the 2019 regular-season on the road against the Southeast Missouri Redhawks on Nov. 23.

Murray State finished the 2018 season 5-6 overall and 5-3 in Ohio Valley action. The Racers haven’t won a conference championship since claiming a share of the OVC title in 2002.