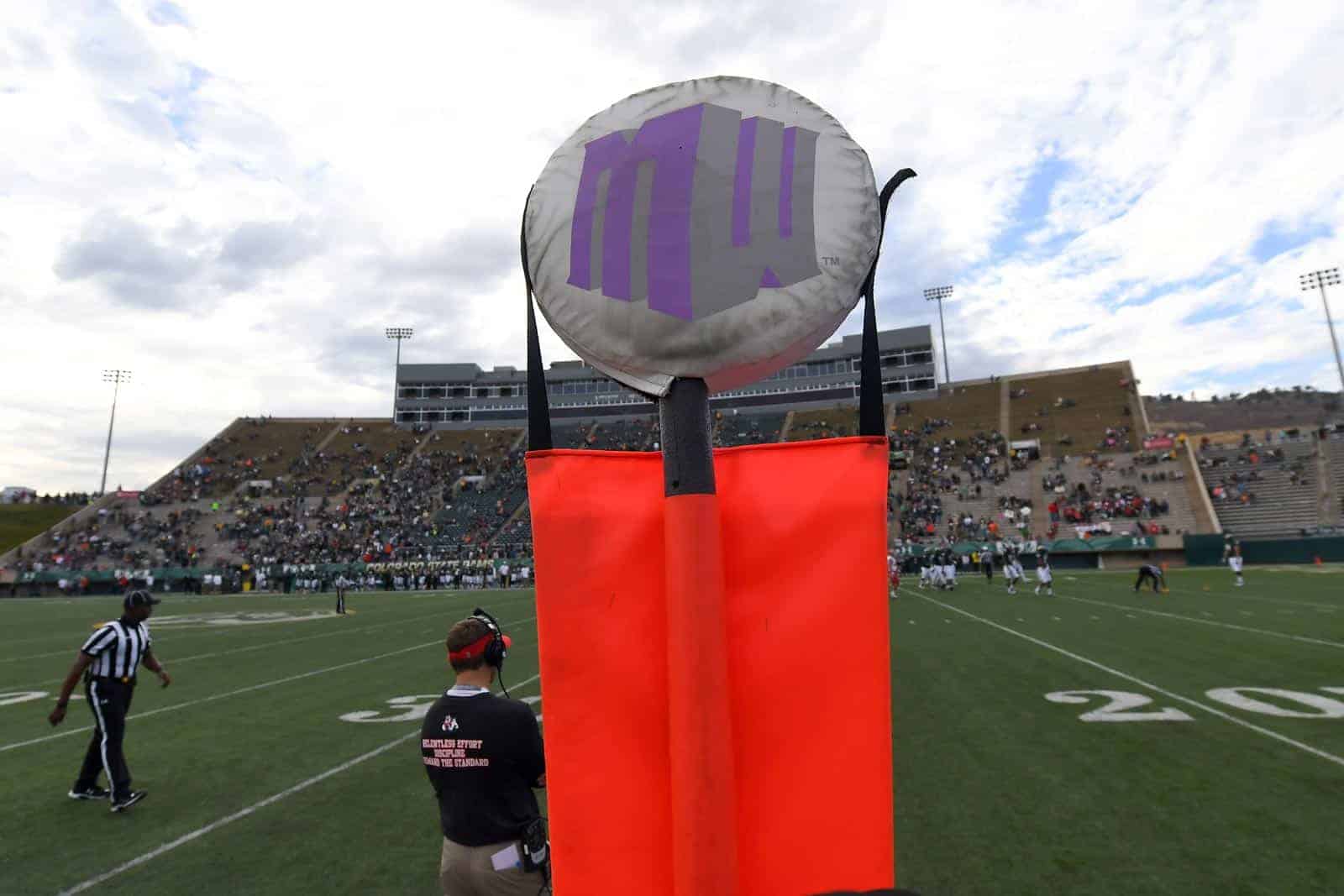 The Mountain West Conference has announced a new football schedule rotation for the 2023 through 2025 seasons.

A new rotation of opponents was set due to the Mountain West eliminating their divisions beginning with the 2023 season. The new rotation will also allow conference members to play each other more often.

The new model, which avoided repeat matchups at the same location from 2022 to 2023, is based on a 2-6 structure where each team will play two guaranteed opponents annually and face six other Conference teams. During the three-year cycle, all teams will face nine of 11 opponents at least twice, once at home and once on the road, and two opponents in each of the three years.

Below are the guaranteed opponents for each team:

Looks alright, but I would have made these edits:

In My Opinion,
Without doing any Research, this Model of Variety looks Great!
I also like the 8 Conference Foes model in any & all Conferences.

So, if Air Force goes to the Patriot League (except for football, an FBS indie), Boise State to the Big 12, and Colorado State and SDSU to the Pac-12, the MW should raid the FCS-level Big Sky Conference, with Eastern Washington, Montana, Montana State, and Sacramento State as my picks.

They should also adopt a 7-game conference schedule with three protected and four rotating opponents.

I’m not sure why the MWC did this. They have 12 teams, which works out perfectly for an 8-game conference schedule with 2 divisions of 6 teams.

You play your division (5 games), and 3 from the other side that rotate home and away every 4 years, allowing every 4-year athlete to visit every venue.

This system works better for larger conferences, but the MWC is not one of those.

Josh,
The Trust Five Conferences in 2022, led by the p12-10 lobbied the NCAA to change it’s regulations not requiring a Conference Championship between Division Champions. It was changed in the NCAA 1-A bylaws this Spring. That’s why the p10-12 immediately announced that the 2 Teams with the 2 best Conference records would play each other this December. The ACC announced it’s divisionless 2023 scheduling Model soon after, The b12-10 never had divisions because they played only 9 conference Games. The b10-14 & SEC14’s Divisions will be scrapped as soon as they decide what “schedule rotation” they prefer.
The writing has been on the Wall that your 2 Conference Teams with the best Records playing each other for the Title gives your Conference it’s entry to the College Football Playoff Administration, LLC’s 4 Team Invitational.
Trust Five VS Trust Five Conference empirical Evidence where this worked & Divisions didn’t work. The b12-10’s Champion, OK, has been to the Invitational 4 Times in the 8 Year history of the current “Playoff”. The p12-10 has “qualified” half as many times.
Trust Five Independent U.NotreDame doesn’t have to play a Championship Game to qualify. They only have to have a better Record than 2 of the 5 Trust Five Conference Champions & they’re in.
Comprende?

I feel like one of New Mexico’s protected rivals should’ve been Air Force, since it is the closest geographically.

Except that it does matter because they haven’t done what you’re saying. Also, the Patriot League is geographically friendly, AF would not fit geographically.

Air Force would join the Patriot League because Army and Navy are also in the conference (except for football). The US Government would help the PL’s private schools with their travel costs.

Seems like the California schools (Fresno, SDSU, and SJSU) should be permanent rivals. Would have fit perfectly in the 2-6 model.

SDSU doesn’t have much history with FSU & SJSU, since they were in the MW while the other 2 were in the WAC. That being said, I’m surprised UNLV wasn’t one of their annual teams.

This makes a lot more sense to me:

You can’t split CSU and Wyoming.

Nothing stopping them from doing what NC State and Wake Forest did and playing someone from the conference in a non-conference standing counting game…
.
Makes a lot of sense for Hawai’i to pick up an ooc game with Fresno the year they miss them for conference game.

It was UNC facing Wake Forest non-conference, not NC State. Let’s see how willing Hawai’i and Fresno State are to do something similar.

I don’t know anyone at the Conference Office or one of the ADs at a School.
Your observations have merit from your varying Perspectives. So does mine.

Except for MrVandy who notes the Hawai’i – Las Vegas Connection, In My Opinion ya’uns aren’t getting the statement in the 3rd Line of the Article which states “The new rotation will allow conference members to play each other more often.”

Several of You project “guaranteed opponents” meaning established former Division Members.
I M O, the Divisions Model is thinking inside the Box. Divisions Don’t Exist.
Thinking outside the Box is every conference Member playing All 9 conference members who aren’t their guaranteed opponent more often.
In the MWConference’s Statement “which AVOIDED repeat matchups at the same location in 2022 to 2023,” is changing it up in a good way for all the Fans.

I M O, having guaranteed Opponents which aren’t the same as who you’ve developed with in the divisions Era is thinking outside the Box. One of the Schools doesn’t have a geographical Inconference Rival because of Conference realignment, UNM Lobos VS NMSTU Aggies. I M O, the Rivalries at the Top of the Conference will continue to Grow taking precedence over the rivalries Not at the Top. The King of the Hill battles between the 2 Best Teams at the End of each Season will rightfully Grow & become more meaningful as the winning Franchises who do this press upon the losing Franchises to become relevant.

Boise State U. Broncos are the King of the Hill most often from 2012 to 2021.
Who in the MW is going to change that in The New Era?