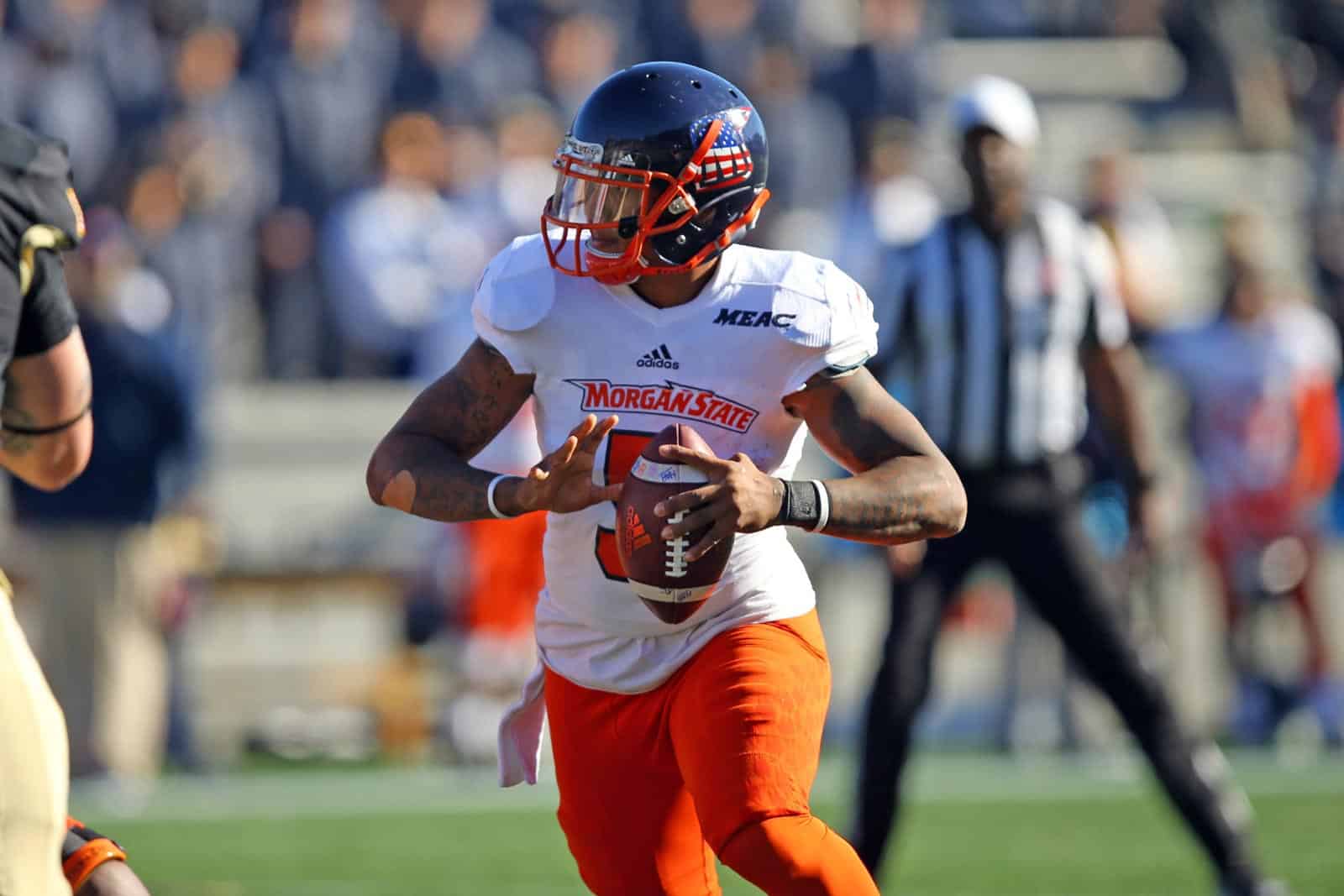 The Morgan State Bears have released their 2019 football schedule, which features games at Army and James Madison.

Morgan State is set to open their 2019 schedule at the Bowling Green Falcons on Thursday, Aug. 29. That game is followed by their first off week of the season on Sept. 7.

The Bears return to action with two more road games, first at the James Madison Dukes on Sept. 14 and then at the Army West Point Black Knights on Sept. 21.

The following week on Oct. 5, Morgan State travels to take on the Bethune-Cookman Wildcats before returning home to host the Delaware State Hornets for Homecoming on Oct. 12.

Next, Morgan State travels to take on the South Carolina State Bulldogs on Oct. 19 and then heads back to Baltimore to host the Florida A&M Rattlers on Oct. 26.

A trip to face the Norfolk State Spartans awaits on Nov. 2, followed by a home contest against the North Carolina A&T Aggies.

After their second off week of the season on Nov. 16, Morgan State closes out the regular-season with a contest at the Howard Bison on Nov. 23.

Morgan State finished the 2018 season 4-7, their fourth consecutive season with a losing record. The Bears last claimed a share of the MEAC championship in 2014 and also advanced to the FCS Playoffs that season.

WELL HOW WILL MORGAN PLAY IN THE MEAC…THE BEARS ARE GOING TO UPSET THREE TEAMS.
NORTH CAROLINA CENTRAL-HOWARD UNIVERSITY-DELAWARE STATE.