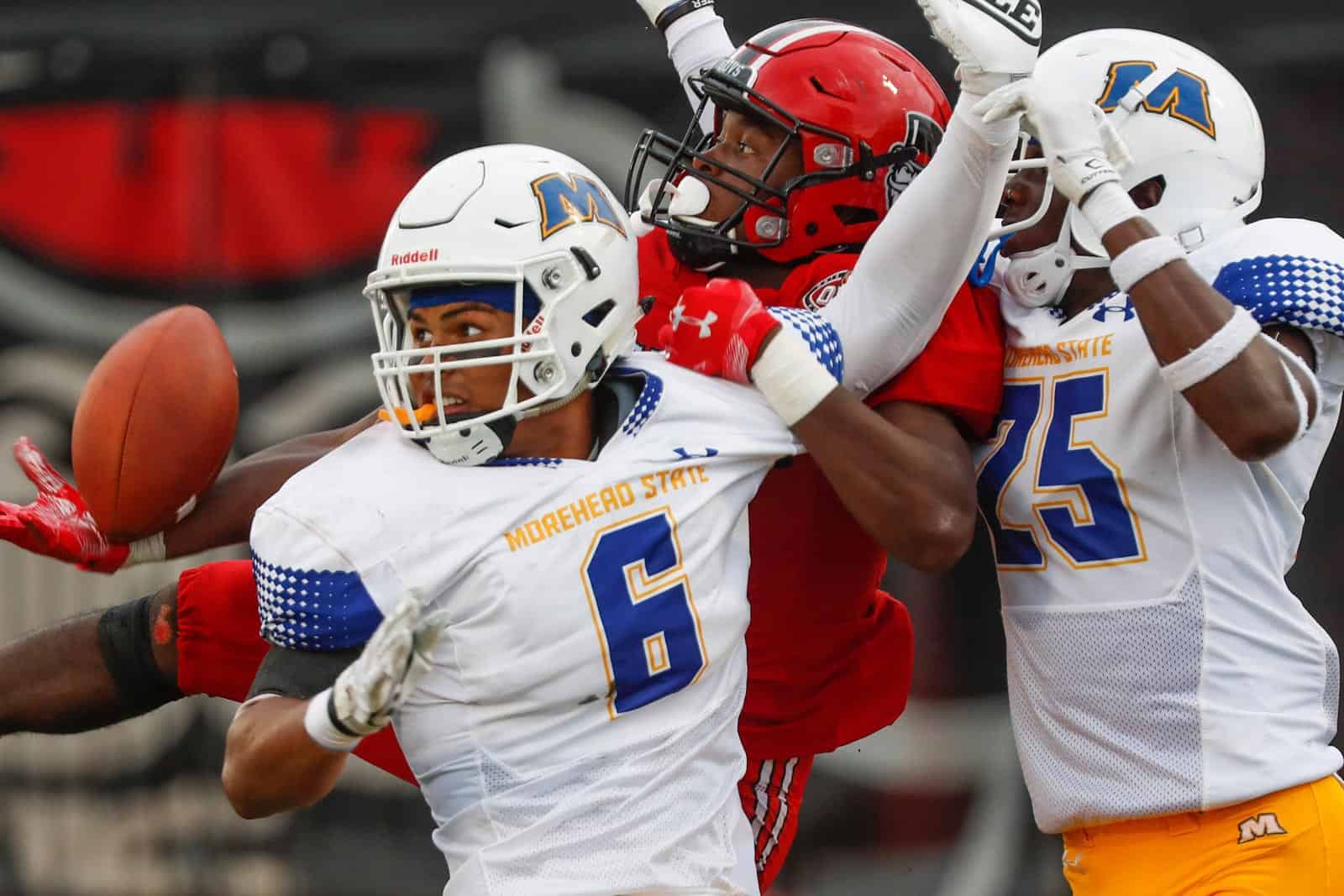 The Morehead State Eagles will play at the Mercer Bears in 2023 and at the Austin Peay Governors in 2025, FBSchedules.com has learned.

Morehead State will travel to take on Mercer at Five Star Stadium in Macon, Ga., on Saturday, Sept. 9, 2023. As part of the same contract, the two schools are scheduled to play this season in Macon on Saturday, Aug. 27, 2022. The Bears will pay the Eagles a total of $270,000 for playing both games, per the copy of the contract.

The 2022 Morehead State-Mercer contest will mark the first-ever meeting between the two schools on the gridiron. Morehead State is a member of the Pioneer Football League, while Mercer competes in the Southern Conference.

Morehead State will travel to take on Austin Peay on Saturday, Sept. 13, 2025. The Eagles will receive a $150,000 guarantee for the contest, according to the copy of the contract.

Morehead State and Austin Peay, currently a member of the ASUN Conference, first met on the gridiron in 1962 and played most recently during the 2021 season. Austin Peay defeated Morehead State in that contest in 2021, 59-35, but the Eagles still lead the overall series with the Governors, 26-22-0.