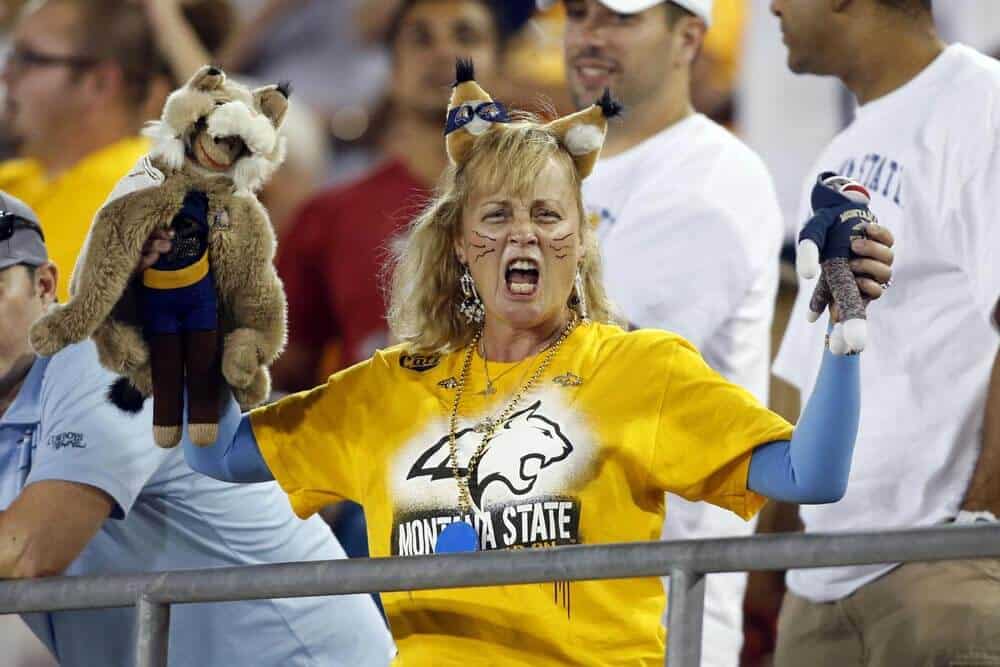 The Montana State Bobcats will play at the Wyoming Cowboys in 2021 and at the Oregon State Beavers in 2022, the schools announced on Tuesday.

Montana State will travel to face Wyoming at War Memorial Stadium in Laramie on Sept. 4, 2021. The game will be the 20th meeting between the two schools on the gridiron.

In their last meeting in 2003, Wyoming defeated Montana State 21-10 in Laramie to extend their overall series lead to 13-6.

The addition of Montana State completes Wyoming’s non-conference schedule for the 2021 season. The Cowboys are also slated to visit Northern Illinois (Sept. 11) and Clemson (Sept. 25) and host Ball State (Sept. 18).

Montana State will travel to Reser Stadium in Corvallis to take on the Oregon State Beavers on Sept. 17, 2022. The game will be the first-ever meeting between the two schools in football.

The Bobcats were scheduled to play at Oregon State on Sept. 15, 2001, but the game was canceled after the terrorist attacks that occurred on 9/11.

Oregon State has now completed their non-conference schedule in 2022. The Beavers are scheduled to open the season at home vs. Boise State on Sept. 3 and travel to Fresno State on Sept. 10.

This will be a nice regional game for both schools…..Montana State fields a pretty decent team most years and given the lack of yearly quality depth that happens to Wyoming,this game might be a toss-up….

In my realignment projections I have Montana and Montana State joining the MW replacing Air Force (moving to FBS Ind., other sports to Patriot) and Boise State (to Big 12) which I think is a fair trade for Idaho football rejoining the Big Sky

There does seem to be a bit of a surge towards playing a Indy schedule. The Pac-10 should climb off its high horse and invite BYU and Boise State to join.

That is a large horse to climb considering the elitist-almost snobby attitude of some of the PAC 12 schools towards the smaller, less populated and lesser academic reputations of Boise State and the culture clash with BYU and their Sunday ban on playing. They would need to bend on that issue before BYU would be admitted to the PAC 12-which I would like to see happen.