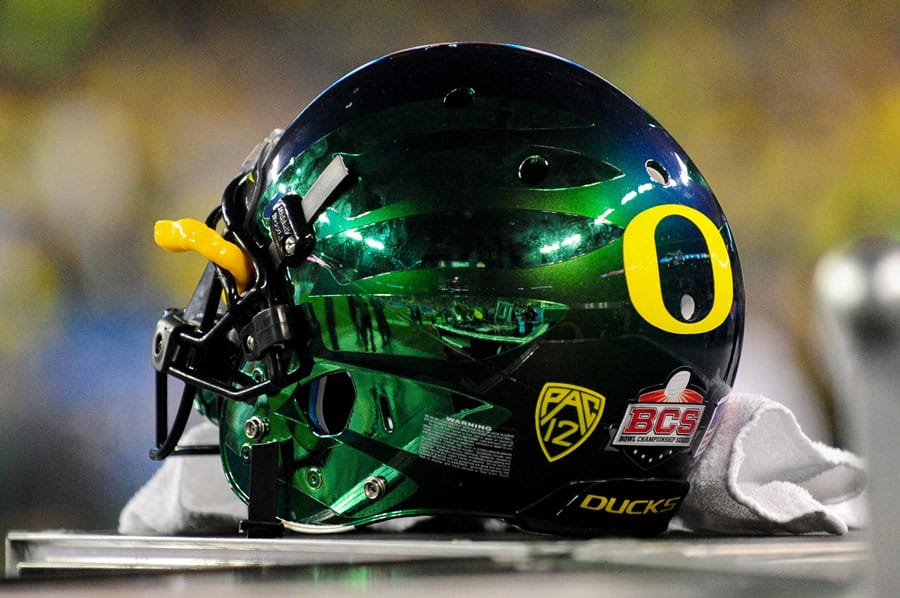 The Montana Grizzlies will play at the Oregon Ducks in 2019 and at the Washington Huskies in 2017 and 2021, the school announced on Friday.

The Grizzlies will visit Husky Stadium to take on Washington on Sept. 9, 2017 and then again four years later on Sept. 4, 2021. Montana and Washington haven’t met on the football field since 1951, when the Huskies won 58-7 to extend their series lead to 16-1-1.

Oregon has now tentatively completed their non-conference schedule for the 2019 season. The Ducks open the season against Auburn at AT&T Stadium in Arlington, Texas (Aug. 31) and then host Nevada the following week (Sept. 7).

Washington has also completed their non-conference schedule in 2017 and only needs one more game in 2021. The Huskies are slated to open the 2017 season at Rutgers (Sept. 2) and then host Montana (Sept. 9) and Fresno State (Sept. 16).

In addition to the Montana game in 2021, Washington is set to travel to take on the Michigan Wolverines on Sept. 18.

Ok this is two Pac 12 teams playing an FCS team. Where is the bashing and hate?

Because in addition to playing this FCS team, or weaker G05 teams, these teams are challenging themselves OOC. 9 conference games plus one strong P5 isn’t like playing patsies with all of your OOC games (and maybe only 8 conference games). Oregon has Ohio St (twice) Auburn, Nebraska (2x), Virginia, and Michigan St. in the next seven years. The teams that get bashed have a diet entirely made of cupcakes.

is Auburn not playing Oregon too? But they get slammed for playing Jacksonville State. Whats the difference? SEC hate I guess. Two faced haters

not true Saxon you bash Auburn yet mention them in this post. Got to be fair!!!!!

So LSU gets slammed for scheduling an out-of-state FCS school. Bama gets slammed for not playing an in-state school, etc. “So, why doesn’t Washington schedule in-state FCS Eastern Washington??? Where’s the outcry? Why is Oregon sending money to Montana that should go to Portland State and stay in state?” The inconsistencies of the SEC attackers exposed. Unlike the PAC, the SEC also doesn’t have a Colorado that hasn’t efforted any improvement since leaving the XII for the PAC and instead has become lower MW-quality. Compare CU against the SEC’s Kentucky, who works to improve and upgrade…. But anyway, back to wondering why they’ll play Montana, but not an in-state FCS instead….

It’s ok for Washington to schedule a Montana cause they play 9 conference games. Because the extra game with Colorado is so big & means sooooo much!. People luv to bash the SEC cause their relevant but will never bash another conference for doing the same.

Montana is a solid FCS program that could defeat the bottom 1/4th of FBS.

Jacksonville State beat Ole Miss a few years ago but that does not matter. If they SEC schedules an FCS school it is a joke. If a Pac 12 teams does it you find an excuse for it….SAD

Nothing wrong with 8-game conference schedule! Do you know how hard it is to win on the road in the SEC? If an SEC team played 5 conference games on the road, that puts them at a disadvantage every other year to go to ATL. I do agree the SEC should play a P5 every year, and stop playing a “neutral site” game every year (yea, im referencing you BAMA!)

Washington plays at least 1 FCS school every year, land at leat one other weak non Power5 team. Last year Eastern Wash and Georgia State, This year Sac St. Next year Portland State and Idaho, usually one of the worst teams in the country.No top notch teams like oregon schedules evey year until 2020 when they play Michigan. A weak out of conference schedule is the new mantra until they began to achieve success on the field.

name those schools RUS? Last time I’v e sen this done was by FSU in 2008. They are in the south but not the SEC> Dig deeper my friend.

RUS
Go Check out NC State, Wake Forest and Ga Tech before you mention SEC schedules. Te site is called fbschedules.com do you ever look at any of the schedules?