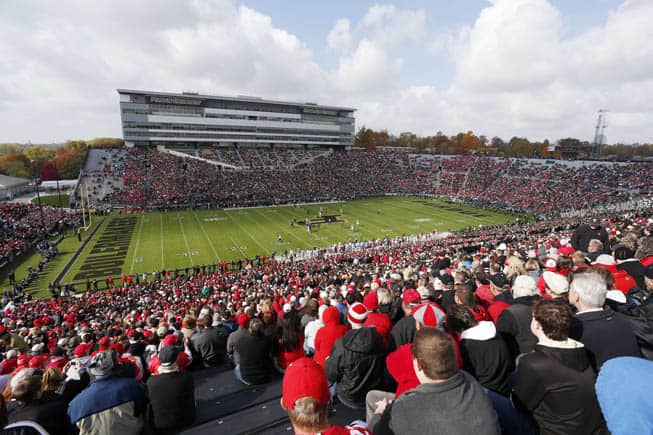 Missouri and Purdue have finally put ink to paper on their home-and-home football series for 2017 and 2018 that was first confirmed back in January 2013.

Missouri will host the first game of the series at Faurot Field in Columbia on Sept. 16, 2017. Purdue will host the second and final game at Ross-Ade Stadium in West Lafayette on Sept. 15, 2018.

The two schools have met eight times on the gridiron and Purdue leads the series 6-2. Their last meeting was in the 1980 Liberty Bowl in Memphis where the Boilermakers won 28-25.

“We’re pleased to add a quality opponent such as Purdue to our schedule,” said Missouri executive associate athletic director Bryan Maggard said in a release. “We feel like this is an attractive game for many reasons, and that it provides a name opponent within traveling distance that will allow our fans the chance to see a new location and follow the Tigers on the road.”

Even though the games were agreed to last year, the series with Purdue satisfies the SEC non-conference scheduling mandate for Missouri for both 2017 and 2018. Mizzou now needs to schedule a Power Five opponent for the 2016 season and for 2019 and beyond.

Missouri also added another non-conference game today and moved an existing home-and-home series. The Tigers will open the 2015 season at home against the Southeast Missouri State RedHawks on Sept. 5.