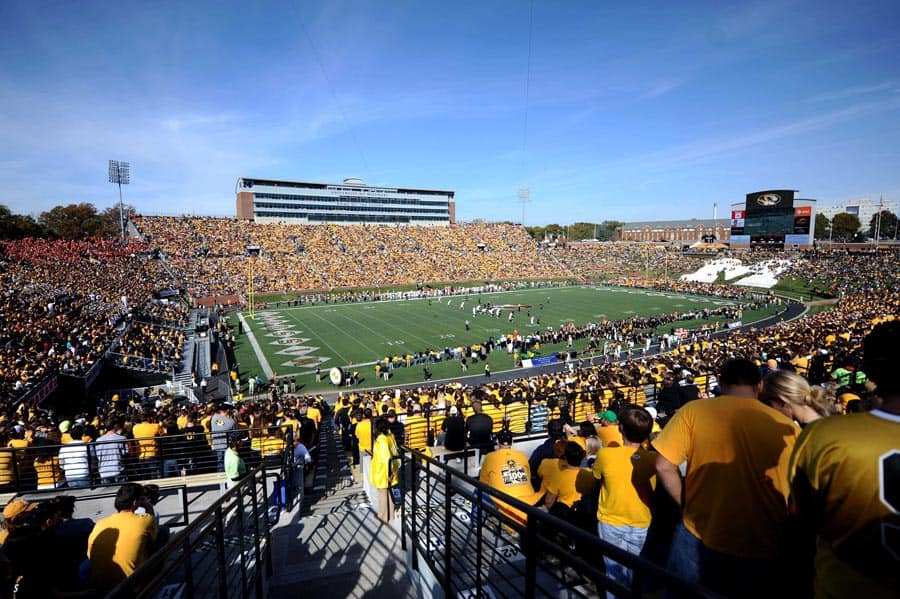 The Missouri Tigers have added the Idaho Vandals to their 2017 football schedule, Missouri announced today.

Missouri will host Idaho at Faurot Field in Columbia on Oct. 21, 2017. The game will be the third matchup between the two schools on the gridiron. Mizzou leads the series 2-0 after wins in 1958 and 1963.

“Our thanks to the Idaho administration and football staff, we’re very pleased to work together to get this game scheduled,” said Executive Associate Athletic Director Bryan Maggard. “We appreciate their efforts and are glad to be able to close out the schedule for the 2017 season,” he said.

The addition of Idaho completes the non-conference schedule for Missouri in 2017. The Tigers are also scheduled to host Missouri State (Sept. 2) and Purdue (Sept. 16) and travel to UConn (Sept. 23).

In conference play, Missouri will host Auburn, Florida, South Carolina and Tennessee and will travel to face Arkansas, Georgia, Kentucky and Vanderbilt.

Idaho has also tentatively completed their 2017 non-conference schedule. In addition to the game at Missouri, Idaho will host UNLV (Sept. 9) and travel to Western Michigan (Sept. 23) and Nevada (Sept. 30).

The Vandals were previously slated to visit Florida in 2017 to make up for their 2014 game that was halted and declared a “no contest” due to bad weather. Per The Spokesman-Review, Idaho will now travel to Gainesville in a season to be determined.

Two things. First I think Dennis Dodd is wrong about Idaho dropping to FCS after 2015. Second I think the 2017 Florida game (rescheduled) is cancelled – Idaho already collected the money.

Idaho is not going back to FCS. Not in a million years. They will get better and the Sun Belt will be a pretty good conference for years to come in the group known as the G5.

Benson, Idaho, and NMSU have a hard road ahead to convince a super majority of SBC schools to extend their 4 year contract. There are more than a few whispers that neither has the votes, and Idaho doesn’t have any supporters at all.

My bet is both get shown the door and an FCS school in the Eastern Time Zone is pulled up for all sports (not Liberty). The SBC will go to a 10/12 model in 2018, with a deregulated Championship game, It appears that 2 P5 and 2 G5 conferences support deregulation, so I think it will happen.

App State, Ga Southern and South Alabama are the future of the Sun Belt. Idaho is fading fast

SEC announces that Idaho will count towards ‘power 5 ‘ quota.

There are rumors of Hawaii possibly shutting down their football program. If this were to happen in the next five-ten years, will the Mountain West bring in Idaho or NMSU?

Neither of those schools would bring new markets to the MW. They’d either stay at 11 and hope the move to change the championship requirements are successful or go after a Texas school.

If Hawai’i shuts down, the MW would more likely offer BYU a year-by-year football-only membership first. And BYU would say “not!”, dreaming forever of Big Xii goodness.

Picking off UTEP makes some sense, and adding NMSU to make an odd 13 — as strange as that creates schedules it can be done. (ask C-USA or the MAC) Why NMSU? Because UNM and UTEP want to play them every year. Plus, Las Cruces is a decent town picking up a lot of population that wants to be near El Paso, but not IN El Paso. It’s a good fit geography-wise.

But still, that doesn’t make any move to 14 with Idaho. Frankly, Montana or Eastern Washington would be better marginal FBS teams than Idaho ever has been. And one of the Cal schools such as Cal Poly or Cal-Davis would be a better FBS riser.

Yeah it would be neat if EWU came up. They could have a rivalry with Boise called “The battle of the colored turfs”.