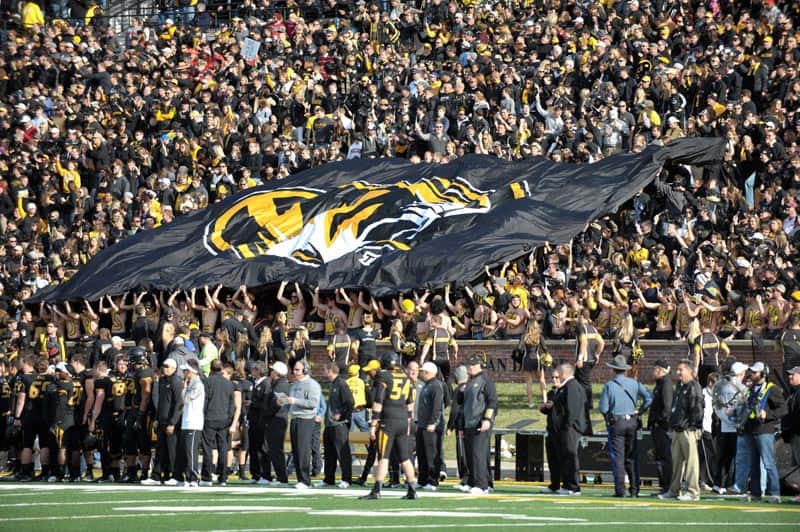 The Missouri Tigers will host the Eastern Michigan Eagles in 2016 and 2020, MLive reported on Wednesday.

Eastern Michigan was previously scheduled to play at Michigan State in 2016 and then host the Spartans in 2020 as part of the “Celebration of the State” series. However, new EMU athletic director Heather Lyke wasn’t satisfied with the terms because the 2016 game did not include a guarantee.

“When I took over as athletic director, I wanted to assess the whole football program, and scheduling is a big part of that,” Lyke said. “This was not an ideal situation. We couldn’t afford to play that game without a guarantee exchange.”

In turn, Eastern Michigan and Michigan State mutually agreed to cancel the 2016 and 2020 games, which avoided either school having to pay the $500,000 cancellation fee.

Enter the Missouri Tigers, who have been looking for non-conference games for the next few seasons. Missouri will host EMU at Faurot Field in Columbia on Sept. 10, 2016 and again in 2020 and will reportedly pay the Eagles $2.5 million for the pair of games.

According to Missouri executive associate athletic director Bryan Maggard, the deal is not complete yet but should be soon.

Adding Eastern Michigan gives Mizzou two non-conference games in both 2016 and 2020. The Tigers are slated to open the 2016 season at West Virginia and in 2020 are set to play BYU in Provo on Nov. 7.

Missouri and Eastern Michigan have officially announced the two-game series. Missouri will host EMU on Sept 10, 2016 and again on Sept. 26, 2020.

MSU already played at CMU and will play at WMU this season, they’ve honored the deal so far but if that gets them out of entering Ypsi good on ’em. Mizzou is wayyyyyyyyyyyy overpaying for these W’s.

This is a bad move by EMU,they needed that home game against MSU. The guarantee was that a game had major sellout potential instead of the usual 1,000 or less that EMU draws,especially towards the end of the season.