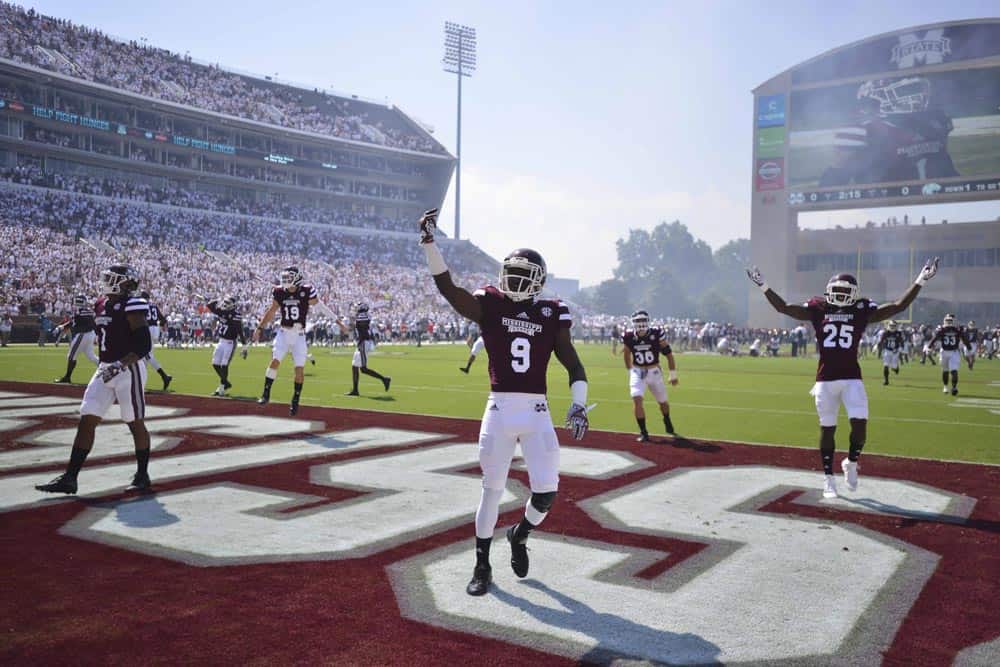 The Mississippi State Bulldogs and the UL Lafayette Ragin’ Cajuns have scheduled a “Home-and-Dome” football series for 2018 and 2019, it was announced on Thursday.

“This series makes sense because MSU gets a home game, followed by a neutral-site contest in a destination city our fans can get to easily,” MSU Director of Athletics Scott Stricklin said. “The opportunity to open the 2019 season in the Superdome on Labor Day weekend is a huge plus.”

Mississippi State holds a 3-0 lead in the series against UL Lafayette. In their most recent meeting in 1987, the Bulldogs defeated the Ragin’ Cajuns 31-3 in Starkville.

“We are very excited in scheduling a two-game series against a member of the Southeastern Conference,” UL Lafayette director of athletics Scott Farmer said. “To play another game in the Mercedes-Benz Superdome, one of the great venues in sports and that has become a second home to us, will present our fans and alumni a great opportunity to enjoy an extended weekend in New Orleans while getting the college football season off to a great start.”

The addition of UL Lafayette completes the non-conference schedule for Mississippi State in 2018 and gives the Bulldogs three announced opponents in 2019.

In 2018, the Bulldogs are scheduled to host Stephen F. Austin on Sept. 1, travel to Kansas State on Sept. 8, and then host Louisiana Tech on Sept. 15.

Mississippi State is the first announced non-conference opponent for the Ragin’ Cajuns in 2018. In 2019, the Cajuns are slated to visit Ohio on Sept. 21 and host Tulsa on Sept. 28.

9 conference games, SEC and ACC. Get on it.

Conference games don’t matter as much as playing quality opponents. The playoff committee has already decided that. That’s why they Big 12 is adding teams and a championship game. If 9 conference games mattered, they would stand pat.

Another week almost in the books and the other conferences are all losing games to teams in non-Power 5 conferences. In the ACC, Virginia lost to Connecticut. Syracuse lost to South Florida. In the Big 12, Kansas lost to Memphis. In the Big Ten, Iowa lost to FCS member North Dakota State. Illinois lost to Western Michigan. Meanwhile in the SEC, they just keep winning.

14 teams. There were four conference games, and six non-conference games. The S.E.C. went 5-1, with home wins against North Texas, New Mexico State, Ohio, Texas State, and East Carolina. There was one game against a Power 5 school – a loss to Georgia Tech.

The argument by SEC haters is that playing nine conference games matters because it adds an extra game against a team from a Power 5 conference to your schedule.

Are games against teams from the Power 5 more difficult? Absolutely. But there are games against teams outside the Power 5 that may be just as difficult. You can’t judge a schedule simply by the number of Power 5 teams on it, you have to look at the quality of the opponents. And it is here that the SEC distances itself from the pack. The SEC typically plays a more difficult conference schedule with only eight games than most other conferences do in nine. It’s just a fact. Playing Mississippi, LSU, Auburn, Arkansas, Georgia, Tennessee, and A&M is a tougher slate than playing Indiana, Illinois, Iowa, Wisconsin, Purdue, and Penn State. It just is.

Thankfully, the playoff committee understands this.

When you are a Power 5 team that can’t beat Illinois State, Western Michigan, Northern Iowa, or Richmond, you can’t be considered a tough conference game simply because you play in a Power 5 conference.

At this point just add Western Michigan to the BIG, if they can beat N’western & Illinois then anybody can. They’re are some G5 & FCS that clearly show they can hang with the big dogs but some just don’t wan to see that, they call them cupcakes. Yet, the SEC has not lost to any of these, that is why the chat is quiet, if even Vandy lost to W.Michigan these chats would be blown up with how the SEC sucks.

You’re right. The top of the MAC is clearly as good as the middle of the Big Ten. Iowa was in the Big Ten Championship five games back and they just lost to an FCS team. A good FCS team, but an FCS team nonetheless.

I get Kansas losing to someone like that. Washington State is understandable. Heck, even Richmond beating Virginia makes sense to a degree… but for the number two team in the Big Ten a year ago to lose to an FCS team proves just how far that league has fallen.