Minnesota to host Tennessee Tech in 2020 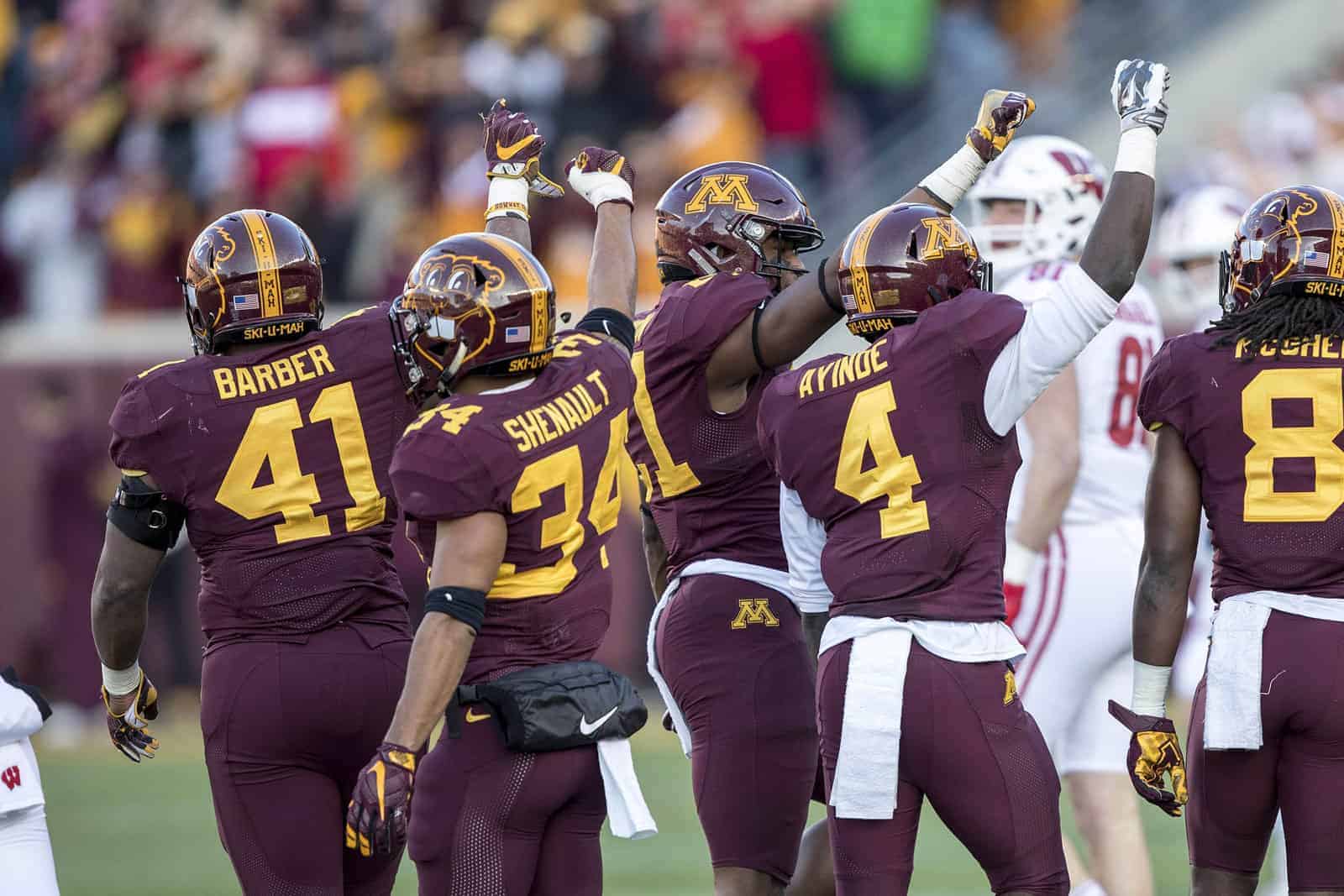 The Minnesota Golden Gophers have added the Tennessee Tech Golden Eagles to their 2020 football schedule, the school announced on Wednesday.

Minnesota will host Tennessee Tech at TCF Bank Stadium in Minneapolis on Sep. 12, 2020. The game will be the first-ever meeting between the two schools on the gridiron.

The addition of Tennessee Tech tentatively completes Minnesota’s schedule in 2020. Other non-conference games include home contests against Florida Atlantic (Sept. 3) and BYU (Sept. 26).

In Big Ten action, the Golden Gophers are set to host Iowa, Michigan, Purdue, and Northwestern and travel to Maryland, Wisconsin, Illinois, Michigan State, and Nebraska.

Tennessee Tech is a member of the Ohio Valley Conference in the Football Championship Subdivision (FCS). The Golden Eagles finished the 2017 season 1-10 overall and 1-7 in conference play.

“When you play these games, you’re trying to get as much exposure as you can for your team,” said Tech head coach Dewayne Alexander. “Our players enjoy playing against FBS schools and competing in the larger venues in front of bigger crowds than normal. Competing against a Power 5 school is an amazing opportunity.”

Minnesota has been irrelevant in football since 1960-so who cares? Along with Illinois-they are the Rutgers of the upper Midwest.

When are you going to have FCS schedules?

Being a Minnesota (and as well UCLA) season ticket holder not a big fan of Tennessee Tech being added to the Gophers’ schedule, but is this any worse then the non-conference games most of the SEC will schedule for their opponents in 2020? Minnesota will still play road games at Michigan State, Nebraska and Wisconsin and without the benefit of a bye week (weak game) to finish before the season finale. With the exception of Georgia, the SEC fan(s) have nothing to speak out about. This Day and Dave guy appear to be real works.

I knew that someone had to bring up their SEC-envy.

Have you heard of a team called Alabama? They too are in the SEC & have won 5 NC in the last 9 years.
As for OOC teams the SEC plays, the point was don’t complain about SEC OOC opponents when other conferences such as BIG does the same thing, no one is saying it is not any worse, SEC does schedule stronger FCS teams for the most part. As for the having nothing to speak about, with the exception of Georgia & Bama. I would say that Auburn, S.Carolina, Florida, LSU, Texas A&M, OLe Miss, & Miss St have had some merit & if you have to go on the road to face any of those teams, GOOD LUCK!

Not a fan of the B1G backpedaling so much on what the initially claimed their scheduling guidelines would be but if I have to find a silver lining it’s good for the FCS schools and their budgets… but I’d still rather see these spots at least go to MAC schools.

LOL at hyping up a road game at Nebraska. That shows you just how pathetic the Little Ten has become.

LOL at an adult using LOL in a non-ironic way and using terms such as “Little Ten”. Sad.

Wow!!!
All this hate from the SEC because a mediocre at best Minnesota schedules an FCS team. When Michigan and Ohio State schedule FCS teams before their final game, I’ll start paying attention

Mr. Day, As I’m new to this site I looked back at a long period of history regarding “bashing” of SEC schools and it appears nothing is mentioned negative or positive when the Vanderbilts and Kentuckys schedule the Little Sisters, but only when the “power” schools of the SEC do their traditional weak non-conference scheduling. No doubt the SEC has a strong history in recent decades of winning “national” championships in football, but why should this allow them the credentials in scheduling such “low” standards non-conference opponents? If you truly are the best, don’t you want to play the best? I see in many of the past posts, individuals have shared much about how many of the SEC’s selection of their four non-conference opponents occur. Truly, it’s nothing to be proud of. Even to play a “Rutgers” on the road I would consider more challenging than a Citadel at home contest. Two different sets of standards I guess… P.S. Minnesota has never lost to Alabama in football, Music City Bowl victory and beat a heavily favorite Arkansas team in the same bowl prior to that. Minnesota currently is extremely poor team and may never be good again, but they do have Seven National Championships to their name.

Max, you need to look harder on the posts! Most SEC schools play at least one hard or competitive game a year, I highly doubt playing teams like Clemson, Ga.Tech, FSU & Louisville is to be labeled “4 low standards of OOC. Georgia going to South Bend last year was not “low” standards & a lot of these G5 or low standards opponents can really put in fight or two & come close to winning. As for Alabama playing the & beating the best, what do you think they’re doing when they open up the season with FSU, Clemson, Michigan, W.Virginia, USC, Va.Tech & Wisconsin?
The Citadel is actually a very good FCS school & I bet they would properly beat Rutgers at Rutgers if they had the chance.
I have nothing against Minnesota & good luck to them this year, nice to see they finally got there own stadium.

How many natty’s does the Little Ten have in the last, oh, 15 years?

How many does the SEC have?

That’s just one of the reasons why your mom likes me more.

Joe, nobody likes you. Keep off the internet and keep both hands on the wheel of that big rig.

I do not like Minnesota’s scheduling trends at all. They are multiple years on the list of playing no Power 5 Schools out of conference, scheduling FCS teams is also weak, although I hope South Dakota St beats them. And for the record I do not like any of the Power 5 schools not playing at least one Power 5 school each year, praise them when they schedule two such games, and wish all Power 5 schools would stop scheduling FCS schools. All this could happen easily if the Committee for the playoffs would take this into consideration not only for Minnesota but all the teams (in conference for now) that play them.

“SEC does schedule stronger FCS teams for the most part.”

I left Georgia out because they routinely play 2 Strong P5 games a year.

This is just the East.