Minnesota to host Georgia Southern in 2019 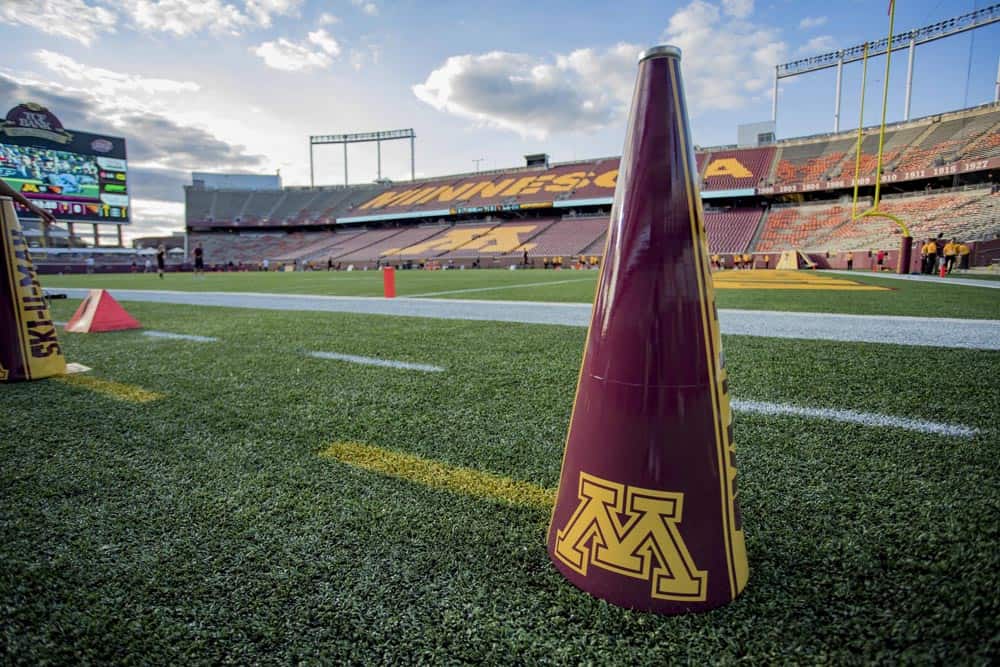 The Minnesota Golden Gophers have added the Georgia Southern Eagles to their 2019 football schedule, the school announced on Wednesday.

Minnesota will host Georgia Southern at TCF bank Stadium in Minneapolis on Sept. 14, 2019. The game will be the first-ever meeting between the two schools.

The addition of Georgia Southern completes Minnesota’s football schedule for the 2019 season. The Golden Gophers open the season vs. South Dakota State on Thursday, Aug. 29 and then travel to Fresno State on Sept. 7.

Georgia Southern, a member of the Sun Belt Conference, has now announced three of their four non-conference games for 2019. The Eagles are slated to open the season at LSU on Aug. 31 and later host Kent State on Sept. 21.

“Scheduling a game with Minnesota gives us a chance to take the Georgia Southern brand to a part of the country that has never been exposed to Eagle Football,” Georgia Southern Director of Athletics Tom Kleinlein said. “We’re excited to be able to do that and give our team and fans a new experience and opponent.”

Minnesota Non Conference schedule is complete for 2019. Aren’t Gophers required to schedule a power 5 non conference team in Big ten? Can we expect them to move of buyout a game?

Who knows, their official release says their schedule is “complete.” Maybe the B1G will take the game at Fresno State as an exception. They are also not supposed to play FCS teams, but South Dakota State was already scheduled.

Thank you Kevin. We will see I guess. I know we also don’t have a Power 5 team scheduled in 2018. All 3 of those games were booked before the schedule requirements.

Why do teams continue to schedule Georgia Southern? That is a team that P5 teams should never schedule. You’re asking for a loss if not at least cracked knees on Sunday.

The following B1G programs do not have an OOC game scheduled against a P5 program in 2019.
Minnesota @Fresno St
Wisconsin @USF
Indiana Conn
Illinois @Conn

Thank you Cory. I know the Big Ten counts UConn and Cincinnati as a P5 even though they are not. Kind of silly. I have no clue about Wisconsin. It looks as though they filled their schedule after the mandate just like the Gophers did.. Maybe is more of something the B1G wants teams to do but not a requirement? I don’t know…

Star Tribune got the answer:

As far as the scheduling of Fresno State – this is from Joe C in the Strib:

The Big Ten has mandated that members schedule one Power Five nonconference foe per season. Oregon State checks that box for the Gophers in 2017. And the Big Ten has made an exception for independents such as BYU and Notre Dame and certain members of the American Athletic Conference and Mountain West, including Fresno State.

“Otherwise we wouldn’t have done that,” Claeys said. “[The Big Ten] has to approve it.”

So, that explains why Fresno State is on the schedule instead of a “Power 5” team.

The Eagles will stomp you. Bet.
Peace, love, and GATA.

yep the Eagles Will