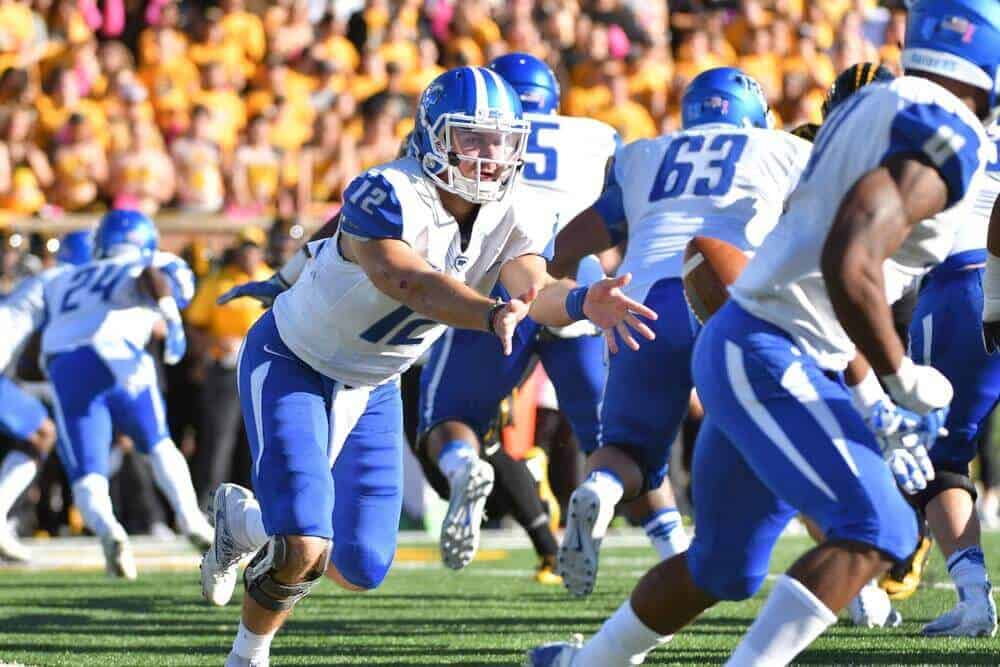 The Middle Tennessee Blue Raiders have added the UT Martin Skyhawks to their 2018 football schedule, according to the official athletics site of UTM.

Middle Tennessee will host UT Martin at Johnny “Red” Floyd Stadium in Murfreesboro on Sept. 8, 2018. The game will be the 27th meeting in the series that is currently led by the Blue Raiders 18-7-1.

UT Martin is a member of the Ohio Valley Conference (OVC) in the Football Championship Subdivision. Last season, the Skyhawks finished 7-5 overall and 6-2 in OVC play.

Middle Tennessee has now tentatively completed their non-conference schedule in 2018. The Blue Raiders are scheduled to open the 2018 season at Vanderbilt on Sept. 1.

A week after hosting UT Martin, Middle Tennessee travels to Athens to take on Georgia. The Blue Raiders’ final non-conference game of the season is at Kentucky on Nov. 17.