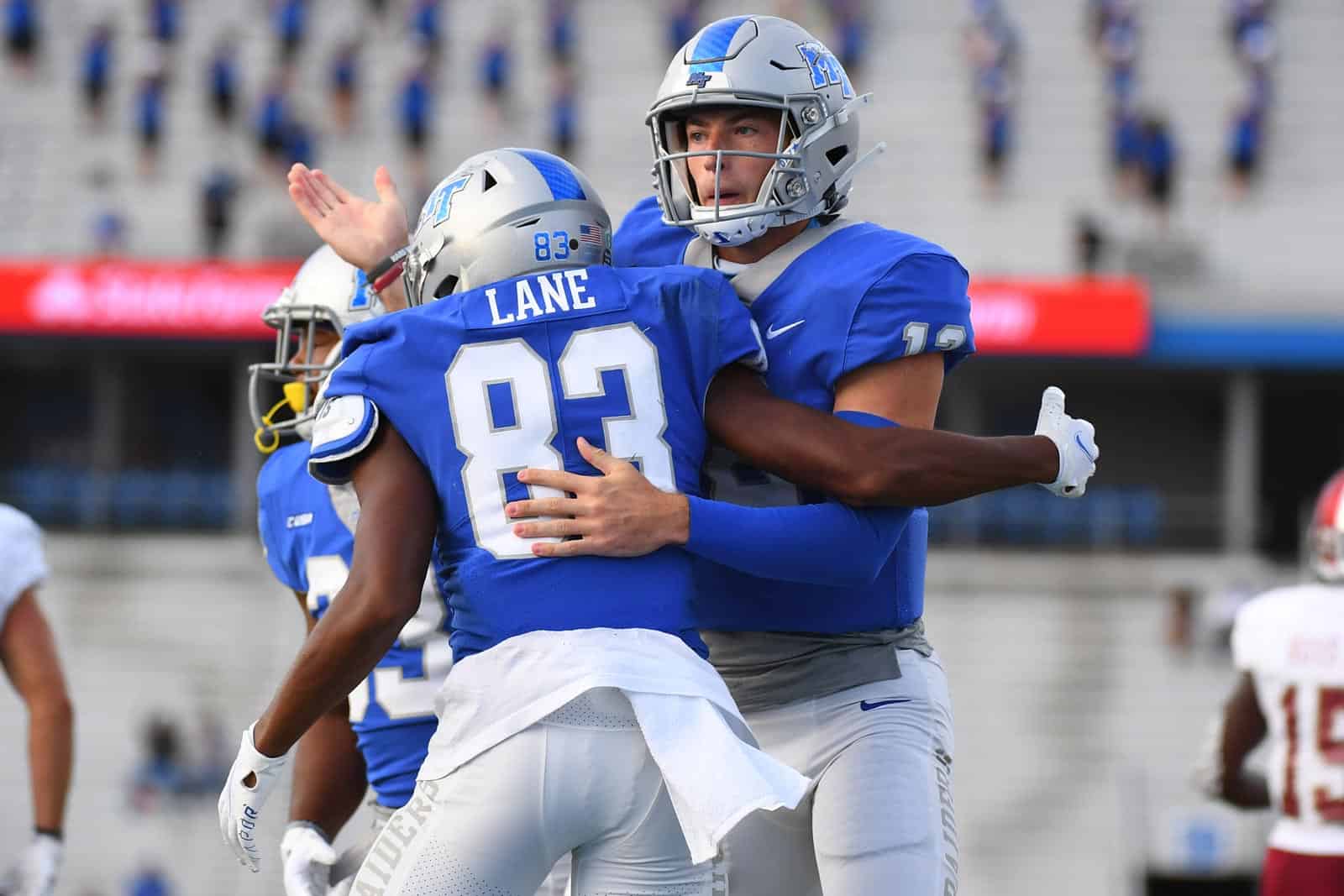 Middle Tennessee will host UAB at Johnny “Red” Floyd Stadium in Murfreesboro, Tenn. The game will kickoff at 2:30pm ET/1:30pm CT and the television broadcast information will be released at a later date.

This contest will mark the ninth overall meeting between the schools on the gridiron, with the series currently tied at 4-4.  In their last matchup in the 2018 C-USA Football Championship Game, UAB defeated Middle Tennessee 27-25 in Murfreesboro.

“We’d like to thank Conference USA for scheduling this game,” said UAB Director of Athletics Mark Ingram. “While we would have liked to have played this game in Birmingham at Legion Field to have a proper Senior Day for our student-athletes, at this point in the season we are grateful to have another conference game that provides us an opportunity to compete for a West Division championship. We are also excited that Murfreesboro is a reasonable distance from Birmingham which allows our fans an opportunity to see the Blazers play.”

The game between the Blazers (4-3, 2-1 C-USA) and the Blue Raiders (3-6, 2-4 C-USA) came about after both teams had multiple cancelations throughout the past few weeks. UAB has had three straight games canceled, while Middle Tennessee has had two of its last three C-USA games postponed.