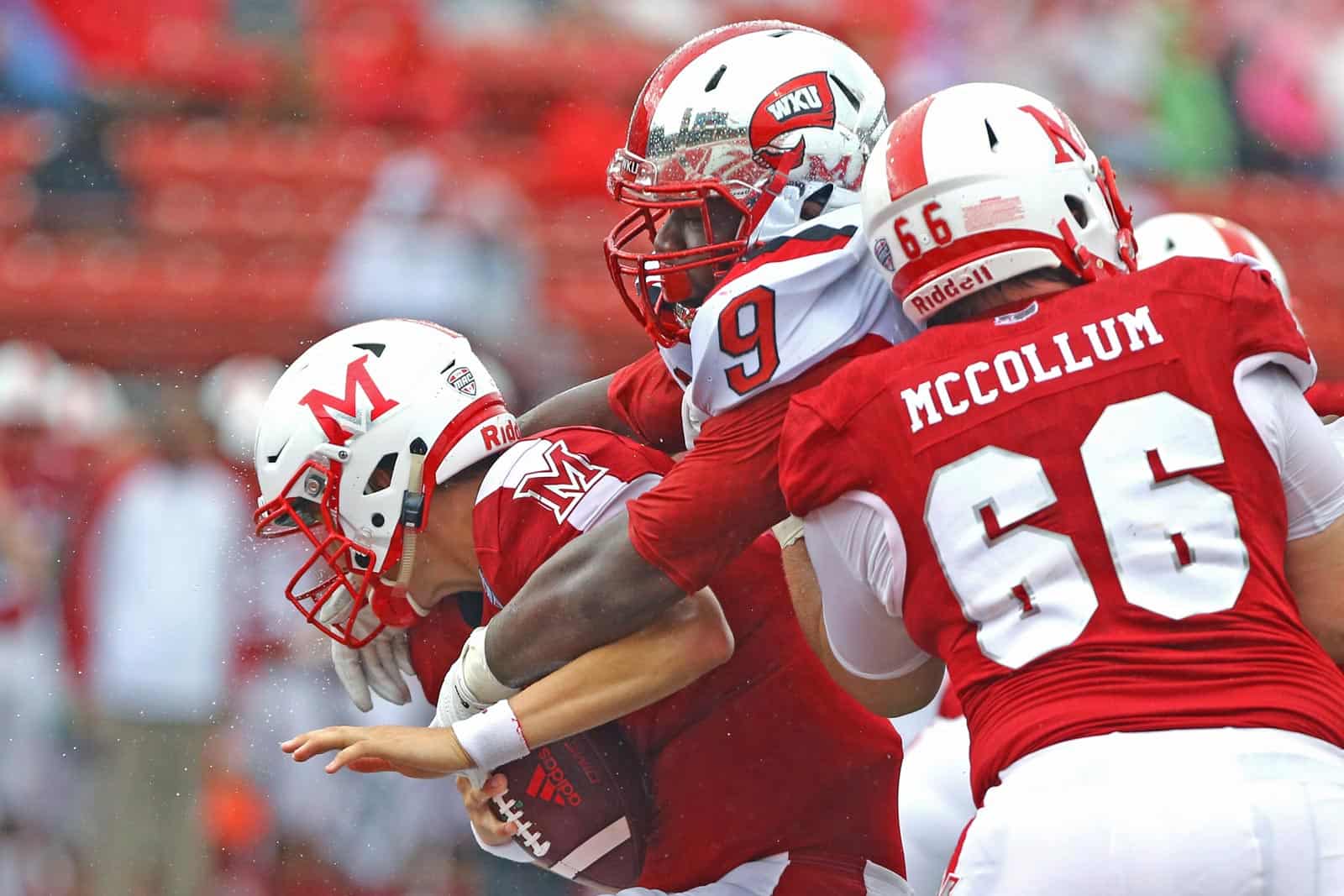 The Miami (Ohio) RedHawks and the Western Kentucky Hilltoppers have scheduled a home-and-home football series for 2027 and 2028, FBSchedules.com has learned.

In the first game of the series, Miami (Ohio) will travel to face Western Kentucky at Houchens-Smith Stadium in Bowling Green, Ky., on Sept. 25, 2027. The RedHawks will host the Hilltoppers the following season on Sept. 23, 2028 at Yager Stadium in Oxford, Ohio, per a copy of the contract obtained from Miami University.

Miami and Western Kentucky’s only two previous meetings on the gridiron came during a home-and-home series played a few seasons ago. The Hilltoppers won both contests, 56-14 in Bowling Green in 2015 and 31-24 in Oxford in 2016.

With the addition of the Western Kentucky series, Miami now has three non-conference games scheduled for 2027 and two for 2028. In 2027, the RedHawks are scheduled to host Cincinnati on Sept. 11 and travel to face Purdue on Sept. 18.

Miami’s only other non-conference contest currently scheduled in 2028 is a trip to play in-state rival Cincinnati on Sept. 9.

The RedHawks are the second scheduled non-conference opponent for Western Kentucky in 2027, joining a contest at Ball State, and first for 2028.