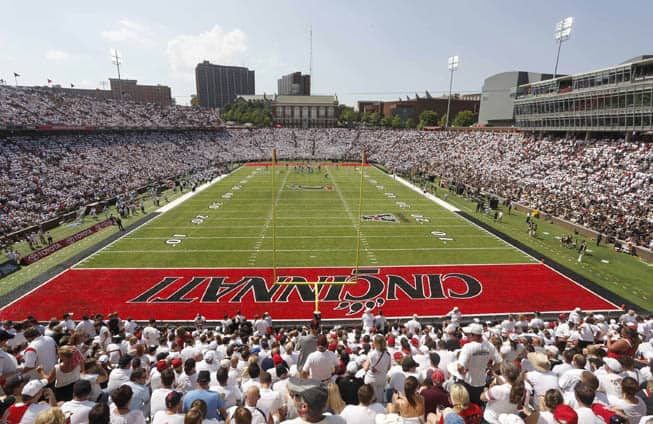 The Miami Hurricanes and the Cincinnati Bearcats have scheduled a home-and-home football series for 2014 and 2015, UC director of athletics Whit Babcock officially announced today. Miami has also announced the series.

In their last meeting in 1998, Miami defeated Cincinnati 38-12. The Hurricanes have won ten straight games in the series and lead overall 10-1.

Cincinnati already had four non-conference game scheduled for the 2014 season, but have canceled a planned game against Stony Brook on Aug. 30. UC will also host Toledo (Sept. 13) and Miami, OH (Sept. 20) and travel to Ohio State (Sept. 27).

The addition of the Hurricanes also tentatively completes Cincinnati’s 2015 non-conference schedule. The Bearcats are also scheduled to host Alabama A&M (Sept. 5) and travel to Miami, OH (Sept. 19) and BYU (Oct. 24).

Decent and interesting matchup between these two for the next two season!

This would be a great game for a Thursday or Friday night. I would enjoy watching this matchup but it would get lost in a big Saturday line up.

I agree, it would be a great weeknight game.