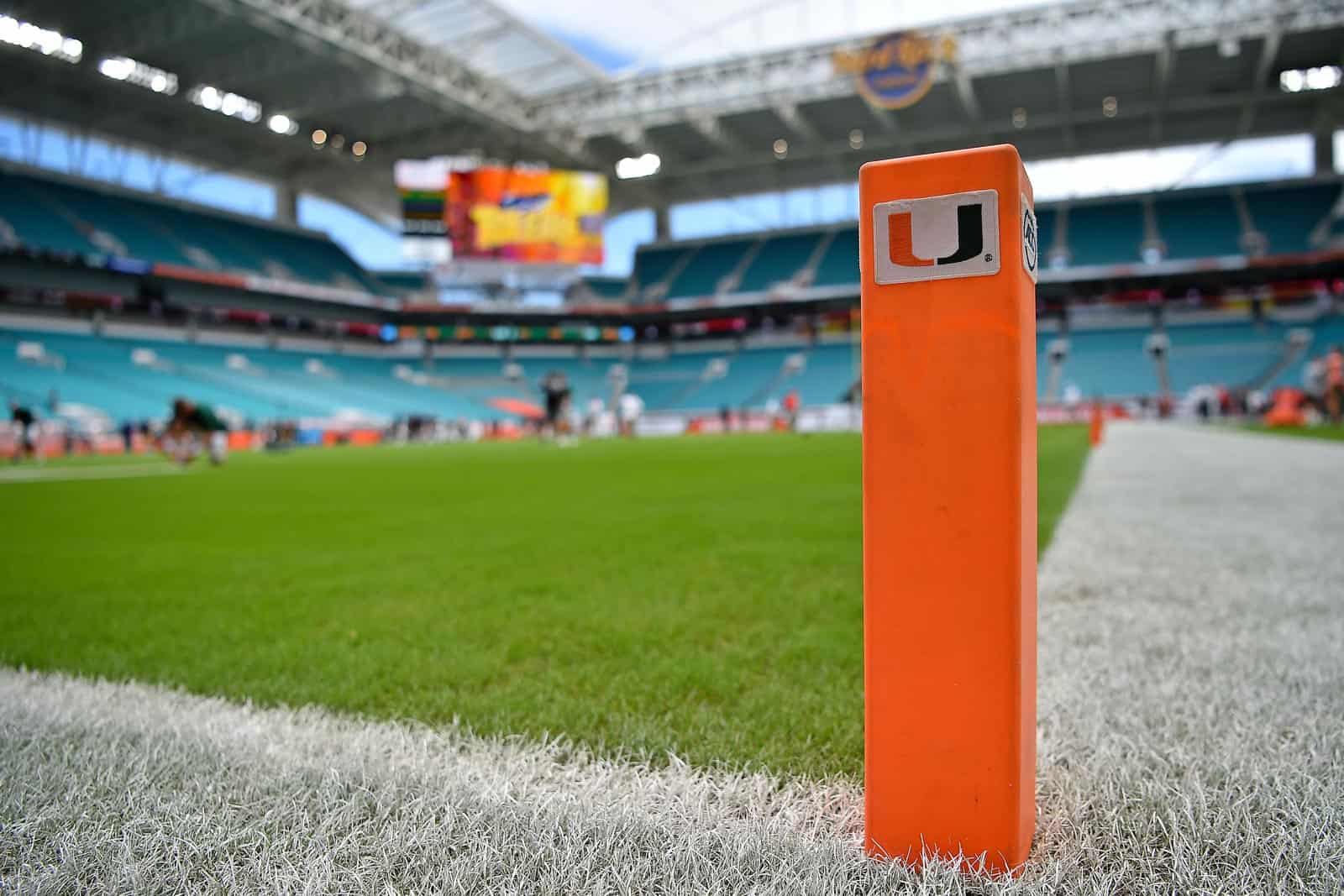 The Miami Hurricanes and the BYU Cougars have scheduled a home-and-home football series for the 2026 and 2028 seasons, it was announced on Thursday.

The series will kickoff with Miami hosting BYU at Hard Rock Stadium in Miami Gardens, Fla., on Saturday,  Sept. 19, 2026. Two seasons later, the Hurricanes will return the trip to play the Cougars at LaVell Edwards Stadium in Provo, Utah, on Saturday, Sept. 2, 2028.

“We are excited to add BYU to our future football schedule,” Miami Director of Athletics Blake James said. “We remain committed to scheduling top programs for our non-conference games and showcasing The U across the country.”

Miami and BYU have met twice previously on the gridiron. The two schools split a home-and-home series back in 1988 and 1990, with the Hurricanes winning the first game 41-17 in Miami Gardens and the Cougars taking the second game 28-21 in Provo.

“We are excited to announce this series with Miami,” said BYU director of athletics Tom Holmoe. “We are always looking for opportunities to schedule storied football programs like Miami. Traveling to ACC country and competing in an NFL stadium will be a great experience for our coaches, players and fans. We are also excited to have the Hurricanes return to LaVell Edwards Stadium. I was a graduate assistant at BYU in 1990 when Miami came to Provo. It was one of the great games in BYU football history.”

BYU is the third announced non-conference opponent for Miami in both seasons. The Hurricanes’ 2026 slate also includes a home game against the Florida A&M Rattlers on Sept. 12 and a road game at the South Carolina Gamecocks on a date to be determined (previously Sept. 5).

The 2028 schedule for Miami also features a home contest against the USF Bulls on Sept. 9 and a trip to South Bend to take on the Notre Dame Fighting Irish on a date to be announced.

Both teams seem to be on the up and up. Looking forward to it