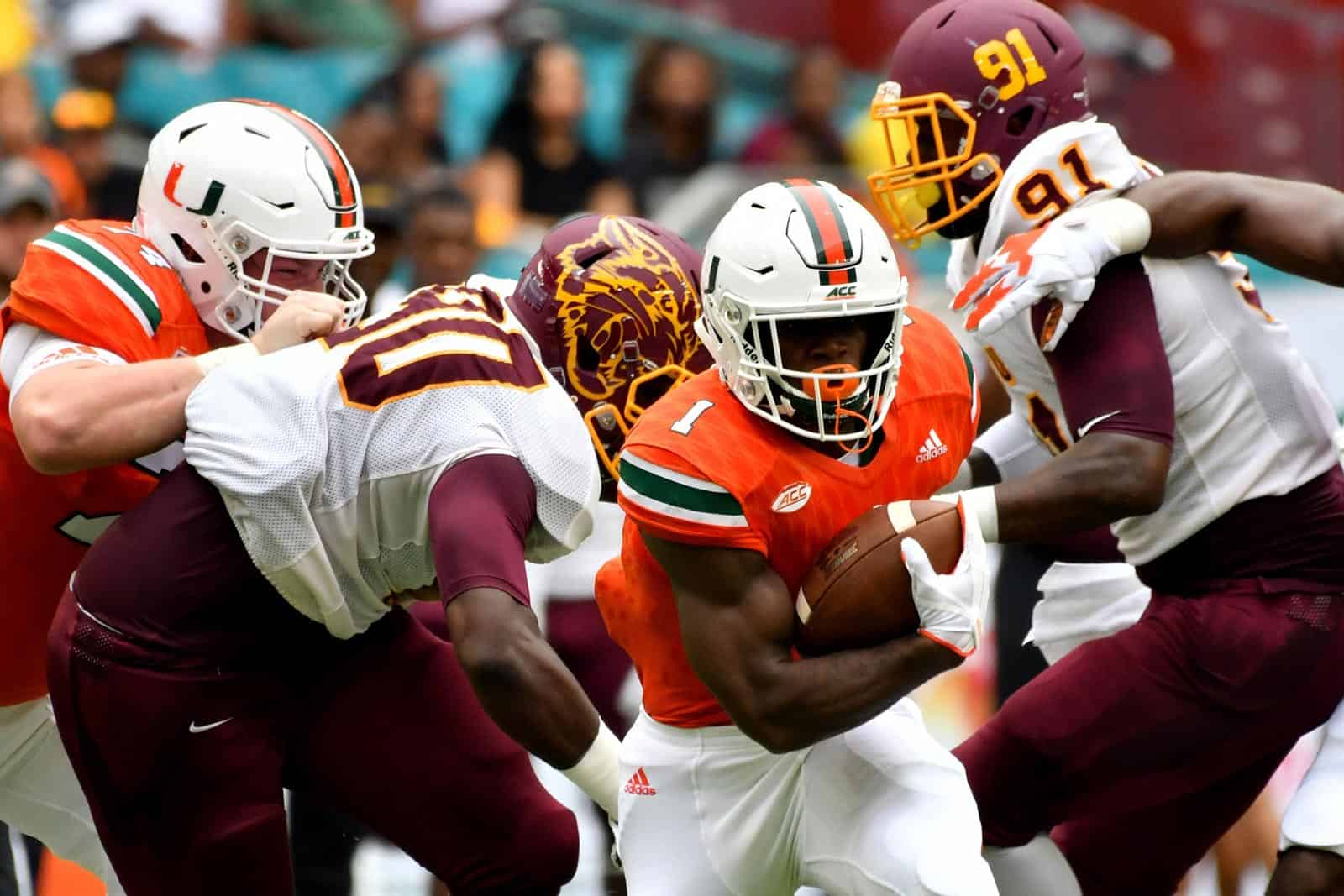 The Miami Hurricanes have added the Bethune-Cookman Wildcats to their 2019 football schedule, according to a report by Barry Jackson of the Miami Herald.

Miami will host Bethune-Cookman at Hard Rock Stadium in Miami Gardens, Florida, in their second contest of the season, per the report. That would likely put the game on Saturday, Sept. 7, pending the release of the 2019 ACC football schedule.

Miami and Bethune-Cookman first met on the gridiron in 2011. The Hurricanes won the most recent meeting 41-13 in 2017 and now lead the overall series 4-0.

Bethune-Cookman, located in Daytona Beach, Florida, is a member of the Mid-Eastern Athletic Conference (MEAC) in the Football Championship Subdivision (FCS). The Wildcats finished the 2018 season 7-5 overall and 5-2 in MEAC play.

The Miami Herald has also reported that Miami will play one of their non-conference opponents, the FIU Golden Panthers, at Marlins Park in 2019. That game is set for Nov. 23.

Marlins Park, the home of the Miami Marlins, has a seating capacity of 34,000 for football. Because it’s an FIU home game, the schools agreed to play off campus since Riccardo Silva Stadium only seats 20,000.

Miami is scheduled to open the 2019 season against the Florida Gators in the Camping World Kickoff on Saturday, Aug. 31. The game will be played at Camping World Stadium in Orlando, Florida.

The fourth non-conference opponent Miami is scheduled to play in 2019 is Central Michigan on Sept. 21 at Hard Rock Stadium.

The 2019 ACC football schedule has not been released yet but is expected this month. Miami is scheduled to host Georgia Tech, Louisville, Virginia, and Virginia Tech and to travel to Duke, Florida State, North Carolina, and Pitt.

Darn! I was really hoping Miami and ECU could have worked something out for 2019

The ACC announced that the football schedule is coming out tomorrow. It’ll be interesting to see what happens with UNC, which was the only team besides Miami without a Sept. 7th partner. Now the Tar Heels are probably looking at a Week 2 bye unless they can move Mercer into that slot…