Miami at Arkansas State canceled due to Hurricane Irma 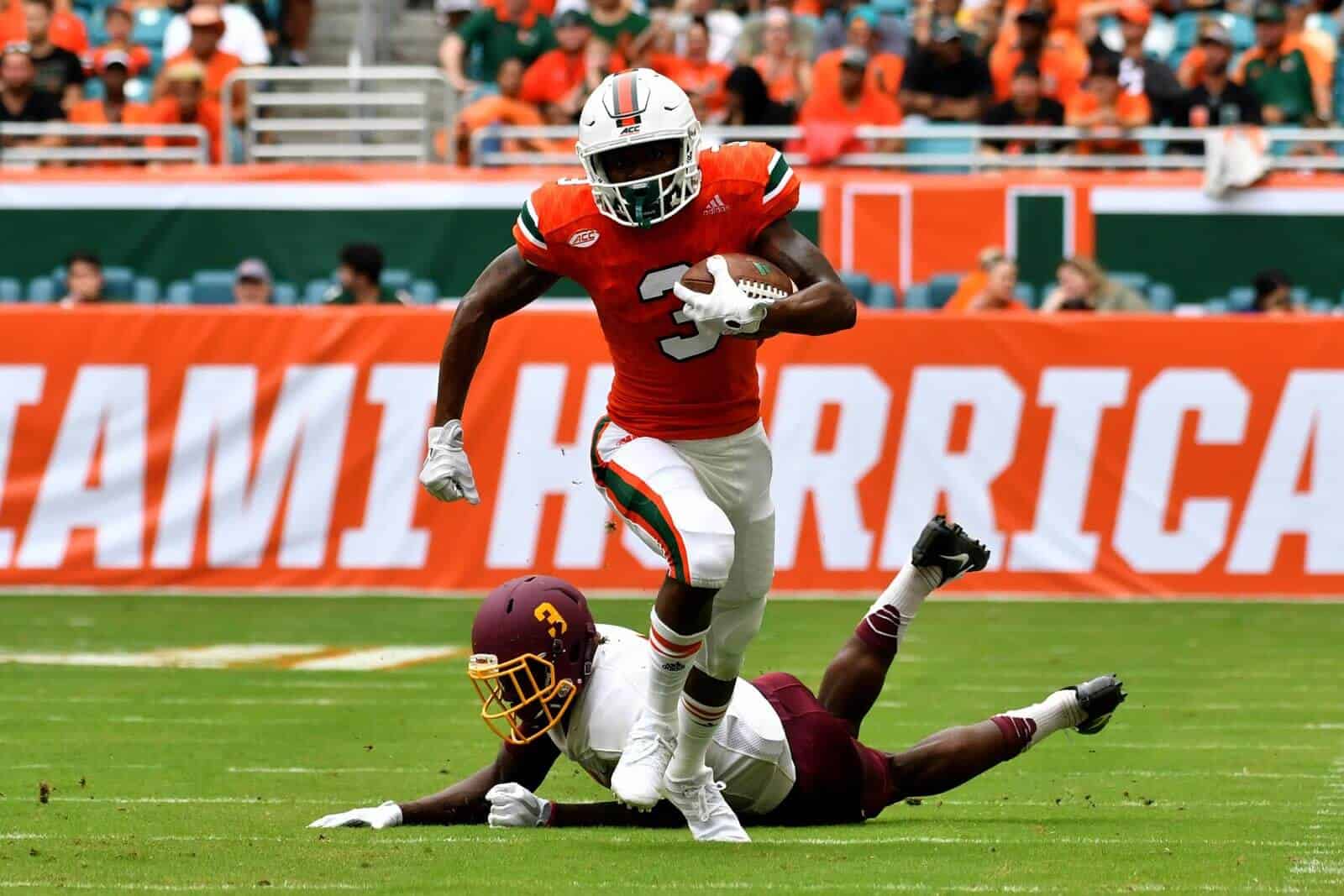 Hurricane Irma, currently a Category 5 hurricane, continues to have an affect on week two of the college football schedule. FIU at UCF has already been moved to Friday, and now one game has been canceled altogether.

The Miami Hurricanes were scheduled to travel to take on the Arkansas State Red Wolves this Saturday. But due to Irma and its likely affect on the Miami team trying to return home from Jonesboro, Arkansas, the game has been canceled.

Arkansas State and Miami don’t share an open date this season, and the Red Wolves are scheduled to play a regular-season game on Dec. 2. Therefore, the game won’t be made up this season.

It remains to be seen whether Miami will eventually play at Arkansas State in a future season. Most contracts have stipulations that games canceled due to hurricanes do not have to be made up and that neither party is financially liable to the other.

“Having lived in Palm Beach County for seven years, my thoughts and prayers are with everyone in South Florida as they prepare for Hurricane Irma,” Arkansas State Director of Athletics Terry Mohajir said via a statement.

“Over the past 24 hours I had numerous exchanges with University of Miami Athletics Director Blake James, offering to make additional accommodations for his players and program to assist them with their trip to Memphis and Jonesboro. This morning I spoke with Blake (James), who informed me their team will not be making the trip to Jonesboro to play in our game this Saturday.

“I appreciate the Sun Belt Conference office, Commissioner Karl Benson and ESPN’s work to give us the option to move the game and broadcast to Friday night, which gave the University of Miami an alternative. Ultimately, the Miami administration made the decision not to travel.

“We are currently working through all the variables associated with the game not being played. We will keep the fan base and media updated as we know more.”

Don’t mean to sound obnoxious, but this game did not have to be cancelled. It was not being played in Miami.

They were concerned about travel back to Miami on Saturday night/Sunday morning. Could have been played Friday, but it’s just a game.

I am with Kevin here…..maybe the NCAA will allow both squads to pick up a game with a FCS team so they have a better chance to get the 6 wins needed to go bowling. I know Colorado did that a few years back after a huge storm caused their game with Fresno State to be canceled.

FAU didn’t cancel a trip to Wisconsin. FIU moved a home game to Birmingham. UF, FSU, UCF and USF changed start times but Miami cancels a trip to Arkansas State. Would’t the players be better off in Jonesboro or Memphis than Miami during a hurricane? If it was Arkansas State coming to Miami it would make sense. Arkansas State even offered to move the game to Friday so Miami could get back before the storm.

I understand Miami’s concerns but this hurts Jonesboro community. This would most likely be the largest crowd the Red Wolves would have all season. Miami should at least agree to schedule another game in Jonesboro in the very near future.

There is a better solution that only requires cooperation from the ACC, its TV partners, Duke and Virginia:

So Duke flip-flops games by one week, Virginia flip-flops its open dates and the Miami/ASU game gets played.

Unless I am missing something, this gives everyone 12 games with minimal disruption. A little creative thinking goes a long way.

Creative thinking is not allowed in the social media era.