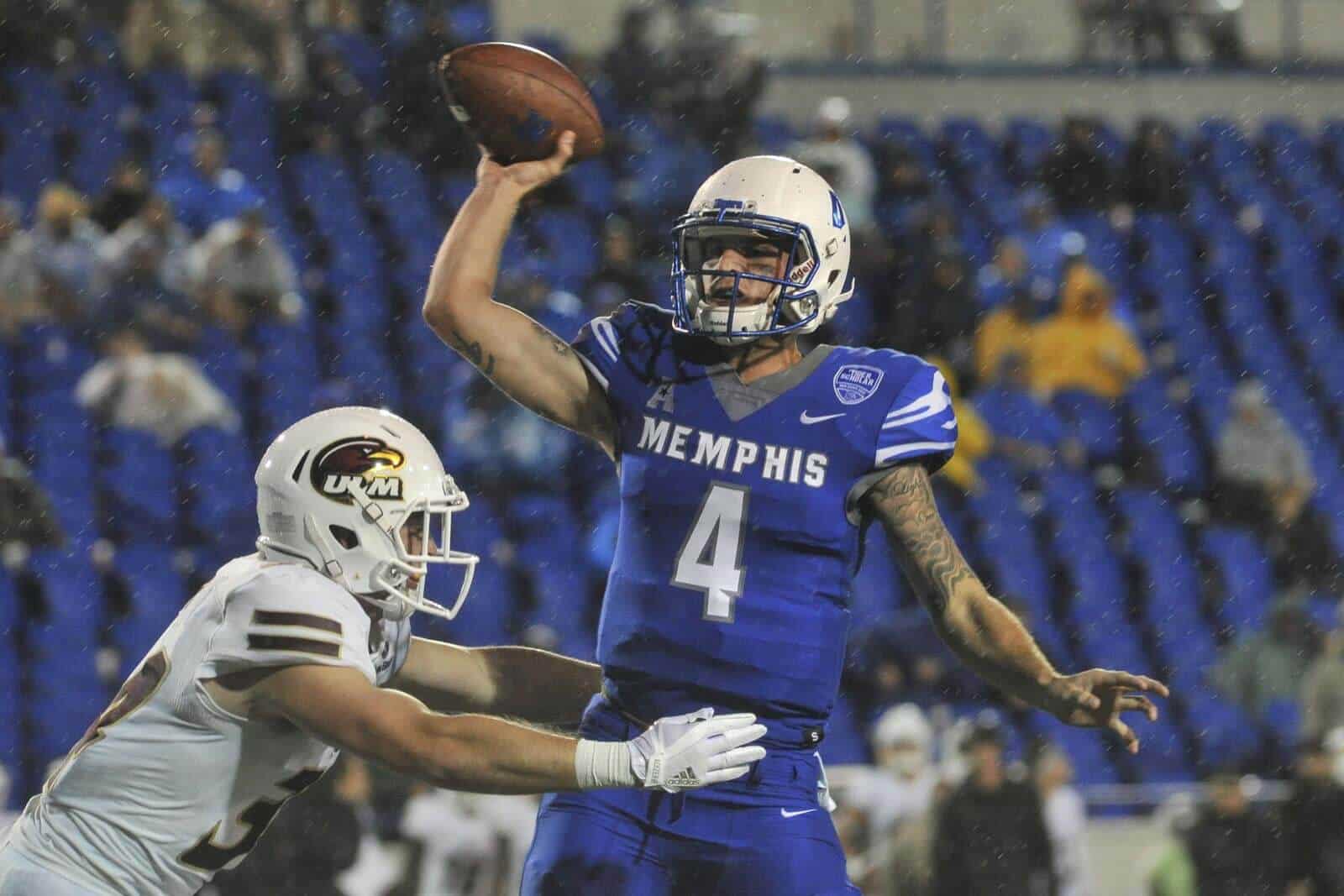 The Memphis Tigers have canceled this seasons game against the Georgia State Panthers in order to play at UCF, the school announced on Thursday.

Memphis was scheduled to play at Georgia State on Sept. 30 in Atlanta, but the Tigers will now travel to play UCF in an American Athletic Conference matchup on Sept. 30. The contest makes up for their Week 2 game that was postponed due to Hurricane Irma.

Per the contract, Memphis will have to pay Georgia State $1.1 million for cancelling the game. The American Athletic Conference will pay the fees, according to the Memphis Commercial-Appeal.

Also per the Commercial-Appeal, Memphis will make up the game at Georgia State during the 2023 season.

According to Georgia State Director of Athletics Charlie Cobb, the school will search for a new opponent to play. The Panthers now have Sept. 30 and Nov. 18 open.

“We are disappointed for our fans and our football program with the cancellation of this game, but it is beyond our control,” Cobb said. “All we can do is search for a suitable replacement, preferably a home FBS game this season.”

UCF was scheduled to host Maine on Sept, 30, but has canceled that game in order to host Memphis . The Knights have an open date on Oct. 28 and are searching for an FCS opponent to replace Maine.

“We owe a huge thank you to Karlton Creech and Joe Harasymiak at Maine for their helpfulness and understanding with this situation,” UCF UCF Vice President and Director of Athletics Danny White said. “Of course, this wouldn’t have happened without great input and assistance from Mike Aresco, Scott Draper and others in our conference office. Tom Bowen and Mike Norvell also deserve a thank you from us for being open to making this game happen.”

why not play the game on the Thursday or Friday before Army-Navy day?

Georgia State should invite UMaine to come there instead, since Memphis canceled. After all, Georgia State was briefly in the CAA with UMaine…. It’s an “old brief rivalry”.

And Georgia State lost to Tennessee State, so I think an FCS win would count towards bowl eligibility?

I doubt UTSA would be willing to go on the road since they had a home game canceled.