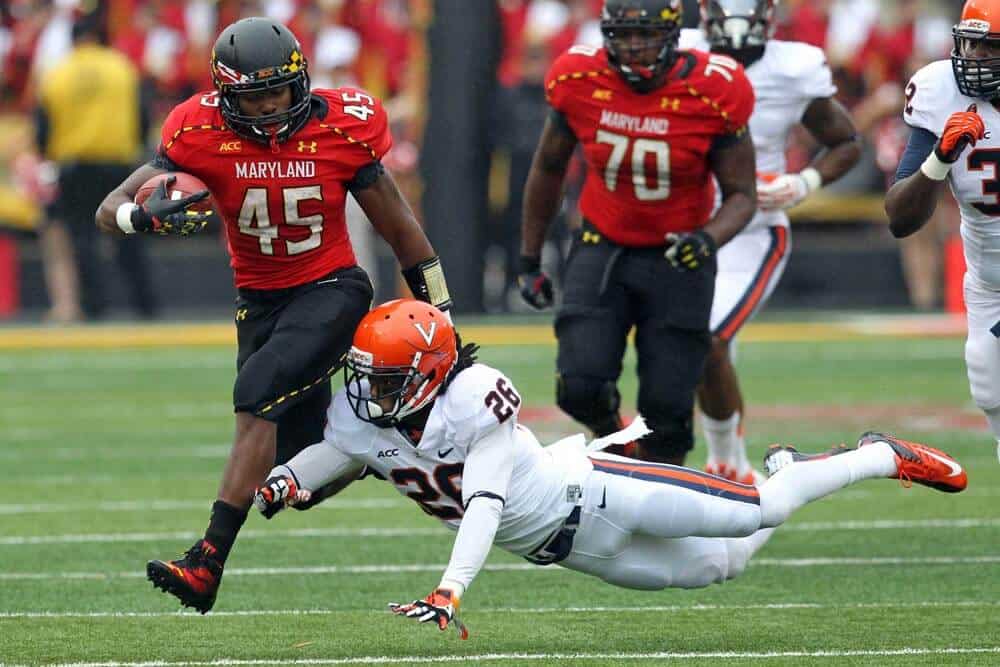 The Maryland Terrapins and the Virginia Cavaliers will play a home-and-home football series in 2023 and 2024, both schools have announced.

Maryland will host Virginia in the first game of the series at Maryland Stadium on Sept. 16, 2023. The Terrapins will then travel to face the Cavaliers at Scott Stadium in Charlottesville on Sept. 14, 2024.

“There has been discussion about getting Maryland back on our schedule since I arrived, so I am pleased we could work out the details for a series,” said Virginia head coach Bronco Mendenhall. “The schools have so much history as conference rivals. I believe this is a series that benefits both programs and I’m sure the fans of both schools will be excited to hear this announcement.”

Virginia is the second announced non-conference game for Maryland in 2023 and first for 2024. The Terrapins are also slated to host Charlotte in 2023.

The Cavaliers now have two non-conference games set for both seasons. Virginia is also set to host BYU in 2023 and travel to Notre Dame in 2024.

Virginia has also added a home game against the VMI Keydets on Sept. 12, 2020. The Cavaliers face Georgia just five days prior on Monday, Sept. 7 (Labor Day) in the second of two Chick-fil-A Kickoff Games that season.

They need to play every year.

MD should still be in the ACC if we’re trying to be realistic here.

If MD alternated VA and WVA I would be a very happy Terps fan. If they played both each year I would be even happier.

Would like to see Maryland play Navy once in a while, too. They’re practically next-door neighbors.l

I would take that a step further, Maryland should drop down the the sub division 1-AA level. Just maybe, they will be able to win some games. Simply look at their past history over the last 5 years. As an avid supporter of this program….I’m tired of the promises of a winning program, simply look the number of head coaches that have come through.

There was a time when Maryland was good, moving to the BIG has not been easy plus the Terps are more of a basketball school then football. BIG has invested a lot in Maryland so I highly doubt dropping to FCS level will ever happen. They will come around, may be good for 7-9 wins a season though.

No Maryland should not drop down their football program! They have beaten once in three years every team in their conference except Ohio State, and we have been to bowl games twice with average coaching. Better years are ahead of us, will we rival OSU and Michigan, probably not but we will be better than Rutgers and Indiana.

I wish they would play the week after thanksgiving the same time as Georgia v Ga TEch, S. Carolina v Clemson, Fl v FL St, etc. The trend that needs to grow beyond the SEC and ACC. Iowa v Iowa St should move their game back in the season as well, Penn State v Pitt.

Pitt should end with Penn State and WVU. I don’t care if they’re in separate conferences.

I think Virginia should end the season against Va. Tech, not Maryland.

Penn State, Rutgers, West Virginia, Maryland, UConn, and Notre Dame should all be in the ACC.

For Thanksgiving weekend, I also agree with Iowa-Iowa State, Nebraska can pair up with Missouri, Arkansas with Memphis (or Tulsa), LSU with Tulane, and Michigan State with Cincinnati.