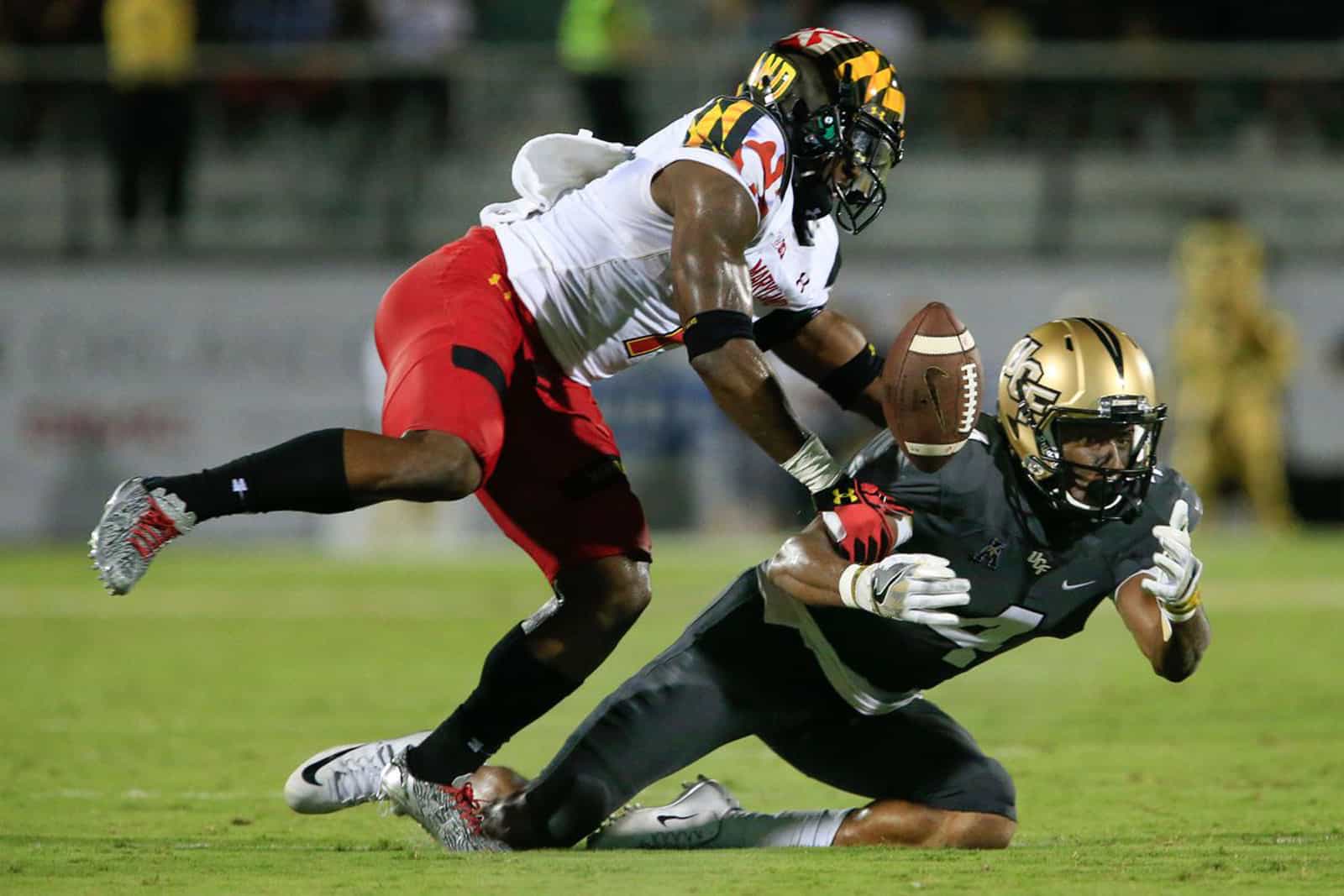 The Maryland Terrapins and the UCF Knights have scheduled a home-and-home football series for the 2025 and 2028 seasons, both schools announced on Wednesday.

In the first game of the series, Maryland will host UCF at Maryland Stadium in College Park, Md., on Saturday, Aug. 30, 2025. The series will conclude three seasons later with the Terrapins traveling to face the Knights at the Bounce House in Orlando, Fla., on Saturday, Sept. 9, 2028.

“Maryland represents another strong series for UCF against a Big Ten opponent,” says UCF vice president and director of athletics Terry Mohajir. “These will be attractive intersectional matchups for fans of both programs.”

Maryland and UCF’s only previous meetings on the gridiron came in a home-and-home series in 2016 in Orlando and 2017 in College Park. The road team won both contests, with Maryland coming on top 30-24 in 2016 and UCF winning the following season, 38-10.

UCF is the second scheduled non-conference opponent for Maryland for both the 2025 and 2028 seasons. The Terrapins are also scheduled to play at Northern Illinois in 2025 and host Virginia Tech in 2028.

The UCF Knights now have three scheduled non-conference opponents in 2025. Other opponents include Florida Atlantic on Sept. 13 and North Carolina on Sept. 20, both at the Bounce House in Orlando.

Maryland is the first announced non-conference opponent for UCF in 2028.