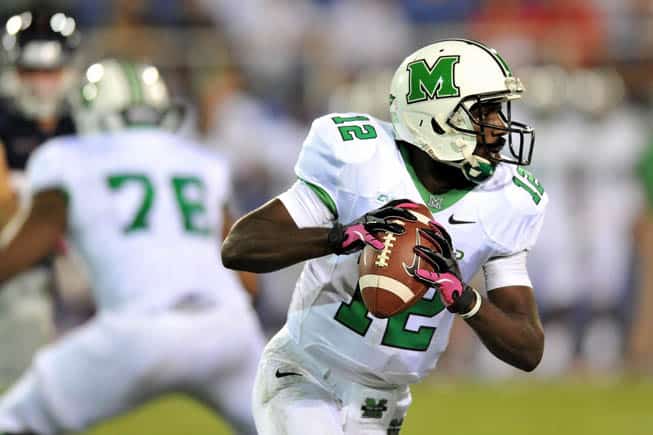 The Marshall Thundering Herd and the Ohio Bobcats will play a home-and-home football series in 2019 and 2020, both schools announced today.

Marshall will host the first game of the ‘Battle for the Bell’ series at Joan C. Edwards Stadium in Huntington, West Virginia on Sept. 14, 2019. The Herd will then travel to face the Bobcats at Peden Stadium in Athens on Sept. 19, 2020.

The Thundering Herd and the Bobcats have met 57 times overall, and Ohio leads the series 32-19-6. Marshall has won 10 of the last 14 matchups, but Ohio has taken the last three meetings.

Ohio is the first announced non-conference opponent for Marshall for the 2019 season. In 2020, the Herd are also set to play at East Carolina on Sept. 5.

Marshall is Ohio’s first scheduled opponent for 2019. The Bobcats are also scheduled to host Cincinnati in 2020.

This is a nice little rivalry. They have played every regular season since 2010 (and in a 2009 bowl game). They need to come up with a more infectious name for the game (Gang Green Shootout or something to that effect).

Marshall needs to quit playing and come back home to the MAC where they belong.