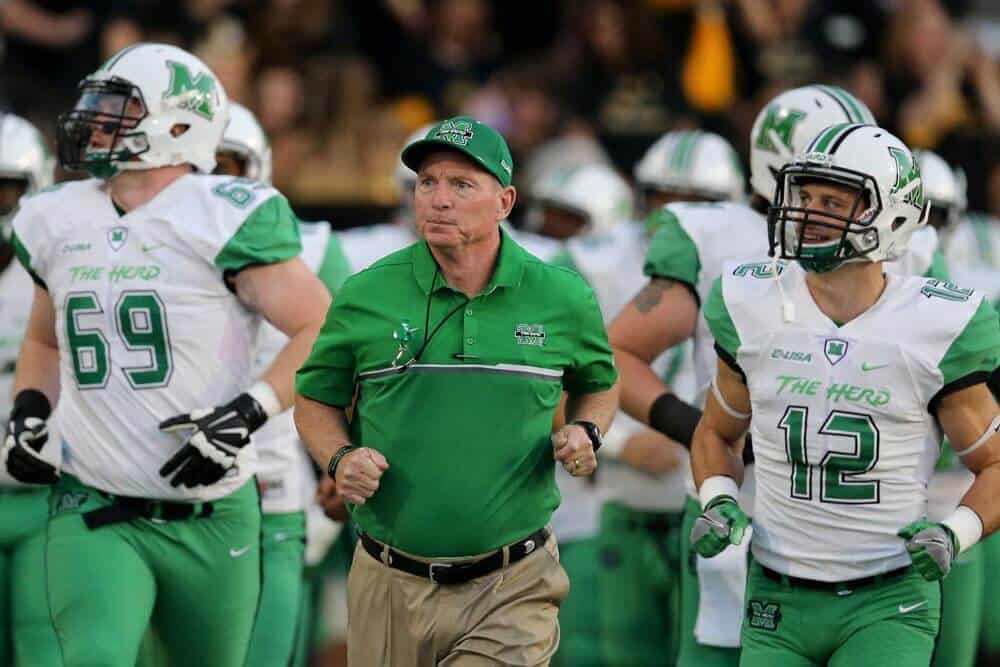 The Marshall Thundering Herd will host the Eastern Kentucky Colonels in 2018 and the VMI Keydets in 2019, FBSchedules.com has learned.

Marshall will host Eastern Kentucky at Joan C. Edwards Stadium in Huntington, West Virginia on Sept. 8, 2018. The Colonels will receive a $375,000 guarantee for the game, according to a copy of the contract obtained from Marshall University via an FOIA request.

EKU is a member of the Ohio Valley Conference in the Football Championship Subdivision. The Colonels finished the 2016 season 3-8 overall and 1-6 in conference play.

The addition of Eastern Kentucky tentatively completes Marshall’s non-conference schedule in 2018. The Thundering Herd is slated to open the season at Miami (OH) on Sept. 1, travel to South Carolina on Sept. 15, and host NC State on Sept. 22.

VMI (Virginia Military Institute) competes in the Southern Conference in the FCS. In 2016, the Keydets went 3-8 overall and 1-7 against SoCon opponents.