Maine to play at Florida International, host Long Island in 2023 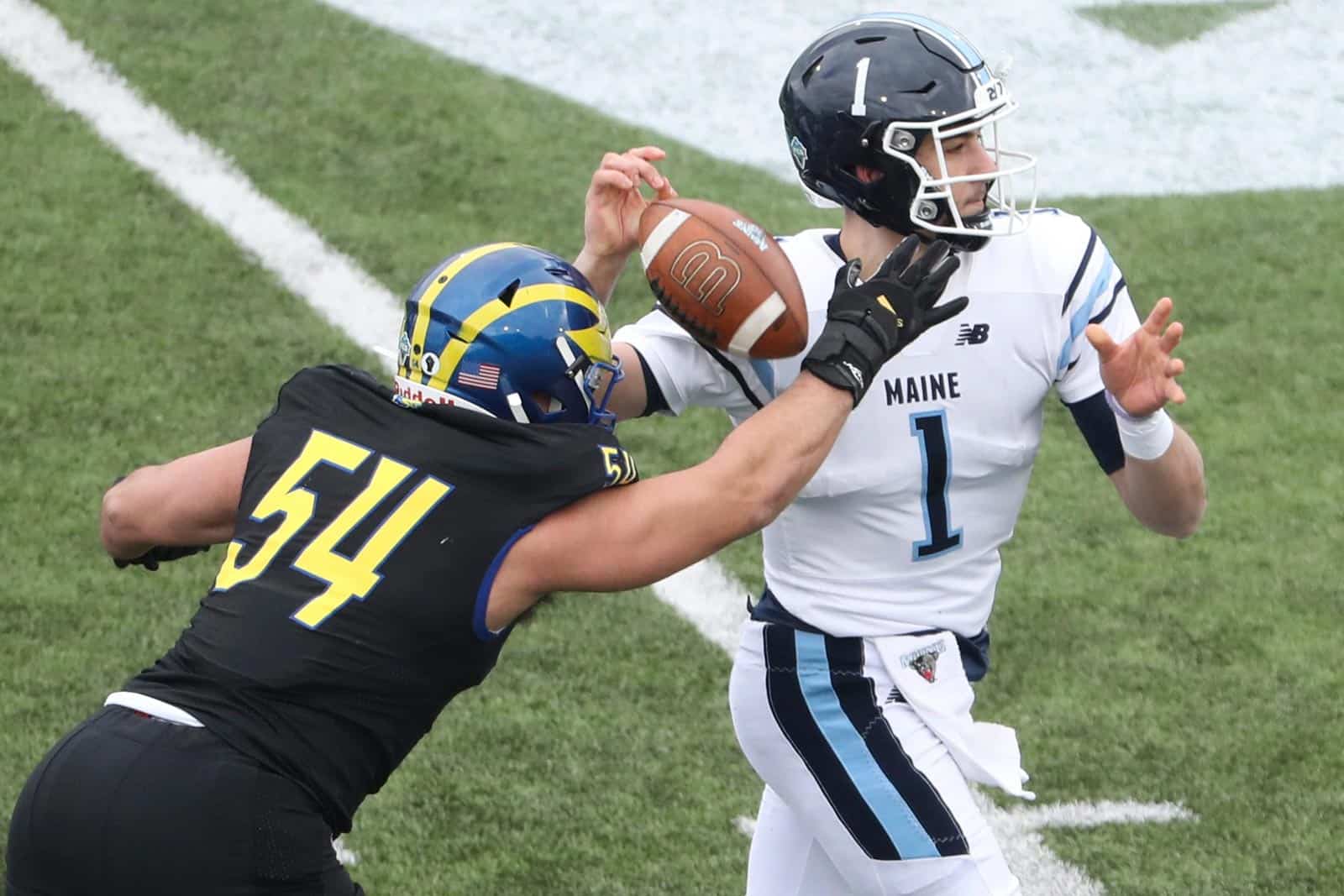 The Maine Black Bears will play at the Florida International Panthers (FIU) and host the Long Island Sharks (LIU) in 2023, FBSchedules.com has learned.

Copies of contracts for games with Florida International University and Long Island University were obtained from the University of Maine via a state Freedom of Information Act request.

Maine will travel to face FIU at Riccardo Silva Stadium in Miami, Fla., on Thursday, Aug. 31, 2023. The Panthers will pay the Black Bears a $250,000 guarantee for the contest, according to the copy of the contract.

Additionally, the contract also includes a men’s basketball game between the two schools at Ocean Bank Convocation Center in Miami in either November or December of 2023.

The LIU Sharks will travel to take on Maine at Alfond Stadium in Orono, Maine, on Saturday, Oct. 14, 2023. Maine will pay LIU a $100,000 guarantee for playing the game, per the contract copy.

The 2023 Maine-LIU contest will mark the first-ever meeting on the gridiron between the two schools.

With the addition of FIU and LIU, Maine has now tentatively completed its 2023 non-conference schedule. The Black Bears are also scheduled to travel to face the North Dakota State Bison on Sept. 9 that season.

FIU now has three non-conference opponents set in 2023. The Panthers are also slated to play road contests at the UConn Huskies on Sept. 16 and at the Arkansas Razorbacks on Nov. 18.

As someone who grew up in ME from 6-16 Years young, Maine State University student Family Attendees, Administrators, Patron business Sponsors, state Legislators have a lot to do to move U. of Maine Black Bears FB to the Top of the C olonial A thletic A ssociation championship Hill.

The same old social establishment, state precedent, “…this is how James Madison State U., U. of New Hampshire, U. of Rhode Island, U. of Delaware, Towson State U., U. of Albany, College of William & Mary of Virginia, SUNY – Stony Brook Unis. do it,” way of doing college business fails over and again.

1-AA fcs Fans will notice that only JMU Dukes won a National Championship. The other 7 Institutions hardly ever compete in the Playoff.
Yes Maine competed in 2018 all the way through the national Semifinals, their best Season ever.
Unfortunately, Maine has had 3 HCs from 2018 to now.
Will this brand new HC, Jordan Stevens be able to build winning culture consistently & fast @ the Bears? He is a successful ME Native & Alumnus, I hope that translates to winning Culture.
The new transfer portal merrygoround makes it hard.
Coach Stevens was AHC & co-DC/LB co-DC/DL Coach for 3 full Seasons @ Yale U. Bulldogs.
1st HC Job here.
A lot of OJT @ Yale U..
Will it translate to ME & what Staff he can get,?
Players he can get who are above average 1-AA Workers @ their FB Craft & have high Ceilings in developmental motivation, commitment, Talent?
Your Thoughts, observations, Maine Fans, CAA Fans wisdom, knowledge…?