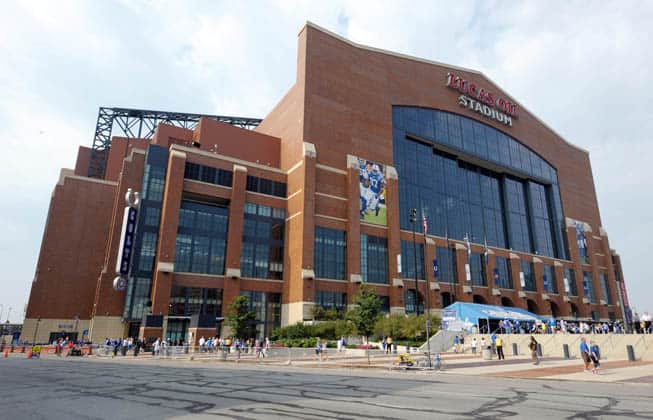 Stadium Journey, a website and monthly magazine which focuses on rating stadium experiences from around the world, has released its ranking of NFL Stadium Experiences for the 2013 season.

The highest rated NFL venue for the third consecutive season is Lucas Oil Stadium, home of the Indianapolis Colts. Lucas Oil Stadium received a FANFARE Score of 4.9 and was described by Stadium Journey Special Correspondent Sean MacDonald as possibly “the best sports experience in the world.”

Coming in at number two is Heinz Field, home of the Pittsburgh Steelers. Heinz Field also attained a FANFARE Score of 4.9 and was described by MacDonald as “the best the NFL has to offer” and the city of Pittsburgh as “one of the premier sports destinations in the country.”

Listed below are the Top 10 NFL stadium experiences for the 2013 season. See the article for the full ranking of all 32 stadiums.