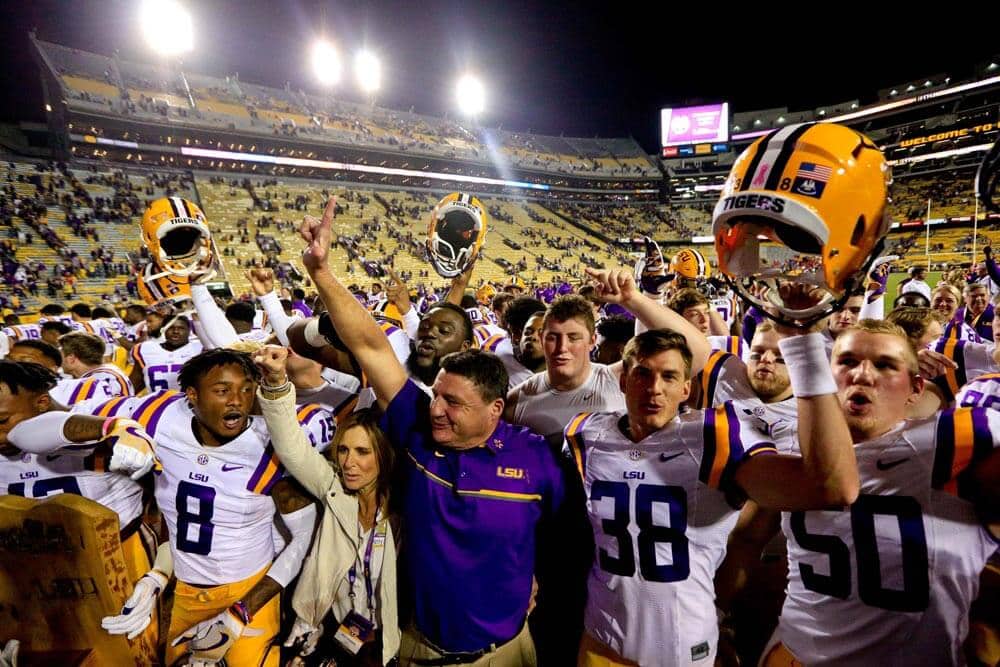 The LSU Tigers have added the Utah State Aggies to their 2019 football schedule, FBSchedules.com has learned.

LSU will host Utah State at Tiger Stadium in Baton Rouge on Oct. 5, 2019. The Aggies will receive a $1.5 million guarantee for the game, according to a copy of the contract obtained from LSU via a public records request.

Utah State was previously scheduled to host BYU on Friday, Oct. 4. With the Aggies now playing at LSU on Oct. 5, the BYU game will likely move to another date that season.

The Aggies are slated to open the 2019 season on Thursday, Aug. 29 at Wake Forest and need one more non-conference game to complete their schedule.

Last September, HoumaToday.com reported that Nicholls State will play at LSU in 2020.

According to a copy of the contract obtained from LSU by FBSchedules.com, Nicholls State will play at LSU on Sept. 5, 2020 and will receive a $575,000 guarantee for the game.

LSU was previously scheduled to host Idaho in 2020. Due to the Vandals dropping down to the FCS in 2018, LSU has officially canceled the game and will pay no penalty, according to a copy of the cancellation letter, dated March 13, 2017, obtained by FBSchedules.com.