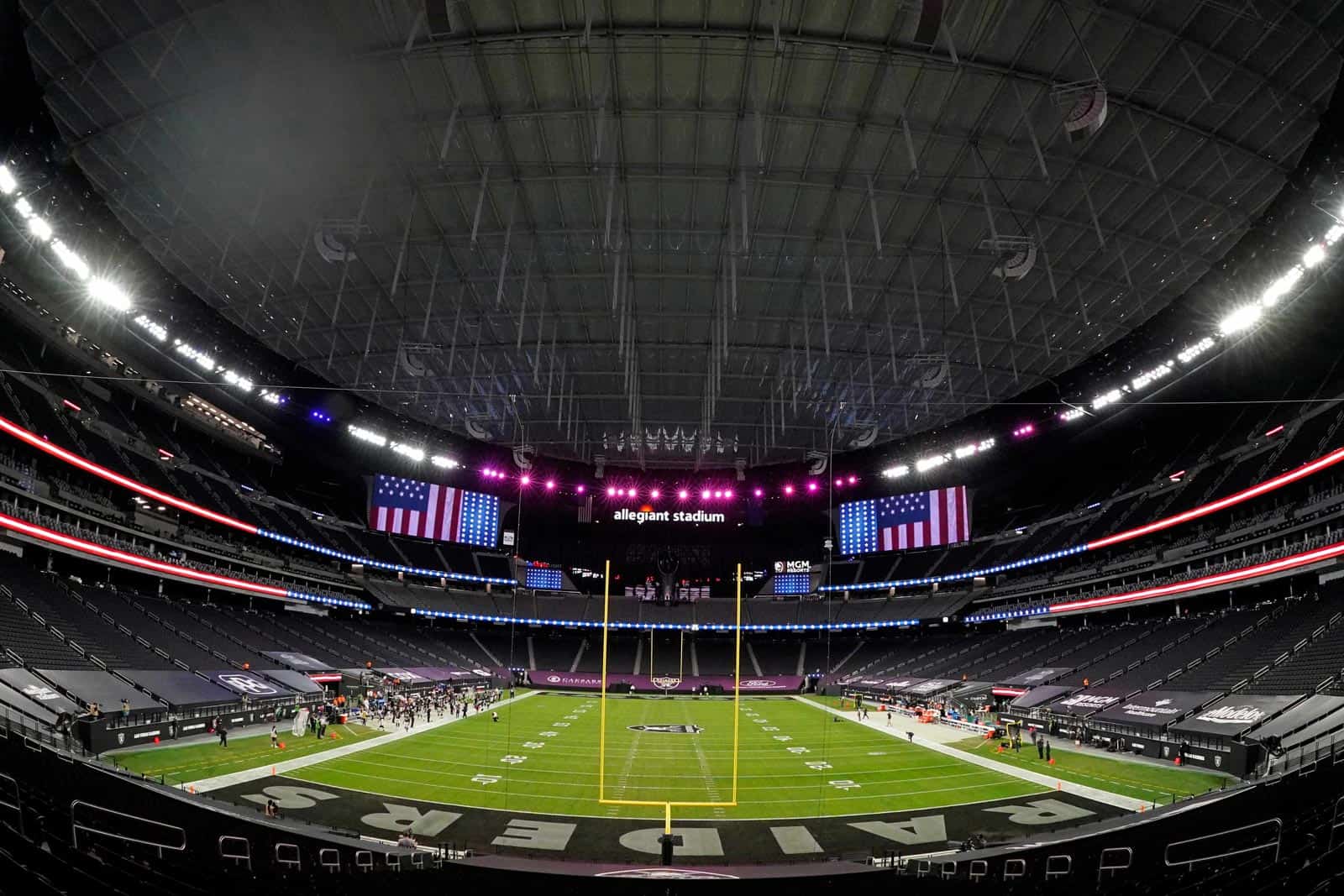 The LSU Tigers and the USC Trojans will play in Las Vegas in 2024, per a report from Ross Dellenger of Sports Illustrated.

According to the report, LSU and USC will square off on Labor Day weekend at Allegiant Stadium in Las Vegas, Nevada. The Vegas Kickoff Classic game will likely be televised by an ESPN network.

Allegiant Stadium is the new home of the NFL’s Las Vegas Raiders and also the UNLV Rebels. The stadium opened in 2020 and has a seating capacity of 65,000, which is expandable to 71,835.

In two previous meetings on the gridiron, LSU and USC are tied at one game apiece. The Trojans won in Baton Rouge, 17-12, in 1979 before the Tigers evened the series with a 23-3 win in Los Angeles in 1984.

The Arizona Wildcats and the BYU Cougars are scheduled to open the 2021 season in the Vegas Kickoff Classic on Saturday, Sept. 4. Future kickoff games at Allegiant Stadium in Las Vegas have not yet been officially announced.

LSU was previously scheduled to open the 2024 season against the UCLA Bruins at home at Tiger Stadium in Baton Rouge, La.. The game is the second of a home-and-home series that begins this season in Los Angeles, Calif., on Saturday, Sept. 4.

Per a report from All Bruins, the UCLA at LSU game in 2024 will be pushed back three weeks to Saturday, Sept. 21. The remainder of the Tigers’ non-conference slate in 2024 features home contests against the Rice Owls on Sept. 7 and the South Alabama Jaguars on Sept. 28.

USC previously had an open spot on their non-conference schedule in 2024 and the Aug. 31 date was not occupied by another opponent. The Trojans are also slated to host the San Jose State Spartans on Sept. 7 and the Notre Dame Fighting Irish on Nov. 30.

Like this matchup a lot, but a home and home would have been even better.